Blackstone Minerals continues to strike nickel sulphides at the company’s King Snake discovery in Vietnam, with diamond drilling intersecting 19.55 metres of disseminated to massive sulphide mineralisation within the emerging high-grade vein system. This latest interval follows up on a raft of new intercepts from two electromagnetic targets identified below the high-grade discovery, with the sulphide lode appearing to thicken at depth. 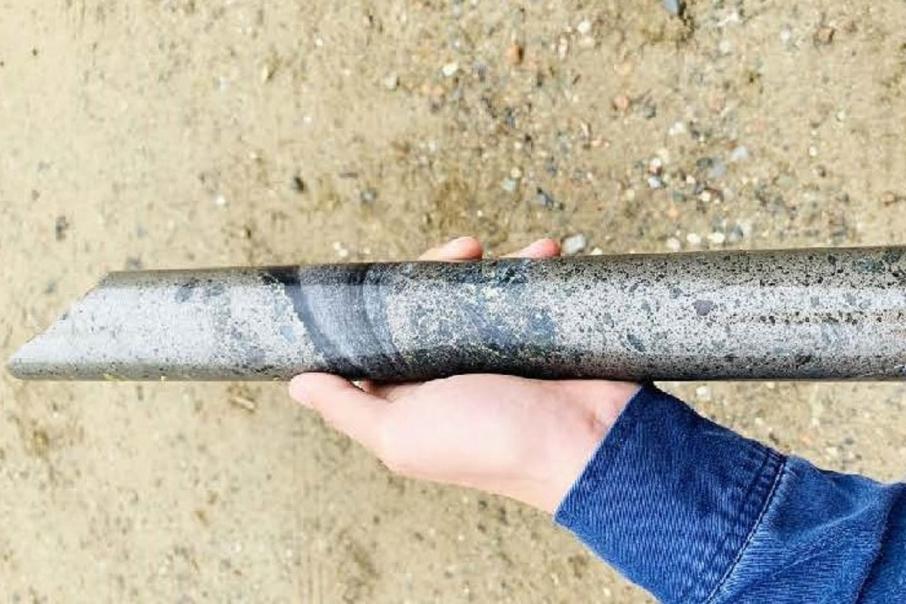 Blackstone Minerals continues to strike nickel sulphides at the company’s King Snake discovery in Vietnam, with diamond drilling intersecting 19.55 metres of disseminated to massive sulphide mineralisation within the emerging high-grade vein system. This latest interval follows up on a raft of new intercepts from two electromagnetic targets identified below the high-grade discovery, with the sulphide lode appearing to thicken at depth.

Recent drilling of the deeper EM targets shows the sulphide vein extends along more than 800m of strike and appears to become wider with depth. Multiple drill holes at King Snake have returned intercepts hosting more than 10m of sulphide mineralisation, hinting at a larger mineralised system in the bowels of the discovery.

Blackstone Minerals Managing Director, Scott Williamson said:“We are pleased by the rate of drilling at King Snake and the success of our exploration strategy in following up EM targets defined by our in-house geophysics team. King Snake features multiple EM plates and is proving to be one of Blackstone’s best massive sulfide nickel opportunities to date. We look forward to further aggressive drilling, reporting assays as they become available and being able to incorporate King Snake into our massive sulfide strategy.”

The company’s project extends over more than 15km of strike in the Ta Khoa district and takes in more than 25 recognised nickel prospects. Exploration has identified a wealth of high-grade MSV targets through the project area including the prospects at Ban Chang, King Cobra and the company’s newest discovery at Viper.

Blackstone is now looking to systematically convert these high-grade discoveries into resources and reserves, with multiple rigs currently on site at Ban Chang drilling out the maiden resource across the prospect.

Whilst Blackstone’s 2020 scoping study proposed a bulk mining operation to create a precursor product for use by lithium-ion battery manufacturers, the company’s continuing success in delineating high-grade MSVs is now starting to pay dividends. Blackstone says the discoveries are building a high-grade nickel-copper inventory which may support a restart of the company’s nearby Ban Phuc sulphide plant.

The sulphide mill at Ban Phuc is a modern plant originally commissioned in 2013 when it began processing ores from the adjacent Ban Phuc MSV prior the operation being shuttered in 2017 due to a fall in the nickel price, which plumbed the depths of about US$9,000 a tonne at the time.

However, with the nickel price having now more than doubled and trading US$18,500 a tonne, at an 8-year high, the company is looking at its production asset in a new light and perhaps preparing to pull the covers off the low-mileage operation to generate a welcome cash flow.

Resource drilling at the Ban Chang MSV is charging ahead and with the King Snake discovery also coming up trumps, Blackstone is building a solid book of massive sulphide resources.

With nickel and copper prices reaching for new highs, Blackstone’s Ban Phuc plant represents a solid opportunity for the company to potentially move into mining and propel the company into the elite ranks of the ASX’s nickel producers.