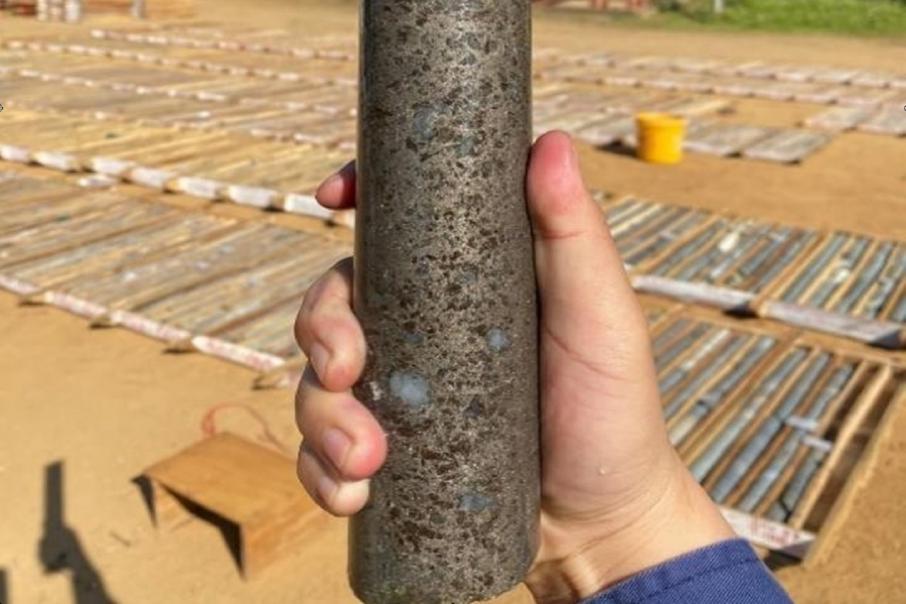 The company’s KS20-02 diamond core drill hole tagged 9.4 metres of sulphide mineralisation, including 1.18m of massive sulphides, all below 129m downhole. Assay samples are currently with the laboratory.

A second drill hole, KS20-03, hit 1.97m of massive sulphide vein mineralisation below 204m. The company said it had intersected massive sulphides and associated, disseminated sulphides in six of the first seven holes drilled into the King Snake prospect.

Blackstone said it planned to continue to release visual estimates of zones of mineralisation from its maiden drill campaign at King Snake to offset prolonged delays in receiving assay results back from the lab.

The success at King Snake is a shot in the arm for Blackstone as it looks to fulfil its strategic objective of adding critical mass to its high-grade massive sulphide vein deposits as it looks to kick start the project’s mothballed nickel concentrator.

It can now expect to add King Snake to its existing bank of massive sulphide vein deposits which include the Ban Chang prospect sitting just a couple of kilometres to the south of King Snake.  A maiden resource is expected to be tabled for King Snake later this year.

Blackstone Minerals Managing Director, Scott Williamson said: “We will pursue an aggressive drilling program at King Snake as we look to build a high grade MSV mining inventory to support the restart of the existing 450ktpa Ban Phuc concentrator.”

“The drill bit continues to highlight the district scale opportunity at Ta Khoa, which we are confident will provide many years of consistent high-quality nickel-copper-PGE concentrates to our planned downstream refinery business.”

The results so far at King Snake, when considered alongside historical drill results, appear to have defined a strike length of over 800m containing a mixture of massive to semi-massive sulphide vein and disseminated sulphide systems.

Another historical hole returned a narrow intercept of 0.6m grading 2.18 per cent nickel, 1.01. per cent copper, 0.09 per cent cobalt and a solid 3.7 g/t PGE, or platinum, palladium and gold.

Blackstone’s nine active rigs have been focussing on infill and extensional drilling around the King Cobra Discovery Zone of the Ban Phuc disseminated sulphide deposit, or “DSS” after a Scoping Study for Ban Phuc recently hit the street.  No doubt the company will be hoping to use King Snake and Ban Chang to bulk up the resource volumes across the project ahead of the tabling of a pre-feasibility study, or “PFS” for the entire project.

The Ban Phuc deposit underpins Blackstone’s maiden indicated mineral resource of 44.3 million tonnes at 0.52 per cent nickel, for 229,000 tonnes of contained nickel. The company says the resource may be sufficient to underpin a nickel sulphide project producing a downstream, nickel-cobalt-manganese precursor product for the burgeoning global lithium-ion battery industry.

Interestingly commodity trading giant, Trafigura, recently knocked on Blackstone’s door to ink a non-binding agreement to investigate any potential down-stream products to fall out of Ta Khoa in the future.

Blackstone will continue to chase massive sulphide veins like King Snake which are analogous to the historically mined Ban Phuc massive sulphide vein.  A total of 975,000 tonnes of high-grade ore with average grades of 2.4 per cent nickel and 1.0 per cent copper was pulled from Ban Phuc at an average vein width of just 1.3m.

The company has its nine active drill rigs blitzing up to 25 massive sulphide prospects ahead of a PFS for the greater Ta Khoa Nickel-Copper-PGE project being tabled.

With a scoping study already predicting the project could pump out US$176 million pre-tax cash flow per annum, the stakes are high.