Aspiring nickel developer, Blackstone Minerals is set to spin out its Australian and US gold assets as it continues to focus the development on its Ta Khoa nickel sulphide operations in Vietnam. The company has flagged the listing of a new vehicle on the Australian Securities Exchange, based on a package of gold assets in the coveted goldfields of Western Australia. 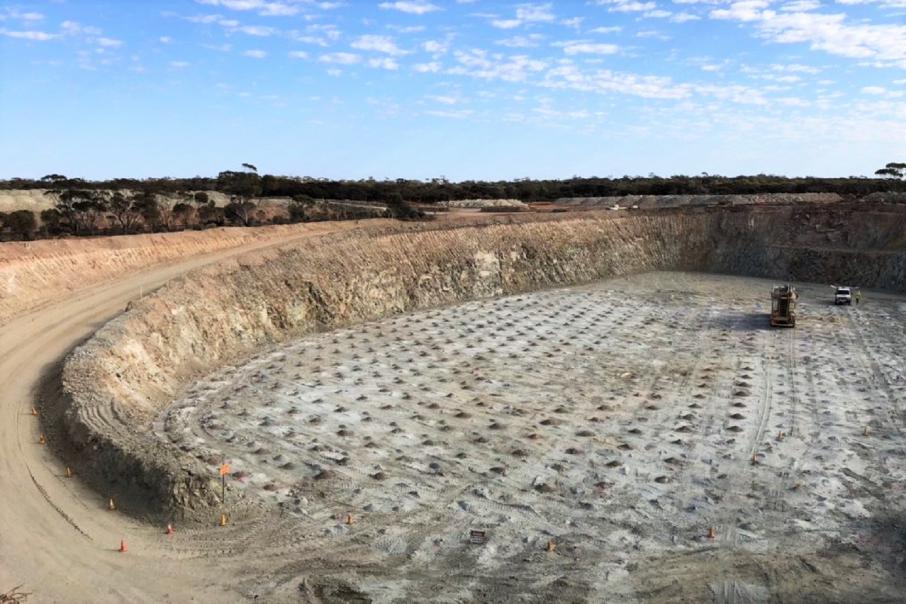 Aspiring nickel developer, Blackstone Minerals is set to spin out its Australian and US gold assets as it continues to focus on its Ta Khoa nickel operations in Vietnam. The company has flagged the listing of a new vehicle on the Australian Securities Exchange, based on a package of gold assets in the coveted goldfields of Western Australia, which will include the company’s highly prospective Silver Swan South and Red Gate projects.

Blackstone has recently completed a scoping study over its flagship Ta Khoa nickel sulphide project in northern Vietnam, with the company delivering a robust set of numbers for the development project including a pre-tax, net present value in excess of $1 billion with estimated cash flows over the life of mine in the order of $1.7 billion, or $200 million a year.

The company has enjoyed considerable exploration success at Ta Khoa which has included the discovery of the King Cobra and Viper nickel sulphide prospects. Combined with the robust investment potential presented in Blackstone’s recent scoping study, it is now spoilt for choice by the many development pathways available for the budding nickel project.

With the company remaining focused on its future as a nickel producer, it was decided that its Australian and US assets warranted independent stewardship and its own ASX listing.

Accordingly, Blackstone will vend four key gold projects into a new vehicle dubbed “Codrus”. Projects destined for the new gold company include the Silver Swan South and Red Gate projects in the Eastern Goldfields and the Middle Creek project in the Pilbara region of Western Australia. The new float will also include the high-grade Record gold mine, located in the state of Oregon in the western United States.

Blackstone Minerals Managing Director, Scott Williamson said:“The Codrus spin out will see a dedicated management team focussed on driving value into Blackstone’s non-core assets. Codrus will provide an excellent platform and catalyst for both growth and monetisation of these assets. The Proposed Transaction also better positions Blackstone to focus on the development of the Ta Khoa Project.”

The projects bound for the Codrus listing showcase Blackstone’s keen eye for real-estate. Core to the float will be the company’s two projects in the revered Eastern Goldfields of Western Australia.

Blackstone’s Silver Swan South project lies along the same geological trend as the high-grade Silver Swan nickel mine and lies a mere 8km northeast of the world-class Kanowna Belle gold mine near Kalgoorlie. Early exploration at the project has already hit paydirt with aircore drilling over the Black Eagle prospect intersecting 10m at 3.2 g/t gold from 68m and 15m at 2.2 g/t gold from 64m depth, with the second hole ending in mineralisation. Follow up drilling is already being designed across the project area and is expected to kick off post-float.

The company’s second project in the Eastern Goldfields is the Red Gate prospect which covers around 145 square kilometres of greenstone terrane and is located 10km north of the million-ounce Porphyry gold mine, north-east of Kalgoorlie.

Ground holdings in the Red Gate region are dominated by the likes of Northern Star and Saracen, with initial work over the project revealing the presence of shallow gold mineralisation at a number of key prospect areas. The priority target for Codrus is likely to be the Porphyry North prospect, where previous exploration has already outlined outcropping gold anomalies.

Blackstone’s Middle Creek gold project adds a third string to the Codrus bow and covers around 40 square kilometres of the emergent eastern Pilbara Goldfield. The project is located adjacent to Novo Resources’ developing Nullagine gold operations, where Novo is presently ramping up mining at Beatons Creek and is expected to begin pouring gold in a matter of weeks, delivering plenty of encouragement for an accelerated exploration program.

Rounding out the proposed Codrus initial public offering will be the high-grade Record gold mine in United States. The project is the potential wild-card of the spin-out, with the Blackstone acquiring the historic mining area several years ago. The project sits to the west of the Oregon-Idaho state line in the north-western United States, with historical mining at the prospect exploiting a series of high-grade gold-bearing lodes. Mining included artisanal open pits and underground workings, with the mineralisation having yet to be properly assessed utilising modern exploration methods.

The existing shareholders of Blackstone will receive a priority allocation of stock in the upcoming Codrus listing, with the company set to retain a controlling interest in the new company. Whilst Codrus is likely to boast a new board and management team, Blackstone has proposed that it will continue to hold a 50 per cent stake in the new entity, with listing scheduled for the second quarter of 2021.

With Blackstone now spinning out its non-core gold assets, the company will be free to focus on the development of the Ta Khoa nickel project in Vietnam. However, with a substantial holding in the new Codrus listing, the company will maintain a high-level exposure to the advancing gold assets and can look forward to opening up exploration on a second front as it charges into the new year.