Blackstone Minerals has served up high recovery rates from hydrometallurgical testwork on platinum group elements from its Ta Khao project in Vietnam. The stellar returns going 94 per cent palladium, 80 per cent platinum and 81 per cent rhodium appear to boost the company’s plans to achieve by-product credits and reduce costs of supplying nickel-cobalt-manganese to lithium-ion battery markets. 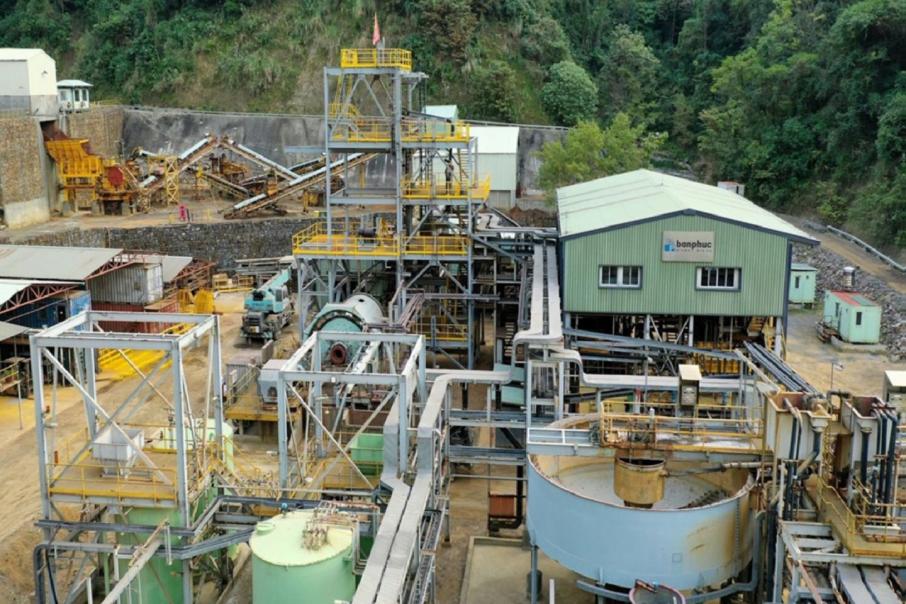 Blackstone Minerals has served up high recovery rates of platinum group elements from hydrometallurgical testwork connected to its Ta Khao project in Vietnam. The stellar returns going 94 per cent palladium, 80 per cent platinum and 81 per cent rhodium appear to boost the company’s plans to achieve by-product credits and reduce costs of supplying nickel-cobalt-manganese to lithium-ion battery markets.

In October last year, Blackstone delivered its scoping study for Ta Khao returning a suite of head-turning numbers including a projected US$3.3 billion gross revenue for the proposed 8.5-year mine life of the proposed operation.

The scoping study also suggested the potential for downstream processing of the company’s nickel concentrate via the manufacture of a nickel-cobalt-manganese, or “NCM” precursor product for the lithium-ion battery manufacturing industry.

A subsequent pre-feasibility study, or “PFS” for the project was split into two aiming to fast-track the study by establishing an upstream business unit to handle the development of the mine and its resources, with a second downstream business unit to evaluate the best way to add value to the nickel concentrates from the Ta Khao operation and third-party sources.

The announced high-value recovery rates of platinum group elements, or “PGEs” form part of the downstream business unit PFS that is due for release in the third quarter this year.

“The recovery of PGEs will add another value component to our downstream refinery business. Palladium, platinum and rhodium could offer significant by-product credits, thereby reducing the overall cost of producing NCM precursor products.”

“Blackstone offers a unique opportunity for investors to gain exposure to PGEs on the Australian Stock Exchange. Palladium, platinum and rhodium will play an important part in addressing global climate change, with their strong current demand being driven by their use in reducing emissions from vehicles. In addition, we expect growing demand for platinum given its use as a catalyst in hydrogen fuel cell technology.”

The reported results are based on preliminary hydrometallurgical test work on pressure oxidation residues using a conventional flowsheet, with concentrate head-grades of 3.32 grams per tonne palladium, 2.38 g/t platinum and 0.33 per cent rhodium.

Management says high recovery rates for the downstream business unit can be pinned on the use of a hydrometallurgical process allowing for economic recovery of the metals from concentrates due to low losses in pressure oxidation process. Reported grades would otherwise be difficult to recover via a conventional pyrometallurgical process.

Further test work to optimise the results is ongoing, whilst studies looking to incorporate the PGE recovery circuit into the direct business unit PFS are also progressing.

Ta Khoa, 160km west of Hanoi, boasts a large open pit disseminated sulphide orebody at Ban Phuc. A maiden indicated resource of 44.3Mt has an average nickel grade of 0.52 per cent for 229,000 tonnes of contained nickel.

In addition, Blackstone has been aggressively exploring its project tenure with the goal of adding high-grade massive sulphide discoveries to the existing disseminated sulphide resource base.

Drilling of high priority massive sulphide targets has returned multiple significant hits at the Ban Chang and King Snake prospects, including 5.7m going 2.07 per cent nickel, 1.08 per cent copper and 0.12 per cent cobalt from 60m, with a PGE component of 1m at 2.33 grams per tonne palladium, 0.15 g/t platinum and 0.15 g/t rhodium from 63.35m depth.