ASX listed Blackstone Minerals’ phase two IP survey has identified new large-scale cobalt targets at its Little Gem project in British Columbia that are bigger and stronger than the anomalies found during the first phase. The new targets, which are more than 1km long, are associated with the previously producing “Jewel” gold-silver-copper mine located 1.1km northeast of Little Gem. 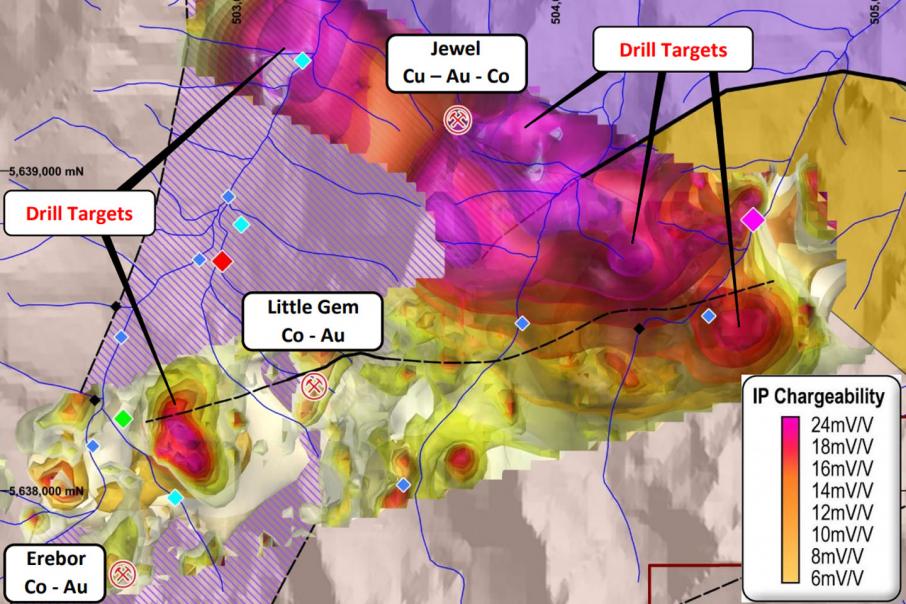 The second phase of Blackstone Minerals’ recent IP survey program in British Columbia, Canada, has generated more excitement with the identification of multiple new large-scale cobalt targets that are bigger and stronger than the anomalies found during the first phase.

Blackstone’s new targets are associated with the previously producing “Jewel” gold-silver-copper mine located 1.1km northeast of the Little Gem prospect.

According to the company, the strength of the anomalies point to a potentially large sulfide bearing body associated with the Jewel copper-gold-cobalt prospect.

Coincidentally, strongy mineralised geochemical samples were also unearthed at surface above the newly discovered IP anomalies, providing some level of support for the theory that the 1km long IP anomalies may be mineralised.

Blackstone said that as the Jewel prospect has never been drill tested, the new anomalies are considered to be priority drill targets.

“Our field work indicates Jewel is associated with anomalous cobalt mineralisation and with the recent Erebor cobalt-gold discovery nearby the Little Gem project is shaping up to be a world class cobalt district.”

The historic grades have been supported by the company’s more recently collected rock chip samples that have been  going up to 98g/t gold, 3.2% copper and 0.1% cobalt.

Phase one of the IP survey identified two drill targets to the east and west of Little Gem.

These shallow and easily accessible anomalies are up to 800m long and 500m wide with chargeability and resistivity signatures typical of sulfide bearing mineralisation according to management.

The Erebor cobalt-gold discovery that Blackstone unearthed back in August is just 900m from its flagship Little Gem project.