Blackstone Minerals has racked up some of its longest nickel sulphide intersections to date across the King Cobra discovery zone at its Ban Phuc disseminated sulphide deposit in Vietnam. Infill and extension drilling included one drill hole that produced a 127.6m intersection going 1.17 per cent nickel, 0.22 per cent copper, 0.02 per cent cobalt and 0.24 g/t PGE. 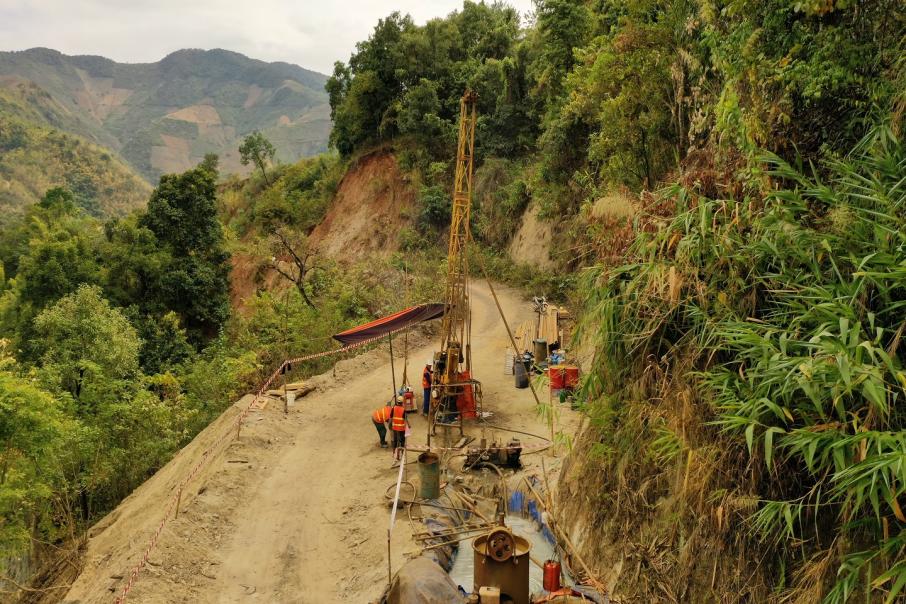 Blackstone Minerals has racked up some of its longest nickel intersections to date across the King Cobra discovery zone at its Ban Phuc deposit in Vietnam with one hole turning out an intersection more than 166m long. The drilling is part of a hive of activity taking place on the slopes of Blackstone’s Ta Khoa Nickel-Copper-PGE project east of the capital of Hanoi in the north where it has nine rigs working across its various sites.

The focus has been on infill and extension drilling around the King Cobra Discovery Zone of the Ban Phuc disseminated sulphide deposit, or “DSS”, with the company looking to firm up the resource volumes included in its recently tabled Scoping Study.

Interestingly, hole BP20-39 was drilled down the plunge of the deposit and effectively joined the dots between a number of other holes drilled earlier and included 79.8m going 1.12 per cent nickel, 0.27 per cent copper, 0.02 per cent cobalt and 0.45 g/t PGE from 10.5m downhole.

Blackstone said it will continue to target Massive Sulfide Vein, or “MSV” prospects analogous to the historically mined Ban Phuc MSV, where 975,000 tonnes of high-grade ore with average grades of 2.4 per cent nickel and 1.0 per cent copper was extracted from an average vein width of just 1.3m.

Blackstone has its nine active drill rigs working systematically at King Cobra, Ban Chang, Ta Cuong and Ban Khoa prospects and it also plans to test up to 25 massive sulphide prospects ahead of tabling a PFS for the greater Ta Khoa Nickel-Copper-PGE project.

Blackstone Minerals Managing Director, Scott Williamson said: “Successful infill and extensional drilling at KCZ continue to deliver broad, consistent mineralisation and increases confidence in the compelling metrics presented in our recent Scoping Study. The drilling results reinforce our view that the project benefits from higher grades of the KCZ which can be accessed in the early years.”

“Blackstone will continue to systematically test our 25 MSV prospects, and a maiden resource at the Company’s first such target, Ban Chang, is being targeted for the first quarter of 2021. Through the delineation of additional MSV deposits, we see potential to increase annual nickel production and reduce initial capital requirements via a staged approach which would involve Blackstone utilising the existing 450ktpa concentrator at Ta Khoa.”