Blackstone Minerals has discovered new cobalt and gold mineralisation at its Erebor prospect, located less than a kilometre from the company’s flagship, Little Gem project area in British Columbia, Canada. It is the first new find of cobalt in the district since the 1930’s. The company is also awaiting results from a geophysical survey and assays from regional soil, rock chip and stream sediment sampling programs. 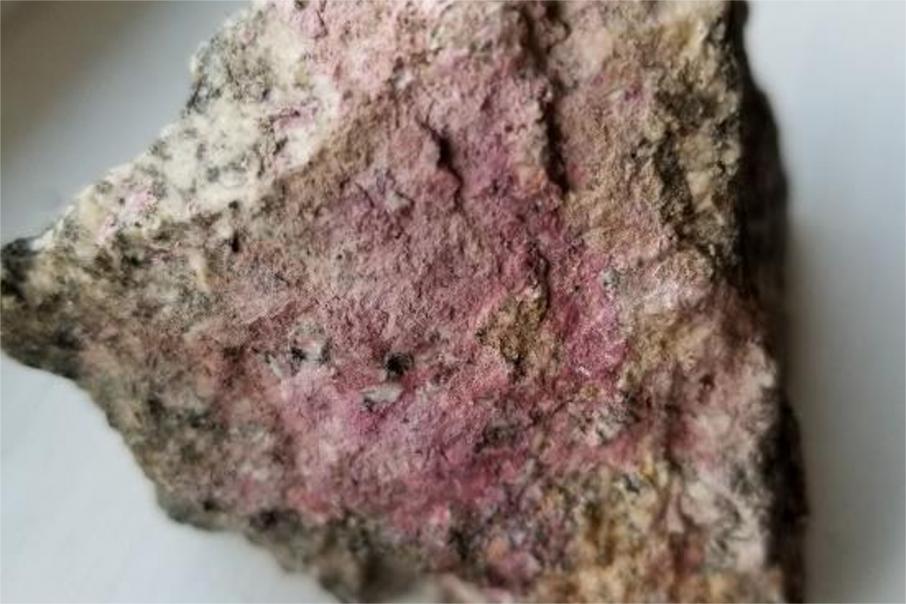 The discovery, identified from rock chip sampling at the new Erebor prospect, contains visible gold and the rare pink cobalt mineral erythrite, which is also known as “cobalt bloom” by the rock hounds.

The company says the find is the first new discovery of cobalt-gold mineralisation in the region, since prospectors identified Little Gem in the remote region in the 1930’s.

According to Blackstone, the detection of further cobalt-gold in the district suggests the potential for the project area to host multiple deposits akin to the Bou-Azzer primary cobalt mineralised area in Morocco, which boasts over 50 separate deposits, mined continuously over the last 75 years.

The company is also awaiting results from an extensive IP geophysical survey undertaken over 1.8km of strike at Little Gem, which covered the entirety of the Erebor, Little Gem and Jewel cobalt-gold-copper prospects.

Blackstone is also continuing an extensive soil sampling program along the strike length of the Jewel, Little Gem and nearby Roxey prospects.

The work is primarily reviewing the cobalt potential over 48km of untested strike southeast of Little Gem in the under-explored mining district.

Over 700 regional soil, rock chip and stream sediment samples have been collected to date and will be assayed over the coming months to identify further cobalt targets in the highly prospective region.

“This is a significant breakthrough for Blackstone and the high-grade Little Gem cobalt-gold project and opens up the potential for multiple targets similar to the Bou-Azzer primary cobalt district in Morocco.”

“We await results from the IP survey and the ongoing extensive regional sampling and prospecting to define further targets throughout the region.”

Blackstone has completed its maiden diamond drilling program of six holes at Little Gem, with all assay results now having been returned.

The drilling intersected the Little Gem structure within metres of the interpreted target, with the company saying that the alteration halo is significantly larger than had been interpreted.

Share holders will be eagerly awaiting the assay results of the company’s wider regional sampling program in Canada, particularly on the back of the new find of cobalt-gold mineralisation at Erebor.