Blackstone Minerals has identified the Jewel copper-gold-cobalt prospect in British Columbia as its highest priority drill target after soil sampling identified a 1.5km long copper-gold-cobalt target that sits over a recently identified IP anomaly, that was interpreted to be a potentially large sulphide bearing body. New surface rock chip samples at the Jewel prospect have also returned results of up to 5.6% copper. 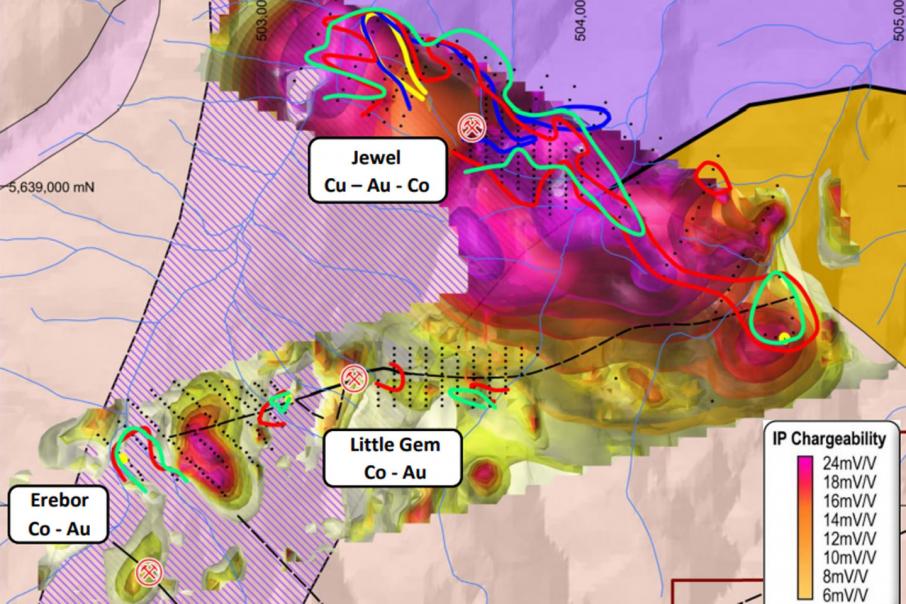 New surface rock chip samples at the Jewel prospect have also returned results of up to 5.6% copper.

The Jewel prospect is associated with the historic Jewel gold-silver-copper mine that is located 1.1km northeast of the company’s flagship Little Gem prospect.

Blackstone said the Jewel prospect is located within a similar geological setting to the underground mines of the world class Bou-Azzer primary Cobalt district in Morocco.

Managing Director Scott Williamson said: “We are eagerly anticipating the drilling of these new targets …to better understand the primary source of the high grade Cu-Au-Co mineralisation at Jewel, Little Gem and Erebor.”

“We look forward to further results from our 2018 fieldwork program as we continue to unlock what is shaping up to be a potential world class cobalt district located in a tier one mining jurisdiction in British Columbia, Canada.”

Last week, the company confirmed a new discovery of high grade cobalt-gold mineralisation at its Erebor prospect with rock chip samples going up to 2.3% cobalt and 32g/t gold at the project.

These included copper values up to 1.6% and nickel values up to 1.1%, which indicates the company might have chanced upon a multi-commodity system at its extensive land holdings in British Columbia.

There is more news just over the horizon as Blackstone awaits the processing of over 700 regional soil, rock chip and stream sediment samples taken throughout its entire 335 square kilometre tenure.

It is also waiting on assays for the remaining five diamond drill holes from its maiden drilling program at Little Gem.