Blackstone Minerals is looking to fast-track its development program in Vietnam, establishing separate business units to handle critical components of the evolving pre-feasibility study over the Ta Khoa nickel project. The company’s recent work program has focused on drilling out a wealth of nickel sulphide resources across the project, however Blackstone is now shifting the spotlight back onto a potential move into a production. 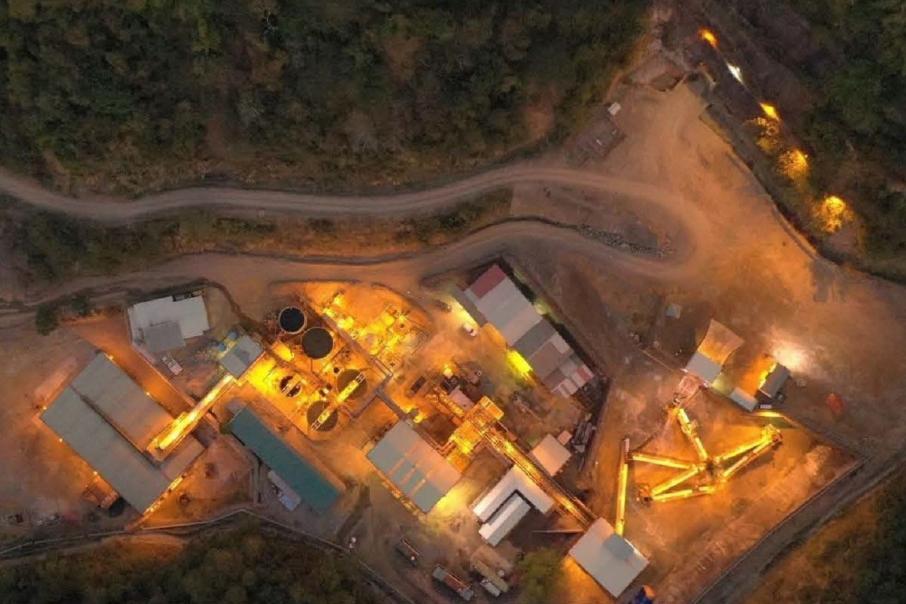 Blackstone Minerals is looking to fast-track its development program in Vietnam, establishing separate business units to handle critical components of its evolving pre-feasibility study over the Ta Khoa nickel project. Whilst the company’s recent work program has focused on drilling out a wealth of resources across the project and building its nickel sulphide inventory, Blackstone is now shifting the spotlight back onto a potential move into production.

The company delivered its scoping study for Ta Khoa in October of 2020, tabling a swag of eye-catching figures including a Net Present Value of over $850 million and net pre-tax cash flows of around $230 million per annum. The scoping study also flagged the potential for downstream processing of the company’s nickel concentrates via the manufacture of a nickel-cobalt-manganese, or “NCM” precursor product for sale into the rapidly expanding lithium-ion battery manufacturing industry.

However, with Blackstone’s pre-feasibility study, or “PFS” now hitting its straps, the company is set to fast-track the study by establishing an upstream business unit to handle the development of the mine and its resources and a second unit to be known as the downstream business unit to investigate the best way to add value to the nickel concentrates from the Ta Khoa operation and third-party sources.

“We believe we are at the forefront of a once in a generation opportunity and the Company is positioning by increasing the scale of its downstream refining capacity. The Company is confident it will attract joint venture partnerships with leading organisations that have strong alignment to Blackstone’s strategy and best practices engrained in their business models.”

Blackstone’s Ta Khoa nickel project is located 160km to the west of Hanoi in northern Vietnam. It takes in a strategic position over one of Asia’s richest nickel terranes. The Ta Khoa mineral field hosts two distinct styles of mineralisation, high-grade massive nickel sulphide veins, or “MSV’s” and bulk tonnage, disseminated sulphides, or “DSS” ore systems. The company’s exploration team is now systematically testing more than 25 separate nickel occurrences as it builds the resource inventory across its extensive tenure.

However, a critical review of the Ta Khoa scoping study indicates that a restart of the near-new Ban Phuc mill would generate early cash-flow, underwriting the development of a larger scale operation and potentially also providing raw product to a separate downstream processing facility.

Mr Williamson said: “For the upstream business, we are focussed on unlocking potential of the Ta Khoa district. With continued exploration success across our targets at Ta Khoa, the Company is confident that it can achieve a critical mass of MSV mining inventory to warrant the restart of the existing concentrator. To present the highest value proposition to shareholders and potential financiers, and to deliver an enhanced downstream strategy, it is important that each of Ban Chang, King Snake and Ta Cuong are incorporated into the upcoming upstream PFS study.”

The upstream business unit will now focus on delivering new resources over a bevy of MSV discoveries across the Ta Khoa tenure in addition to providing an accelerated PFS over the proposed high-grade mining operation, utilising the existing plant to reduce capital costs and provide cash-flow as the company develops a larger, integrated operation in the region.

Meanwhile, the DSU is set to row its own boat and will work with Blackstone’s metallurgical consultants, Simulus Group, to develop and optimise a processing circuit for the manufacture of an NCM precursor for sale to battery manufacturers in both Europe and Asia.

The company expects the downstream unit PFS to deliver an expanded production proposal based on feed from both the Ta Khoa mine and third parties via the company’s agreement with Trafigura. The DSU will also look to table a high-level plant design and an engineering scope of works as part of the study.

The scoping study has already highlighted a site for the proposed NCM plant at the Mai Son industrial park, 42km from Ban Phuc - the downstream PFS is scheduled for release early in the third quarter of 2021.

With Blackstone now expanding its feasibility teams and launching a two-pronged attack on the development of its Ta Khoa project, the company appears to have the bull by the horns as it looks to develop its mining and manufacturing operations in Vietnam.