ASX-listed Blackstone Minerals says results from resource extension drilling at its high-priority King Snake sulphide nickel-copper-PGE target at the Ta Khoa multi-metal project in north Vietnam have continued to enlarge its footprint ahead of down-hole geophysics that will help guide infill drilling. Latest assays include a solid 2.62m at 1.54 per cent nickel, 2.01 per cent copper plus 5.16g/t PGE and cobalt. 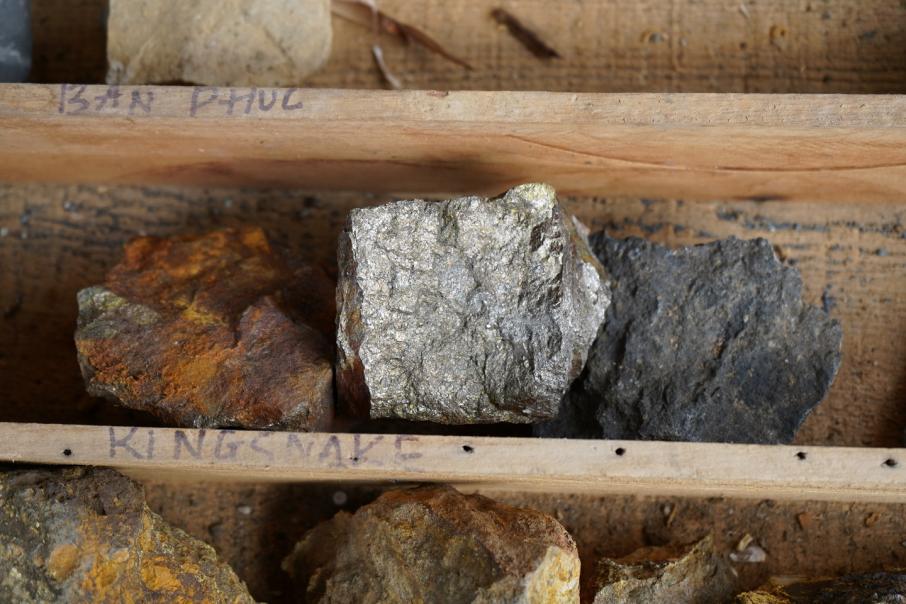 ASX-listed Blackstone Minerals says results from resource extension drilling at its high-priority King Snake sulphide nickel-copper-PGE target at the Ta Khoa multi-metal project in north Vietnam continues to enlarge its footprint ahead of down-hole geophysics that will help guide infill drilling. Latest assays include a solid 2.62m at 1.54 per cent nickel, 2.01 per cent copper plus 5.16g/t PGE and cobalt.

Blackstone had 10 drill rigs hammering away at the massive sulphide nickel-copper and platinum-palladium-gold targets at its 90%-owned Ta Khoa project in the March quarter of this year.

The company is looking to build its high-grade nickel-copper-PGE resources to potentially feed the on-site mothballed 450,000 tonne per annum concentrator at its broader Ban Phuc project as part of a two-pronged strategy to become a significant multi-metals producer in the region.

Since then it has upped the ante on its exploration program designed to probe and prioritise numerous known high-grade massive nickel sulphide vein, or “MSV” type satellite deposits.

A 2020 scoping study on a much larger processing hub underpinned by 279,000t of DSS resources at Ban Phuc pointed to some robust economics for a proposed US$300-360 million project.

Blackstone is now advancing separate pre-feasibility studies in Vietnam. The first is a potential billion-dollar, large-scale downstream business unit centred on the bulk mining of Ban Phuc and refinery production of a range of valuable metals from Ta Khoa and external sources.

The second will see the Perth based company restart the 450,000tpa Ban Phuc concentrator to process MSV ore from deposits such as King Snake.

The latter transforms Blackstone into a producer of metals and cash flows sooner rather than later and the downstream processing study provides a significant element of blue sky that could see it achieve significant scale.

As part of its pre-feasibility activities, Blackstone has been working with local government in Son La province to secure a refinery site in the Mai Son industrial park, with its established power, water and transport infrastructure sitting just 42km from Ban Phuc.

Management says King Snake drilling results have it on track for inclusion in the “upstream business unit” PFS focused on restarting the existing concentrator.

He said: “The latest drill results have extended strike at the King Snake prospect and we look forward to assessing the outcomes of DHEM currently being performed by our in-house geophysics team.”

The results and surging metal prices augur well for Blackstone’s upcoming PFS announcements. Ban Phuc saw mechanised underground mining and processing via the modern central plant between 2013 and 2016. A decision by the former owner to suspend operations in 2017 came down to falling nickel prices.

Blackstone is doing a mountain of work to enhance the resilience of Ban Phuc II and just might manage to get itself into production at a time when the battery metals space is starting to head skywards.