Vietnam-focused Blackstone Minerals has confirmed independent production and verification of a battery-grade nickel-cobalt-manganese 811 sample using nickel from its Ban Phuc project on the eve of delivering a much-awaited pre-feasibility study on nickel refining in northern Vietnam. The ASX-listed company says the precursor sample achieved a purity above 99.7 per cent. 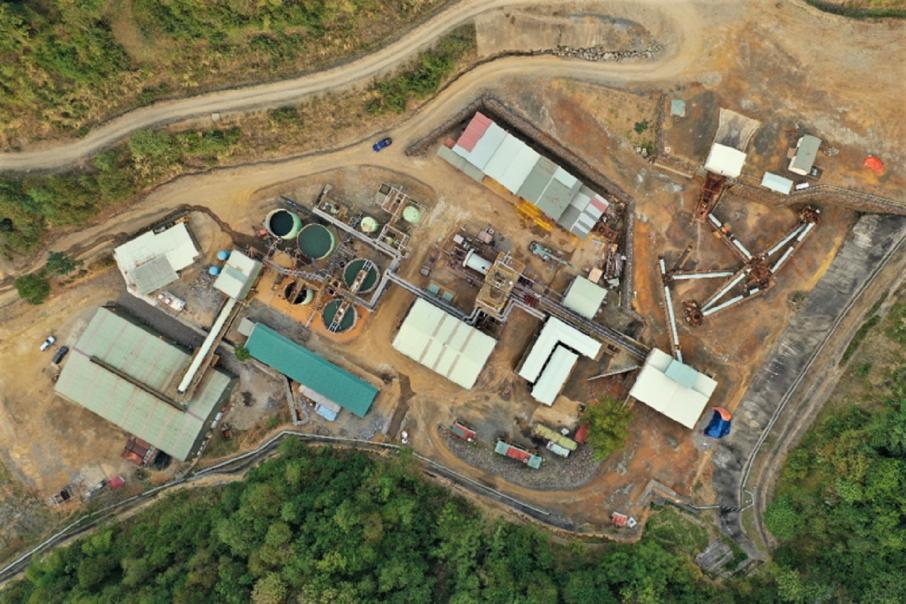 Vietnam-focused Blackstone Minerals has confirmed independent production and verification of a battery-grade nickel-cobalt-manganese or “NCM” 811 sample using nickel from its Ban Phuc project on the eve of delivering a much-awaited pre-feasibility study on nickel refining in northern Vietnam. The ASX-listed company says the NCM811 precursor sample achieved a NCM purity above 99.7 per cent.

Ban Phuc, with an open-pit resource of 44.3 million tonnes grading 0.52 per cent nickel, is one of several potential sources of bulk sulphide nickel feed Blackstone is drilling and modelling as part of its proposed integrated mining and processing operation at Ta Khoa in Vietnam’s north. A resource update for Ban Phuc is due this quarter.

The company also has a 450,000 tonnes per annum mothballed concentrator at Ban Phuc.

A scoping study tabled in the second half of last year and reported to represent “base case production and economics” for Ta Khoa outlined a plan to produce 25,000tpa of circa-51 per cent nickel, with one 200,000tpa autoclave in the project mix. The results of the study highlighted about US$3.3 billion of revenue and more than US$175 million a year of free cash flow for at least 8.5 years for a 45 per cent projected internal rate of return and US$665 million net present value.

The pre-feasibility study or “PFS” is weighing up to four 200,000tpa autoclaves and “significantly scaled nickel output and production of NCM precursor” in partnership with major nickel traders and other third-party suppliers of concentrate feedstock.

Blackstone Minerals Managing Director Scott Williamson said: “The production of high purity NCM811 precursor is an important milestone for the company as we take the next steps towards our ambition to become a globally significant producer of Class I nickel products for the lithium-ion battery industry.”

Mr Williamson said the company’s “much-anticipated” Ta Khoa PFS would be presented to the market next week.

He said: “We expect that this will be a major catalyst for the next phase and growth and development for the company.”

Blackstone recently announced it was undertaking a “green” hydrogen study in line with its ambition to build a zero-carbon mining and downstream processing operation at Ta Khoa. The work involves examination of process oxygen production via water electrolysis instead of a conventional cryogenic oxygen plant, which Blackstone says will generate green hydrogen as a by-product. The project is in a position to capitalise on abundant renewable hydro-electric power and available water at Ta Khoa.

Depending on results of a current economic study, Blackstone says it will consider including green hydrogen in the Ta Khoa base case as well as options to sell the by-product to third parties.

Blackstone’s current timetable has it delivering a definitive feasibility study on Ta Khoa next year and potentially restarting mining and the Ban Phuc concentrator in 2023. Commercial production in 2024 is the current target.