Blackstone charms out yet another nickel discovery in Vietnam

Blackstone has charmed yet another nickel discovery out of the jungle in Vietnam, with geophysics lighting up the Viper Discovery Zone, just 200 metres east of the current exploration focus, the Ban Chang prospect. The company’s exploration and development program over the Ta Khoa nickel-copper project continues to gain pace with both a maiden resource and scoping study on the horizon. 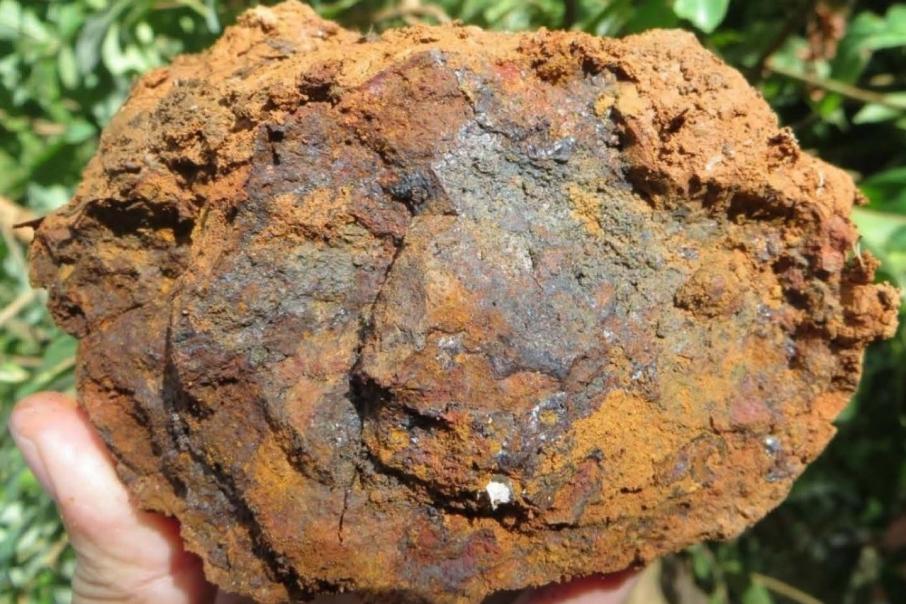 Blackstone has charmed yet another nickel discovery out of the jungle with geophysics lighting up the Viper Discovery Zone, just 200 metres east of the Ban Chang prospect at the company’s Ta Khoa nickel-copper project in Vietnam.

The Viper Discovery Zone, or “VDZ” is a previously unrecognised target area and a ‘blind discovery’ with no visible mineralised exposure. Blackstone’s in-house geophysical team discovered Viper using electromagnetics, or EM which highlighted a series of near-surface conductive plates in an area not previously known to host nickel mineralisation. Subsequent field checking and shallow trenching revealed a buried gossan containing oxidised sulphide ore with a float sample returning grades up to 0.8 per cent nickel and 0.5 per cent copper.

“The VDZ is a blind discovery which bodes well for further blind discoveries throughout the Ta Khoa Nickel-Cu-PGE district and shows the potential of this project to host much more undiscovered nickel sulfide mineralisation.”

“In addition to blind discovery potential, we have 25 massive sulfide targets, which are all associated with outcropping mineralisation at surface, and with our in-house geophysics team, we can generate additional blind discoveries that were not known to previous operators of the project.”

The Viper discovery further validates the company’s aggressive exploration strategy as it builds a pipeline of potential ore sources for its mothballed Ban Phuc mill. Blackstone is currently exploring a range of targets across the Ta Khoa project area with its scope of work ranging from geophysical teams highlighting discoveries, like Viper, for drill testing, through to regional prospects, and at the top of the priority list, resource targets such as the Ban Phuc and King Cobra discoveries adjacent to the mill site.

The Viper discovery lies directly along strike from the developing Ban Chang prospect with recent drilling returning a bevy of high-grade nickel intercepts, including 13.4 metres at 1.01 per cent nickel, 0.96 per cent copper and 1.14 g/t PGE a mere stone’s throw from the new Viper nickel-copper target.

Blackstone’s Ta Khoa nickel sulphide project is located 160 km west of Hanoi in Vietnam and was acquired by the company in May 2019. The project was delivered to Blackstone gift wrapped with a range of assets to support a developing nickel mining operation including 50 square kilometres of prime nickel exploration ground, home to more than 26 separate prospect areas and the near-new Ban Phuc mill. Ban Phuc operated between 2013 and 2016  before being mothballed due to a declining nickel price, however with the nickel price now scaling back above US$14,500 per tonne, the company has a fire in its belly and is on a mission to get back into operation.

Blackstone’s exploration and development program at Ta Khoa continues to charge ahead with the company now boasting a fleet of six rigs on site; three rigs are drilling out the King Cobra resource whilst the other three on the job at Ban Chang. The Ban Chang rigs are arguably in an ideal position to pop a few holes into the new Viper discovery as well.

Despite the flurry of activity, Blackstone doesn’t appear to be stopping for breath as it races towards a maiden resource at King Cobra, drills out Ban Chang and continues to make discoveries across the Ta Khoa terrane. With an updated scoping study also on the way, Blackstone is sure to have a few more surprises up its sleeve as its development program continues to take shape in Vietnam.