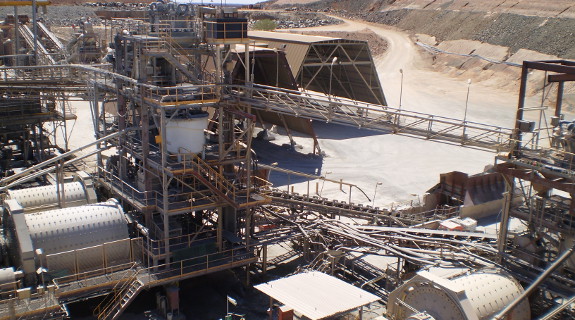 The owner of the Matilda Gold project in Western Australia, Blackham Resources, looks set to be re-rated as it readies itself to make the leap from explorer to 98 000 ounce per year gold producer on the back of a very positive pre feasibility study.

The company today released the results of its PFS that shows a super impressive 105% internal rate of return on the expected $28m capital outlay to get its Matilda Gold project in Wiluna into production.

With C1 cash costs of just AUD$920 per ounce of gold and an expected selling price of AUD$1550, the company is looking to produce $185m in free operating cash flow before corporate overheads, tax and capital outlays over the initial mine life of 4 years and 9 months.

Even after accounting for corporate overheads and sustaining capital, the company is still predicting an all in cost per ounce of just AUD$1150, well below the expected selling price of AUD$1550 per ounce.

When discounted back by 5% per annum over nearly 5 years, the company says it is expecting the net present value of its free cash from the operation to be around $124m or 62c per share – almost 3 times Blackham’s current share price.

The long intersections and high grades at Matilda have no doubt impacted the average cost per ounce leading to the healthy margins outlined in the PFS.

The company’s PFS says that it has calculated a mining inventory of 6m tonnes grading a reasonable 2.8 grams per tonne containing some 540 000 ounces of gold.

It is expecting to produce 98 000 ounces of gold a year during the initial mine life which should see the up front capital of $28m paid back in just 14 months.

Blackham says that it is expecting to add to the project’s initial mine life of 4 years and 9 months by way of an ongoing aggressive drilling program that to-date has rarely failed to produce good numbers.

Work programmes for the Definitive Feasibility Study are now well under way and are due for completion in January 2016.