Blackham Resources are contemplating an even bigger open pit at their revitalised Wiluna gold mine after another resource upgrade. Open pit gold in the East and West lodes has jumped by a further 70,000 ounces, along with a big lift in the quality of the resource which now boasts an average grade of 2.83 g/t. The company has found a billion dollars worth of in-situ gold in a year. 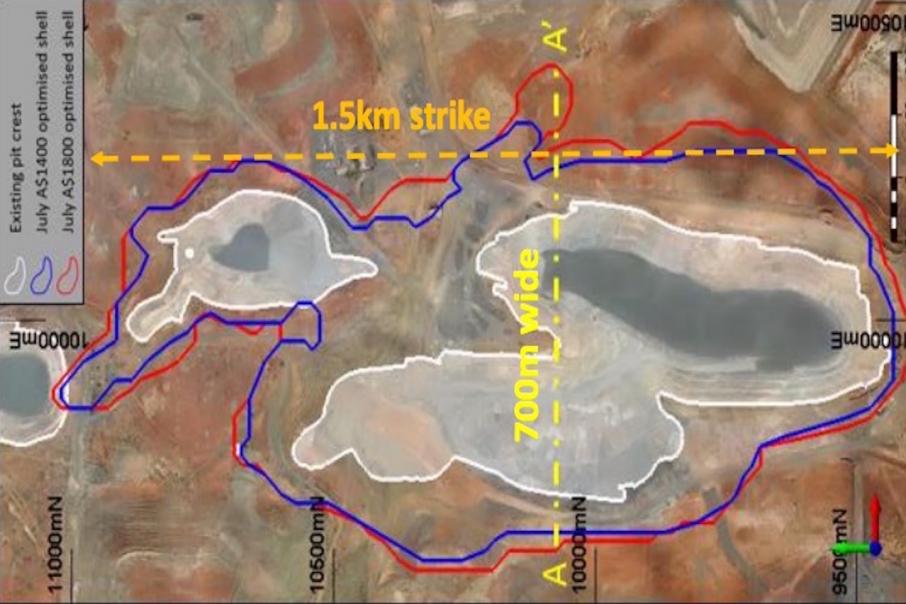 Blackham Resources have achieved an impressive upgrade of their open pit gold resources at the Matilda Gold project near Wiluna.

The emerging gold producer told the ASX on Thursday that open pit resources within an A$1,800/oz pit shell at the East and West lodes now stood at 8.5 million tonnes grading 2.83 g/t, representing contained gold of 770,000 ounces.

The most impressive aspects of the new estimate are the sharp rise in indicated resources, up from 58% to 76% of the total resource, and the high grade that has been achieved for an open pit operation.

After just 12 months and only $4m worth of expenditure, that resource now sits at a staggering 770,000 ounces.

Mining studies are nearing completion, which will allow an initial open pit ore reserve estimate for the East and West lodes.

The latest upgrade boosts open pit resources for all the Wiluna lodes to 12.9 million tonnes grading 2.8 g/t. This figure is set to increase again before the end of the quarter with the release of new resource estimates for the Happy Jack-Bulletin and Adelaide-Moonlight areas.

The resource boost is a great reward for a huge drilling campaign to sharpen the definition of Wiluna’s open pit resources.

Blackham Managing Director, Bryan Dixon, said “Since drilling commenced in September last year, a total of approximately $4 million has been spent on resource and reserve definition drilling on the East and West lodes.

“In this time, the mineral resource has grown 860% in less than a year from 80,000 ounces to 770,000 ounces of which 76% is classified as indicated. This represents a very attractive addition cost of $5.80/oz. This large resource base provides a very solid basis for the expansion plans, with the Expansion PFS to be released this month.”

The ever-expanding mineral resource in the East and West lodes suggests Blackham will opt for a significantly larger open pit than envisaged in earlier studies. The A$1,800 pit shell is now almost 700 metres wide and 1.5 km long.

The A$1,400 pit shell is only marginally smaller because it boasts 80% of A$1,800 open pit resource. This means the expanded Wiluna open cut will be a robust operation even with large swings in the gold price.

All of this augurs well for the much-anticipated expansion, which will be detailed in a prefeasibility study to be released later this month.