There seems to be no end in sight to the run on Blackham Resources’ share price that started in September last year at 15c and touched $1.15 today on the back of more, classic Blackham, super high grade drill hits at the Matilda Gold project – the project that just keeps on giving.  Results out today include 6.0m @ 26.4 g/t gold, including 1.8 metres at a whopping 83.3 g/t, and 15.6 metres at 7.51 g/t. 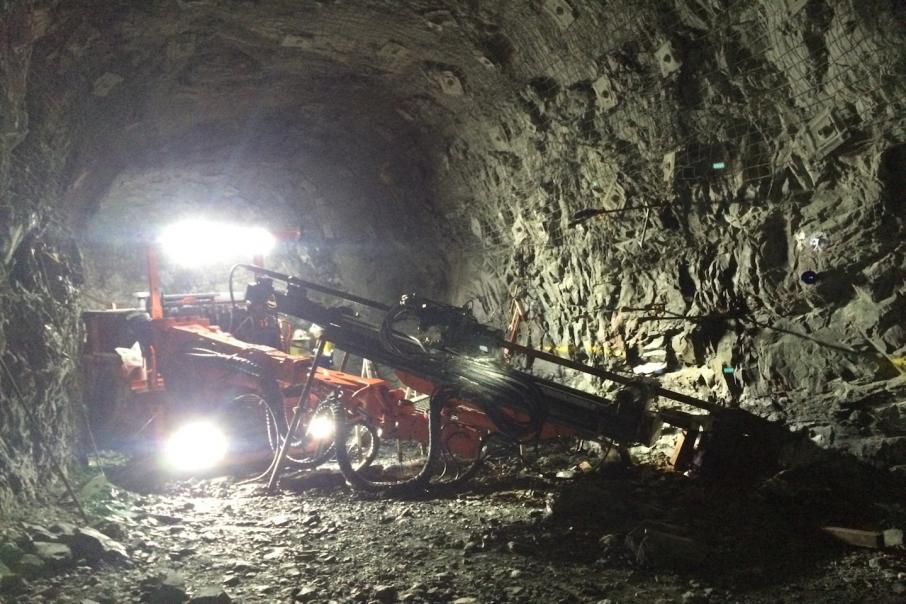 There seems to be no end in sight to the run on Blackham Resources’ share price that started in September last year at 15c and touched $1.15 today on the back of more, classic Blackham, super high grade drill hits at the Matilda Gold project in Wiluna – the project that just keeps on giving.

The company’s run of good news has continued, with new high-grade intercepts from the Bulletin underground mine sending the company’s shares sharply higher for the second consecutive day bringing this weeks share price gain alone to around 15%.

On Monday, Blackham’s share price put on 4.5c to finish at $1.02 on the back of a positive announcement about the commencement of production and on Tuesday the stock ran again to around $1.15 a share after Blackham released their spectacular Bulletin drill results.

The latest drilling confirmed the continuity and grade of mineralisation between high-grade shoots at Bulletin and is expected to lead to an increase in ore reserves.

The Perth-based explorer, which is set to make the leap to producer within three weeks with the start-up of its 100%-owned Matilda gold project, today announced its best ever intercepts from fresh underground exploration at the old Bulletin mine.

The results came from a 30-hole underground drill program focused on a shallow area between two high-grade shoots that were extensively worked by previous operators.

The Bulletin mine is one of a dozen or so old workings within 20 km of the Wiluna mill that underpins the Matilda project.

The Bulletin ore reserve is currently booked at an estimated 938,000 tonnes at 4.7 g/t gold for 142,000 ounces. This makes it a small part of Blackham’s 5.1 million ounce resource across the Matilda project, however Bulletin is clearly on its way to playing a bigger role.

The company said the latest drill results, which demonstrated the continuity of grade and width between the high-grade shoots, were expected to upgrade existing resources from the inferred to indicated category, leading to further ore reserve additions.

Managing Director, Bryan Dixon, said “The latest Bulletin drilling has demonstrated the potential to continue growing the Wiluna resources close to surface. An update Bulletin resource is likely to complement the work we are doing on the Wiluna open pits, with both feed sources to be integrated into the Wiluna expansion study currently underway.”

A further 11 holes are currently being drilled as part of stage two of the program to boost Bulletin’s reserves. Drilling is due to be completed by the end of the month.