ASX Listed Blackham Resources are pulling out all stops in their bid to become the next WA gold explorer to make the leap into production. Recent drilling campaigns have confirmed that their Galaxy deposit is still going past the 100m mark and firmed up yet another prospect at the Matilda Gold project and with a 3500m drilling campaign to kick off next week, watch this space. 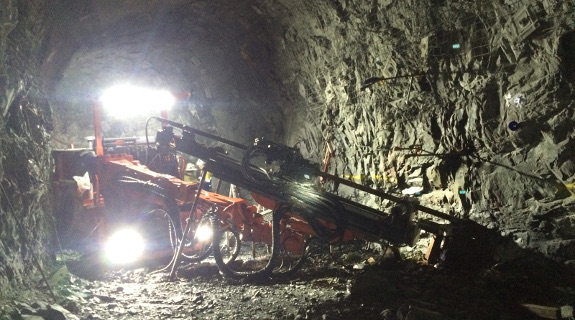 The Old Wiluna Gold Mine

Blackham Resources has again improved its chances of becoming the next West Australian gold explorer to make the leap into production after completing a resource definition and Definitive Feasibility Study drilling program at its Galaxy gold deposit near Wiluna.

The company says that its two hole drill program shows the gold mineralization at its Galaxy project is still going at around the 100m mark and that they have picked up the ore body again at the 15m and 30m mark respectively below the current PFS pit design.

Whilst Galaxy has thrown up very encouraging near surface results in the past of 4m@19.6g/t from 37m and 2m@28.9g/t from 23m, the company is about to kick off an 800m drill program to prove up the project’s opportunity for underground mining.

The free milling Galaxy ore has demonstrated DFS metallurgical recoveries of 93-96% after gravity and 24 hours of leaching which is consistent with the PFS test results of 96%.

Blackham has also potentially firmed up yet another prospect within the myriad of prospects that make up the Matilda Gold project in Wiluna after receiving positive maiden drill results from the Caledonian Quartz Reef prospect.

The Caledonian Quartz Reef prospect is just 5km to the north of the company’s Wiluna Gold Plant by haul road and forms part of a system of high-grade quartz reef gold deposits extending northwest from the Golden Age deposit at the Wiluna mining centre to Galaxy in the north.

Next week Blackham plans to commence a further 2,700m underground drill programme into the Golden Age ore body with the aim of extending the resource further east along strike aimed at adding further high grade ore into the mine plan.

The Golden Age resource currently sits at 0.6Mt @ 6.7g/t Au for 125,000oz. It was the Golden Age deposit that excited the market last year after Blackham reported arguably the year’s best drill result in WA of 5.1m @ 198g/t gold.

“Later this year Blackham intends to start mining both the Galaxy and Golden Age ore bodies as high grade feed stocks for its Wiluna gold plant. Interestingly Golden Age is the only one of these high grade reefs which has had significant drilling below 100m despite many of them having extensive old timer underground workings.”