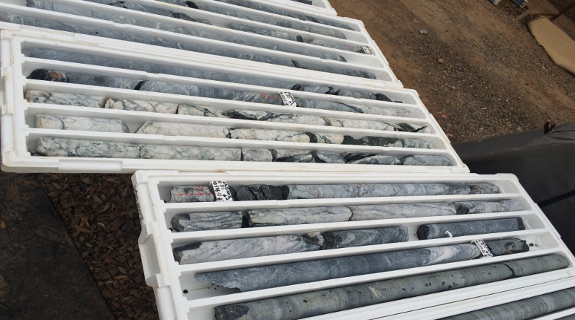 Market darling Blackham Resources has again produced a very solid set of drilling numbers at the Matilda mine prospect within its Matilda Gold project in Wiluna W.A.

Blackham is focussed on finding new stacked and repeating gold lodes at the Matilda prospect and to-date have been very successful in doing so.

They have also drilled out a number of recently identified lodes adding to the overall resource at the Matilda prospect which now sits at 12.9 million tonnes grading 1.8 grams per tonne for 724 000 ounces of gold.

Importantly Balckham's latest round of drilling will extend the resource beyond the current planned mining areas and it has upgraded a significant portion of the current inferred in pit resource to indicated status.

A revised resource estimate at the Matilda prospect will be announced to the market soon.

The Matilda prospect is only 19km from Blackham’s Wiluna Gold plant by the existing haul road and it will provide the base load continuous feed for the mill when it starts up next quarter.

The Wiluna Gold project has been run in various incarnations by various entities over the years but it has not had a base load open pit ore source since the 1990’s.

Blackham’s drilling out of the Matilda prospect has added hundreds of thousands of ounces to the project and will provide that much needed base load source of ore that the plant had so desperately needed over the years.

The M6 North shoot is situated immediately north of the previously mined M6 pit and is on the same gold mineralised structure as the M1 deposit that is located 800m further north. The company says highly encouraging results have been received from numerous holes and scope remains to find further shoots along ~800m of strike on 3 poorly tested gold mineralised corridors between the M6 and M1 pits.

To assist with this task the company has recently appointed Bruce Kendall to the position of Chief Geological Officer and Kendall is no slouch.

He can take credit for planning the discovery holes for the Tropicana gold deposit and he led the exploration team through to the PFS stage.

Similarly he planned the discovery holes from the Coyote Gold deposit and he then supervised the exploration at that project.

In what looks like a perfect pairing, Mr Kendall will lead the exploration effort at Blackham going forward and don’t be surprised if he again unearths another million ounces or so.