Fledgling Gold producer Blackham Resources has released another set of exceptional, high-grade drill hits from the Wiluna Gold Project in W.A as it charges ahead with studies to double production to more than 200,000 ounces per annum. The new results are from the second half of a whopping 49,000 metre RC and diamond drilling program. 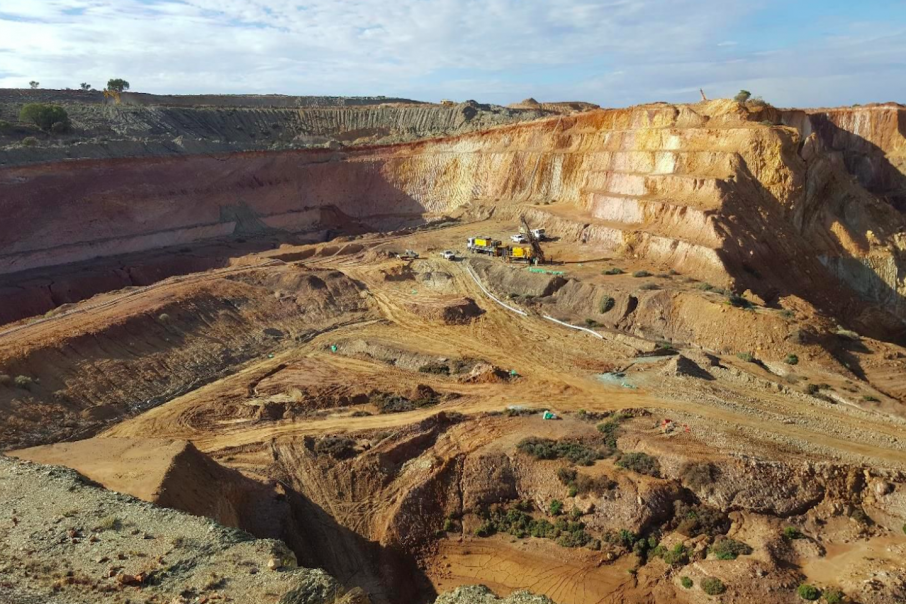 Fledgling Gold producer Blackham Resources has released another set of exceptional, high-grade drill hits from the Wiluna gold project in W.A as it charges ahead with studies to double production to more than 200,000 ounces per annum.

The new results are from the second half of a whopping 49,000 metre RC and diamond drilling program conducted between January and May, targeting shallow, open-pit mineralisation.

The objective was to boost confidence in the open-pit resource and provide an estimation of ore reserves, however it has also uncovered multiple new areas of high-grade mineralisation outside the planned open-pit shells.

Some of the best results released this week came from the Bulletin lode, where drilling intersected relatively shallow, high-grade mineralisation along strike and beneath the Bulletin open pit. Drilling revealed previously unrecognized shoots that are sub-parallel to the main lode.

Importantly, the company said these shoots could be easily accessed from adjacent underground workings or via an extension of the planned open pit.

Exceptional results were also reported from the historic Happy Jack and Squib pits, including a massive 54.4 metre intersection grading 3.34 g/t gold from a depth of 161.6 metres and 18 metres at 5.01 g/t from 150 metres.

The latest results will be included in a new upgrade to the Wiluna resources and reserves in support of the proposed stage 2 production expansion to more than 200,000 ounces a year.

The previous upgrade, released just six months ago, boosted the total mineral resource from 6m to 6.4m ounces. This included 1m ounces of potential open-pit mineralisation, which looks set for a significant upgrade.

All eyes will be on Backham’s June quarterly report after the company turned out a disappointing maiden production quarter result in the March quarter.

Blackham’s cost to produce an ounce of gold was significantly effected by unusually high rainfall during the March quarter which saw production come to a standstill for a period of time.

As a result, the Matilda Gold project only turned out only 14, 920 ounces of gold against a market expectation of 20,000 ounces or more in the March quarter, its first quarter of production.

This resulted in a C1 cost to produce an ounce of gold coming in at AUD$1 123, considerably higher than expectations.

With relatively fixed on site costs however Blackham should be able to significantly reduce that number if they can turn out 20,000 plus ounces in the June quarter.

The March quarter also saw a further blow out of AUD$742 an ounce relating to capitalized pre-stripping costs and underground sustaining capital.

After royalties and corporate costs were added in, Blackham’s total cost to produce was an unacceptable AUD$2002 an ounce which sent its shares plummeting to a recent historic low of about 28c.

The big opportunity for the company however is to get their capitalized pre-stripping costs and underground sustaining capital costs down from around $742 an ounce to between $100 and $200 an ounce.

Given that a lot of these costs relate to once off work shifting dirt to get to the actual ore-body, this may not be out of the question.

If Blackham can produce around 20,000 ounces in the June quarter and get their capitalized pre-stripping costs and underground sustaining capital costs down to more normalized levels, they will prove the market to have been spectacularly wrong in re-rating their shares.

An announcement that production will double from 100,000 to 200,000 ounces a year might also rub a little salt into the wound.