Another round of great assay results has Blackham Resources thinking about digging a 1.9km-long super pit at Wiluna to carve out the riches left by previous explorers. Latest drilling by the new gold producer has found extensive mineralisation beyond the existing mine plan that could be accessed by a northern superpit and deeper digging at the existing East and West pits. 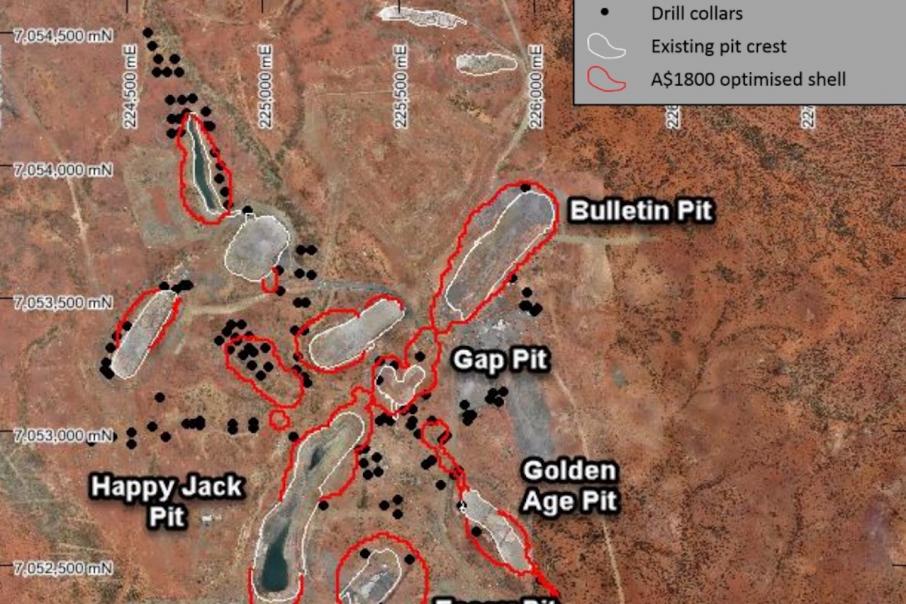 Blackham Resources have continued their extraordinary run of exploration success at Wiluna, leading to the possibility of a major expansion of pit designs and even a 1.9km-long super pit.

The Perth-based company, which joined the ranks of gold producers with their first gold pour in October, announced yesterday a stunning string of new intercepts from a 25,000-metre RC and diamond drill program.

Drilling intersected significant new hits of mineralisation along strike, between and beneath the existing East, West and North open pits. Much of the new mineralisation is shallow and high grade, and extends for up to 300 metres outside Blackham’s recent pit designs for the phase one Matilda mining operation of 100,000 ounces of gold per year.

In a statement to the ASX, Blackham reported that previous operators were focused on underground mining and had not explored the potential of open pit cutbacks.

The company said,“Pit optimisations based on an AUD$1,800 gold price indicate that with additional drilling there is the potential to have a single 1.9km-long open pit from Bulletin to Happy Jack, and deeper pits beneath the existing East and West pits.”

Blackham also flagged the possibility of the East and West pits being brought together within a single pit operation, depending on further drilling to test mineralisation in a central zone that remains open to the north, south and down-dip.

The East and West lodes are within 1.5km of Blackham’s newly refurbished Matilda processing plant, and any additional resources between the lodes could have a significant economic impact.

Blackham is already working on yet another upgrade to the overall resource figure for Matilda and Wiluna, which currently stands at 48M tonnes at 3.3 g/t gold, representing an impressive 5.5 million ounces.

With each new addition, the prospects will improve for the mooted expansion to more than 200,000 ounces of gold per annum which may trigger a re-rating of the company’s stock.