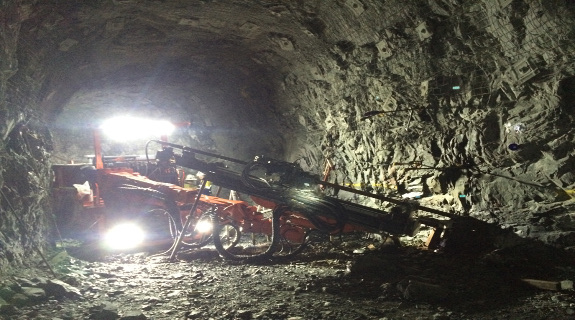 The market is rarely disappointed when Blackham Resources pokes a hole into the “Golden Age” deposit near its Wiluna Gold plant in WA and the company’s latest round of results certainly haven’t let them down.

The latest round of drilling completes Blakham’s stage 1 drilling campaign at the Golden Age prospect and the company now says the middle portion of the deposit averages a true width of 2.2m grading a massive 83 grams per tonne or well in excess of  two and a half ounces to the tonne.

Blackham previously reported what may well be the result of the year so far at Golden Age with a 5.1m intersection grading a whopping 198 grams per tonne which included 0.8m @ an incredible 1148 grams to the tonne.

Blackham’s Managing Director, Bryan Dixon commented: “The drilling at Golden Age has confirmed our understanding that this deposit has significant further high-grade potential, that remains open, and has previously been conservatively modelled. The high-grade Golden Age ore will be blended with Matilda open-pit ore to increase the average head-grade of the mill feed. Golden Age is just one of numerous high-grade quartz deposits in close vicinity of the Wiluna Gold Plant. Golden Age has established underground infrastructure that will allow mining to commence rapidly following the development decision.”

The company currently has a dozen solid prospects within a 20km radius of its recently purchased Wiluna Gold mine and it is targeting first ore production by next year.

With current inventories of  4.7m ounces of gold grading 3.3 grams to the tonne and regular new high grade finds, the Blackham Resources appears to be well on its way to production.