Blackham drill hits to extend mine life at Wiluna

Blackham Resources is poised to extend the mine life of its Golden Age underground mine after making further high grade intercepts of up to 6.9m at 15.5 g/t gold below current mining areas. The results also highlight the potential to increase the mining rate through early access via the nearby Calais Decline. 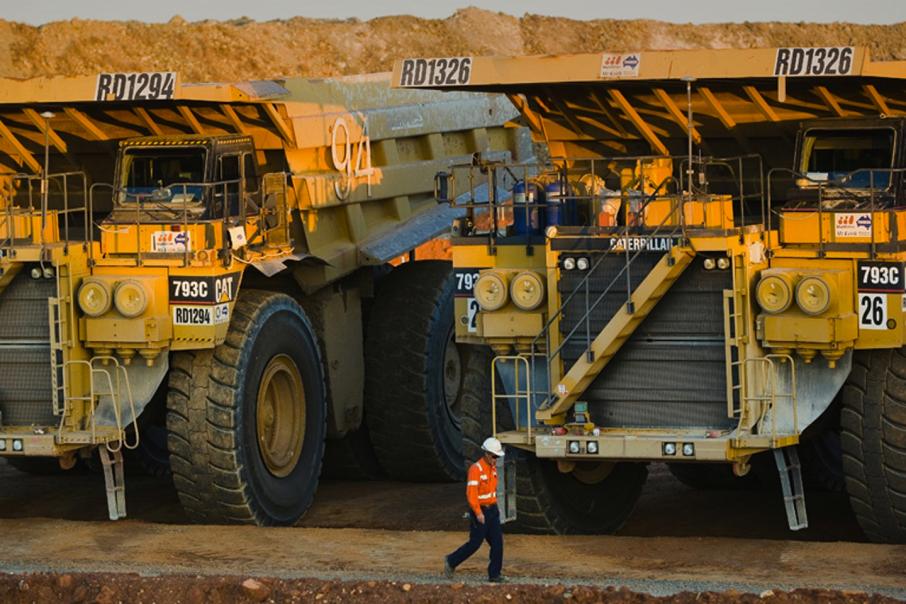 Blackham Resources continues to polish up its Matilda/Wiluna gold project with drilling confirming that mineralisation at the Golden Age underground mine extends beyond the current mining areas.

The company is now on track to extend the mine life at Wiluna by providing further high grade, shallow oxide ores to the mill.

Best results of up to 6.9m at 15.5 g/t gold were returned 150-300m below current mining levels whilst surface drilling at the Golden Age North project area intersected high grade, shallower mineralisation amenable to both open pit and underground mining with a peak intercept of 2 metres at 28.3 grams per tonne gold.

Other solid, relatively shallow Golden Age North results include 8m at 5.82 g/t from 87m deep and 6m at 7.97 grams per tonne gold from 106m down-hole.

Infill drilling produced a bonanza 2.1m intersection going over an ounce to the tonne at 43.6 grams per tonne gold.

Drilling Golden Age North has now confirmed the continuity of the mineralised structure over a 600m strike and to a depth of more than150m with mineralisation remaining open.

Blackham has been on a roll recently and last month reported a solid 16m intercept at the Starlight prospect grading 4.41 g/t gold from just 2m below the east-west cross structures while high-grade mineralisation that included 3m at 7.04 g/t from 17m was also encountered.

In an update to the ASX this week, the company said that free milling resources and reserves are now being updated to incorporate recent Wiluna and Golden Age drilling successes.

Blackham is now extending the Golden Age drilling programme to both lengthen the mine plan and increase the mining rate at the project.

It has also started a 2600m drilling programme targeting southern extensions to the Williamson orebody where no exploration drilling has taken place in over 12 years.

Executive Chairman, Milan Jerkovic, said: “Based on the highly encouraging intercepts, planning has commenced for further drilling to better define the mineralised extensions and to support early underground development to provide additional high-grade ore to feed the Wiluna gold plant.”

The ongoing underground diamond drilling program at Golden Age strongly supports the potential for continuation of underground mining with further drilling being planned to establish an initial resource in this area.

Positive results could be the catalyst for early access via the nearby Calais Decline to substantially increase the mining rate.

Importantly, preliminary metallurgical test work has indicated the mineralisation is also free milling, a style of mineralisation that previous unsuccessful operators of the project did not have an abundance of.

Interestingly, resource extension drilling in the Golden Age Middle Zone recently intersected high grade gold of up to 1.1m at 17.4 g/t in quartz lodes not previously identified or extracted by previous operators.

This has extended the current mine plan of three lenses in the remnant part of the mine and the additional ore is expected to be mined over the next 4 months.

Blackham’s target of producing 40,000-45,000 ounces from its 100%-owned Matilda/Wiluna operation in the first half of 2018 is now looking promising after a shaky start to production last year.

Recent testwork has also confirmed that carbon in leach processing is expected to result in higher recoveries of gold from the transitional ore at a 30% reduction in processing costs compared to the sulphide circuit.

2018 is rapidly shaping up to be a watershed year for Blackham as the Perth based gold producer looks to put its false start last year behind it.