Blackham Resources has added at least another six months to its high-grade underground mine and believes it may still be harbouring more high grade ounces that have not yet been discovered. Mining at the Golden Age underground mine has been extended to December 2018 and drilling began this week into highly prospective targets that could see the mine plan roll on much longer. 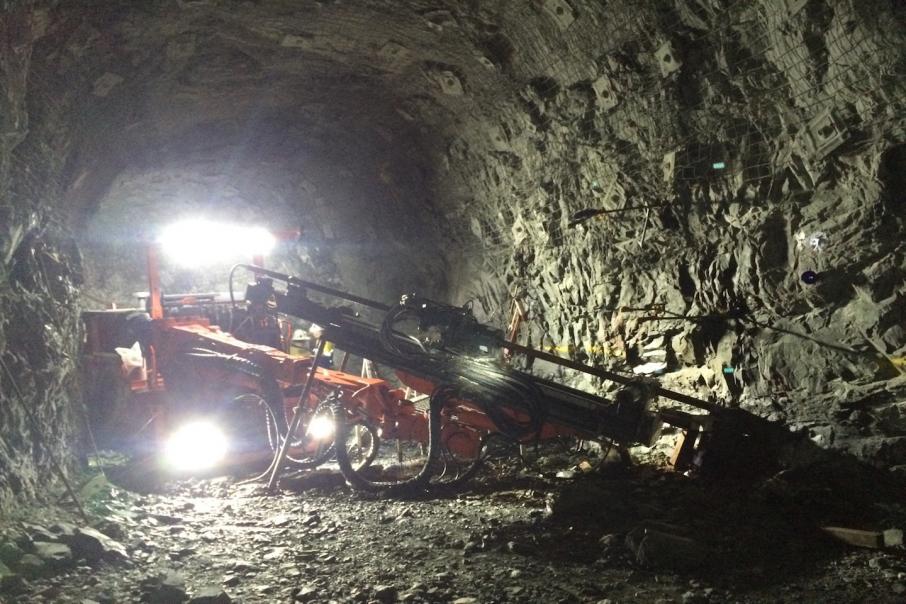 Blackham Resources’ profitable underground mining operation at the Matilda/Wiluna gold project has been extended for another six months and new studies suggest it could be harbouring even more high-grade ounces yet to be discovered.

In an update to the ASX this week, the West Australian gold producer reported that new mining studies at the underground Golden Age mine, just 2.5 km from the Wiluna gold plant, have added another 4,700 ounces of 6 g/t gold, currently targeted for production between July and December.

The original mine plan finished in June, however production is now expected to continue to the end of 2018 at about 2,500 ounces per quarter.

Whilst underground mining accounts for less than 10% of all gold mined by Blackham, it produces lucrative, free-milling ounces to supplement production from the Galaxy and M4 open pits.

Golden Age has churned out 19,500 ounces going 4.7 grams per tonne gold since being recommissioned. After switching to predominately airleg mining in October 2017, when Blackham took over from contract miners, the average grade mined has increased to 8.1 g/t gold. In January, mined grades climbed to an impressive 10.1 g/t from the Golden Age deposit.

Blackham also reported it believed there could be many more high-grade ounces to be discovered at Golden Age and it is planning to maintain a 6 to 12 month rolling mine plan. About 2,500 metres of underground diamond drilling begins this week aimed at further extending the mine plan and potentially allowing an increase in the mining rate.

Most of the planned drilling is aimed at defining extensions to the zone of mineralisation now being mined — the Champagne Lens. Drilling will test 60 to 70 metres down plunge and about 160 metres further down dip. A third target known as the Golden Age Offset will also be tested.

Blackham has good reason to be confident in its potential to squeeze more high-grade ounces from Golden Age. Gold mineralisation is open both down dip and down plunge and there is virtually no drilling deeper than the current base of workings. In addition, the company has worked hard on geological studies to achieve a much better understanding of the orebody and the style of mineralisation.

Managing Director, Bryan Dixon, said: “Blackham has successfully added another six months to the Golden Age underground mine plan and is aiming to maintain a 6 to 12 month rolling mine plan going forward. This week drilling will commence down dip and down plunge from where we are currently mining strong grades at Golden Age.”

The addition of high-grade ounces is the latest good news for Blackham, who, earlier this month, confirmed a stunning turnaround in the performance of the Matilda/Wiluna gold project.

Gold production in February climbed to a record 6,713 ounces and the company is now well on its way to hitting its guidance of 40,000 to 45,000 ounces for the half-year to 30 June. With all in sustaining costs hitting a record low of A$912 an ounce last month, cash is pouring into the company and setting it up for a renaissance year.