Blackham back in the black – in a big way

In basketball terms it's called a slam dunk. Blackham Resources has confirmed a stunning turnaround at the Matilda gold project with gold production climbing to a record of 6,713 ounces in February, while all in sustaining costs were slashed to just A$912 an ounce. Milled grades and gold production are expected to continue to improve with stockpiled ore grades going 1.7 g/t gold. 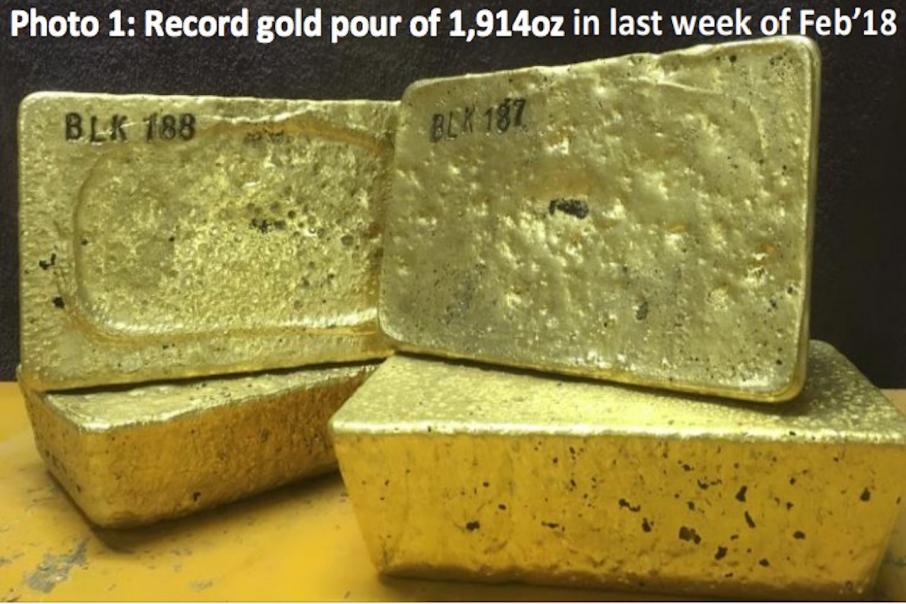 Gold production in February climbed to a record 6,713 ounces, significantly ahead of the previous record in January of 6,498 ounces, despite three fewer days in the month. Annualised production is now on track to potentially breakthrough 85,000 ounces, and the company is well on its way towards hitting its guidance of 40,000 to 45,000 ounces for the half year to 30 June.

Even more impressive was a further reduction in all in sustaining costs to a record low of just A$912 an ounce, a 21% decrease on A$1,158 an ounce in January. This translates into a margin of A$758 on every ounce produced in February against the average realised price of A$1,670 an ounce.

The February results are stunning proof of a turnaround at the Matilda/Wiluna operation promised by management last year.

Operational results were hit hard last year by pit wall slippages and even a fire at the mill and an awful stripping ratio. Management said results would turnaround once access to high-grade ore zones at the M4 and Galaxy open pits was achieved in December, and they have delivered in spades.

The evidence that Blackham is right on top of the ore is shown in a sharp drop in the stripping ratio in February to a spectacular 1.5:1, less than half the 3.6:1 ratio in January and considerably less than the heartbreaking 26 to 1 last year.

Mill feed grade is also rising, climbing to 1.5 g/t in February from 1.4 g/t in January and only 1.0 g/t as recently as November.

The great results were achieved despite wet weather and lightning events during February, which restricted mining activity. However, Blackham still managed to build its high-grade stockpiles to 144,000 tonnes at 1.7 g/t gold, providing at least one month’s buffer of mill feed.

The company said that milled grade and gold production were expected to continue to improve this month because of the increasing grade of the mill feed stockpile.

The strong cashflows generated in February are helping to transform Blackham’s balance sheet. At the end of the month, the company had cash and bullion of $31.4 million. Secured debt at the end of February was $43.8 million.

Blackham’s Executive Chairman, Milan Jerkovic, said: “February’s operational results demonstrate a continued improvement of the turnaround that commenced in December 2017. Record production and further reduced costs from the operation underpinned another month of strong cashflow, whilst maintaining stockpiles with increased grades. We remain confident that 2018 will be a transformational year that will generate significant cashflows and value for Blackham and its shareholders.”