Strategy to increase resource prior to recommissioning of Wiluna Gold plant on track. 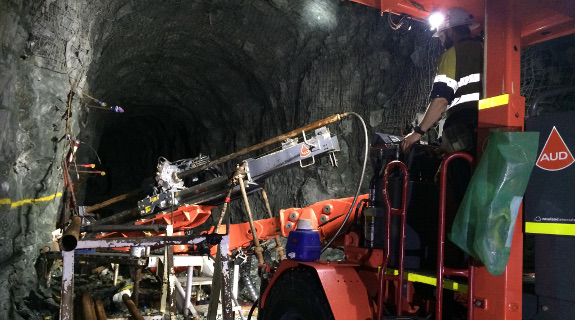 Perth based Blackham Resources has again extended the strike length of its M4 gold deposit with the discovery of yet another high grade lode at its Matilda Project near Wiluna.

The new discovery known as the “Sixers Zone’ extends the strike length of the M4 deposit to over 2km and it remains open along strike to the north and the south.

Further drilling at the project has also helped to confirm the viability of the nearby "Scorchers lode" with results showing 5m @ 7.99 g/t gold and 5m @ 3.62 g/t gold.

The current programme has identified a number of extensions that could expand the company’s free milling, open pit mining inventory at the Matilda Gold project prior to the planned re-commissioning of the Wiluna Gold Plant.

Importantly, the latest drilling campaign has increased the likelihood of the M2, M4 and M4 North pits all merging together, driving them deeper and lowering the stripping ratios, potentially providing significant cost efficiencies.

Blackham Resources recently bought the Wiluna Gold mine out of receivership and are actively working on a strategy to increase their already impressive 4.7m oz resource grading 3.3 g/t gold ahead of the recommisioning of the Wiluna Gold Mine.