Blackham Resources have released their highly anticipated DFS, which shows the Matilda Gold Project in Wiluna reaping at least AUD$234m in free cashfow over its initial 7 year mine life. With only 239m shares on issue on a fully diluted basis and a current share price of less than 50c the maths on this project starts to look very interesting. 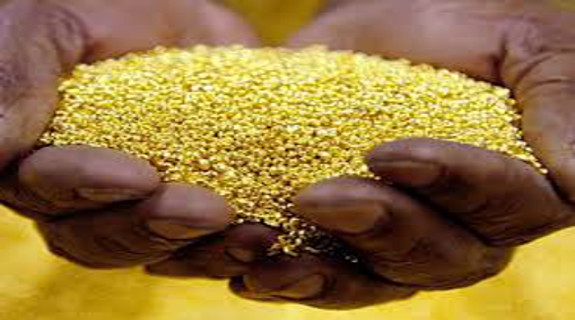 Blackham Resources have released their highly anticipated DFS, which shows the Matilda Gold Project in Wiluna reaping at least $234m in free cashfow over its initial 7 year mine life.

The Matilda Gold project now boasts a mining inventory of 8.3m tonnes of ore grading 2.9% gold for 767 000 ounces of gold.

Importantly Blackham estimates that its total Matilda Gold project resource is actually 45m tonnes grading 3.3 grams per tonne for a total of 4.7m ounces of gold. This will give investors some comfort that the initial 7 year mine life predicted in the DFS is indeed just an initial mine life.

The company says it will turn out 101 000 ounces of gold per annum at a C1 cost of around AUD$850 an ounce and with the gold price sitting at around AUD$1600 an ounce there looks to be plenty of margin in it.

Blackham says they are predicting an ebitda of AUD$62m per year on average for the first 5 years and free cashflow generated by the project over the first 7 years of AUD$234m.

With only 239m shares on issue on a fully diluted basis and a current share price of less than 50c the maths on this project starts to look very interesting.

The net present value of those cashflows is AUD$170m and with pre-production capital costs of $32m the company says it is staring at a capital payback period of just 12 months and an internal rate of return of 150%.

Blackham Managing Director Bryan Dixon - “The Matilda Gold Project Definitive Feasibility Study has confirmed the robust near term cash flows from the Project enabling us to benefit from the current strong AUD gold price. Matilda is the most capital efficient, nearest term producer and has the shortest payback amongst its Western Australian development peers.”

The company also says that with every AUD$100 increase in the gold price another AUD$63m in free cashflow is added to the project which will no doubt attract the interest of the gold bulls.

The Wiluna Gold project is a classic example of why investors keep returning to the gold industry and why optimism can always be generated around a gold project when a new owner takes over regardless of how much money the last owner may have spent.

Apex spent $71m on exploration during that period and then sold the Matilda Gold project to Blackham for just $1.4m after going into receivership in 2013.

Blackham subsequently found another 650 000 ounces of gold at the project.

It just goes to show that its not all about money in the gold exploration business - you actually have to know where to look.