BlackEarth Minerals has identified new high grade target zones at its Maniry graphite project in southern Madagascar with rock chip sampling returned jaw dropping grades of up to 48% total graphitic carbon. These zones are located in the underexplored northwest corner of the project and will be tested during the trenching program that is due to start this month. 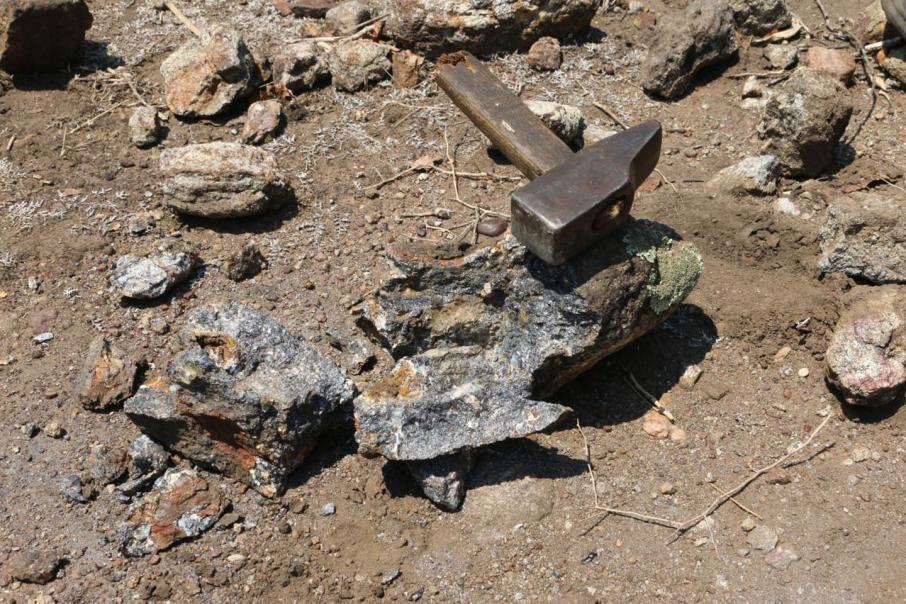 Notably, the rock chip sampling returned consistently high grades with the majority of the 56 rock chips taken returning grades of more than 10% TGC.

These zones of outcropping graphitic schists are located in the underexplored northwest corner of the project that is largely covered by a relatively thin veneer of alluvial cover.

Confirmation of mineralisation in this area has also increased the footprint of the Maniry project.

BlackEarth said these zones of high-grade mineralisation, which are located within 2km of the Razafy graphite resource, will be tested during the trenching program that is due to start this month.

The trenching program is aimed at increasing the size of the current Razafy mineral resource and delineating further high-grade resources within the broader area.

Razafy already has a mineral resource of 11.2 million tonnes grading 7.1% TGC, more than 70% of which is in the more confident “indicated” status.

The results are a continuation of the solid results that BlackEarth has enjoyed from exploration at Maniry.

Earlier this month, the company reported a 90.1m intersection grading 5.7% TGC including a 9.78m intersection @ 9.6% TGC from drilling at the Haja deposit.

Mineralisation at Haja remains open along strike to the north, south and down-dip to the east.

Managing Director Tom Revy said: “BlackEarth’s next short-term hurdle is completion of the Scoping Study by the end of this year with the ultimate goal of delivering large flake graphite into the premium market.”

While demand for graphite for use in lithium ion batteries is certainly growing, the large flake size of the Razafy graphite also makes it suitable for use in the growing and lucrative “expandable graphite” market.

Expandable graphite is used for next generation fire retardant building materials, demand for which is expected to rise in the wake of disasters such as London’s Grenfell Tower fire in 2017 that killed 72 people.

The rapid spread of that fire has been blamed on the use of combustible cladding which could be replaced by expandable graphite.

This has also prompted the Western Australian State Government to introduce new building regulations to restrict the use of combustible material on building facades of high-risk buildings, which could also lead to increased demand for large flake graphite.