BlackEarth Minerals’ resource drilling program in Madagascar has produced another series of impressive drill hits, adding to evidence of a large, high-grade graphite system at its Maniry project. Among the best of the new results was 26m @7.8% total graphitic carbon, including 10m @ 10.45% TGC. BlackEarth is on track for a maiden JORC estimate in July, just six months after listing on the ASX. 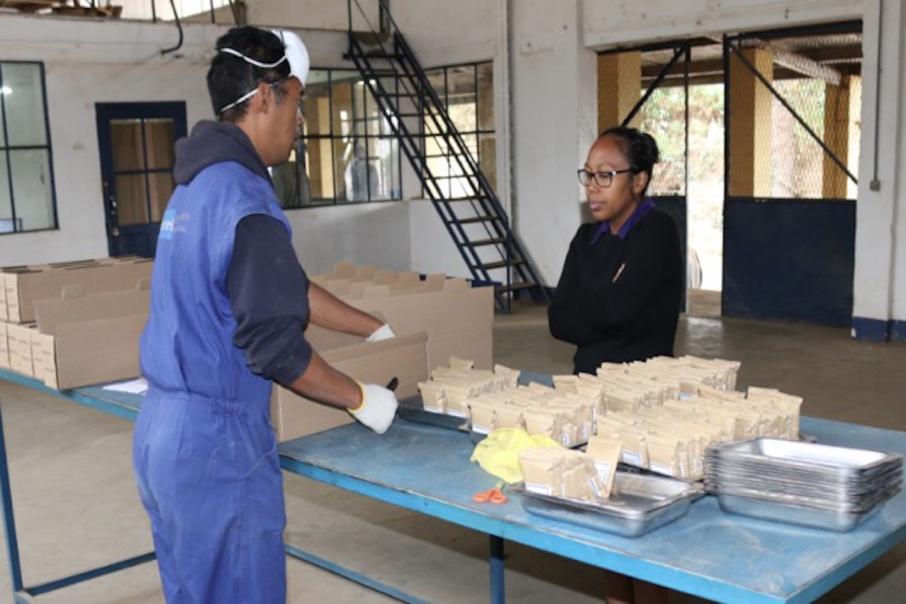 The latest round of assay results from BlackEarth Minerals’ Maniry graphite project in Madagascar have added to the company’s confidence that it may have a large, high-grade mineralised system on its hands.

The recently listed company reported another series of impressive, high-grade results from its resource definition drilling program at the Razafy prospect, located in the northwest of its 100%-owned Maniry project.

Amongst the best results was a 26m intersection grading 7.8% total graphitic carbon, including 10m @ 10.4% TGC.

Importantly the new intersection shows there is continuity up-dip from a drill hit reported last week of 26.45m @ 8.47% TGC.

BlackEarth Managing Director, Tom Revy, said: “The company continues to meet every milestone of its aggressive development schedule. The results we have received so far have confirmed the Board’s initial thoughts that Maniry has the potential to host a large graphitic mineralised system.”

Field observations and preliminary mineralogy have also confirmed the coarse-grained nature of the mineralisation and initial TGC grades within the horizons were generally consistent from hole to hole and from section to section.

The drilling and assay results are also providing some useful exploration guides by showing that previous surface sampling has proven to be an accurate guide as to the expected TGC grades in the sub-surface.

Two rigs are currently on site to conduct a 200-hole diamond and RC drill program for a total of 10,800m. To date, BlackEarth has completed 3,400m of drilling at Razafy, covering about 5% of the prospect area.

The company plans to complete drilling at Razafy in about two weeks, which will include a number of step-out diamond drill holes to get a wider picture of the prospect’s potential. The rigs will then move about 1.5km south to commence drilling at the Haja prospect.

Assay results will continue to stream in as the company races to achieve a maiden JORC resource in July, just six months after it listed on the ASX with an IPO that raised $5.45 million.

The company’s entry into the graphite business has been exquisitely timed, with prices jumping 30% to 40% in the second half of 2017, driven by insatiable demand from the booming lithium battery industry.