BlackEarth has reported very encouraging graphite assays from its maiden drill program at the Maniry project in Madagascar. Results up to 36.7m @ 8.8% total graphitic carbon from the Razafy prospect attest to the high grade nature of the ore deposit. The program outlined continuous graphitic lenses 900 metres long and up to 50m thick from surface. Testing is underway to determine the quality of the product. 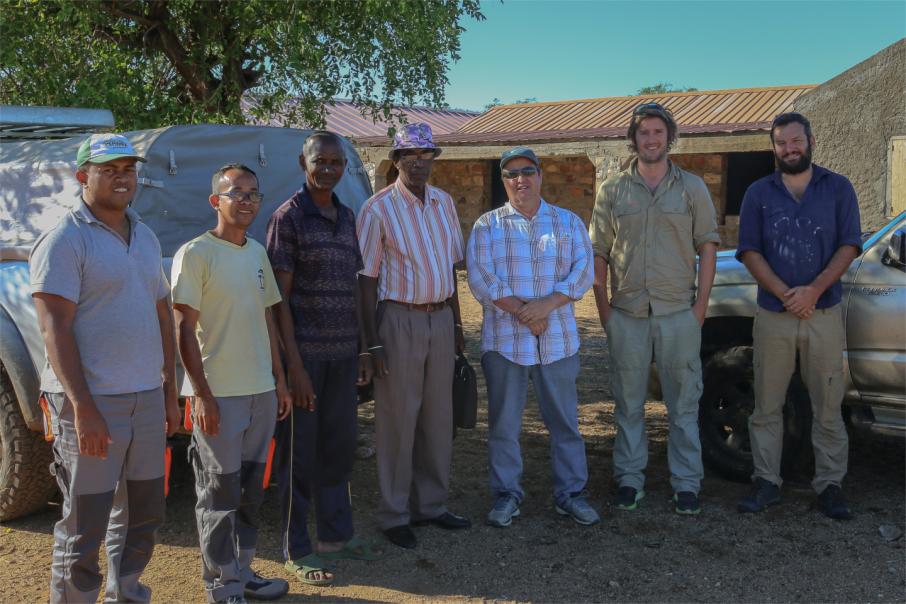 Having only listed in January, the company has wasted no time getting its listing money into the ground in Madagascar with the first set of drill results producing some outstanding widths and grades from the Razafy prospect within the Maniry project.

These solid high-grade results are even better than the grades at the nearby Molo graphite project that is owned by TSX-listed NextSource Minerals just 70km northeast of BlackEarth’s 100%-owned Maniry project.

BlackEarth Minerals’ Managing Director, Tom Revy said: “The company is very pleased with these results as it places the Project in the “high grade” category of global graphite developers."

“Work is currently in progress to transport sufficient sample for commencement of mineralogical and comprehensive metallurgical test work, which we expect to commence next month.”

The assay results appear to confirm the consistency of the width and grade of the graphitic lenses at the project, some of which are over 900 metres long and up to 50m thick from surface.

The Company expects to receive the remaining assays from the first tranche of samples in the next week and they will no doubt be highly anticipated given the initial results. The second shipment of samples has arrived in Australia and is expected to clear customs and be sent to the lab by week’s end.

BlackEarth commenced its diamond drilling program at Razafy in March and is on target to complete the work during June.

According to the company, a maiden indicated resource estimate for the Razafy prospect will be reported during July.

The resource estimate will underpin a scoping study which BlackEarth aims to complete before the end of the calendar year.

The company is looking to fast track the Razafy prospect and monetise the asset as soon as it can, in a country that has been much more receptive to the establishment of a sustainable mineral and resources industry in the past few years.

Madagascar has scarcely appeared on the radar screen of most mining investors but there are a number of major developments being launched on the mineral-rich island nation off the southeast coast of Africa.

Sherritt International Corp runs the large-tonnage, Ambartovy lateritic nickel-cobalt mine in the country and QIT Madagascar Minerals, which is 80%-owned by Rio Tinto, has a mineral sands operation near Fort Dauphin, at the southeast tip of Madagascar.

NextSource is advancing its Molo graphite project headlong towards production and it also has 60 million tonnes grading nearly 0.7% vanadium pentoxide at its Green Giant vanadium project nearby.

Most of these projects have very long projected mine lives, opening up the potential for greater infrastructure investment in Madagascar.

BlackEarth management will no doubt be very encouraged by its first pass results in Madagascar and with multiple samples now off the lab, expect a bit of excitement out of this ASX junior in coming months.