Having just banked a maiden resource estimate at its Razafy graphite project, BlackEarth Minerals has now commenced a regional exploration program at its Maniry and Ianapera projects in Madagascar. The company is planning close spaced trenching and sampling work to outline future high grade drilling targets and is now looking to also table its scoping study for Razafy and a resource estimate for the Haja prospect later in the year. 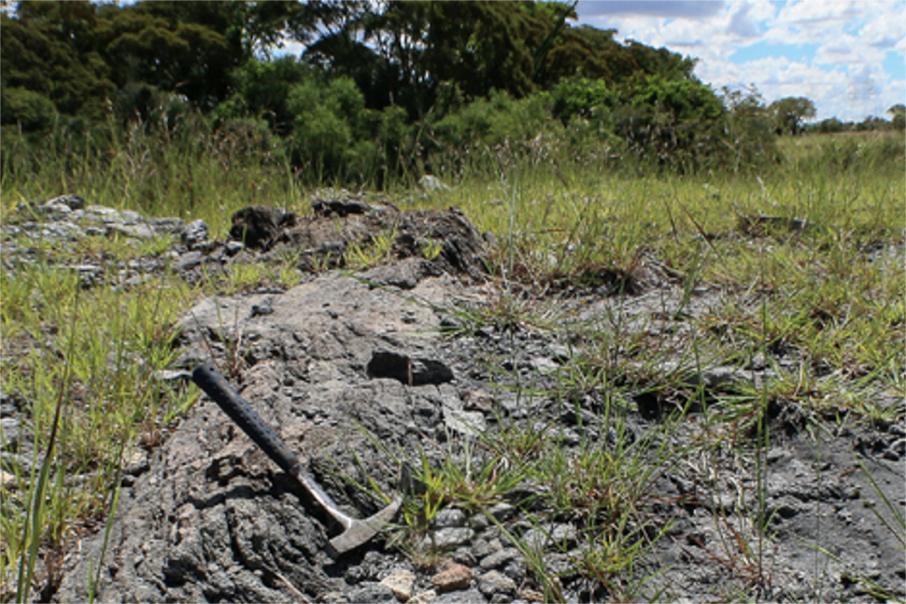 Having just banked a maiden resource estimate at the Razafy graphite project in southern Madagascar, BlackEarth Minerals has set out detailed plans for the second phase of exploration at the Maniry and Ianapera projects on the island nation.

At the Maniry project, which incorporates the existing Razafy resource, the company will undertake a comprehensive program of surface trenching within the highly prospective “Razafy Domain” that extends over 4km of strike.

Previous reconnaissance geological mapping, rock chip sampling and airborne geophysical imagery has highlighted that the Razafy graphite project, is a part of a much larger mineralised system.

Based on this prospectivity, BlackEarth is planning to complete over 3.8km of trenching work on 200 metre spaced traverses across about 3.5km of strike in the Razafy Domain.

The company believes there is considerable potential to increase the size of the current Razafy mineral resource and delineate further high-grade resources within the broader domain.

BlackEarth management particularly likes a strong electrically conductive anomaly centred about 500m northwest of Razafy, which is interpreted to be a concentration of graphite within a folded structure.

The company says that identifying additional resources and higher-grade graphite mineralisation is likely to have a positive impact for the ongoing scoping study on Razafy, which is due for reporting by year’s end.

There are multiple other graphite lenses that are set for trench sampling over the next few months at the Maniry project too.

The Razafy Domain has an estimated exploration target of between 85 million and 125 million tonnes grading between 7% - 8% total graphitic carbon or “TGC”.

BlackEarth also reported that it has received all assays now from the recent drill program at its Haja prospect, which is located 2km south of Razafy in a separate mineralised domain.

Highly encouraging widths and grades of mineralisation up to 81.8m @ 6.1% TGC from 17.4m down-hole were encountered during that program.

This included a higher grade 19.5m section going 8.1% TGC in the initial drill holes at Haja in late August.

A maiden resource estimate for the Haja deposit is now expected in November.

BlackEarth is shifting into high gear now in Madagascar and it is also planning to complete a first-pass, systematic assessment of its exploratory Ianapera project, which is located 75km north of the Maniry project.

The project is situated in a similar geological setting to Maniry and located only 10km north of the Molo graphite deposit, owned by Canada’s NextSource Materials.

Graphitic lenses identified at Ianapera are part of a larger mineralised system and light up well on geophysical electromagnetic imagery available for the region.

The company will also complete a trenching and sampling program across these highly conductive zones, with 3km of trench work planned on 200m spaced traverses at Ianapera, intermittently covering about 4km of strike at the property.

This work will commence in October, after the Maniry project work is completed and assay results of the Ianapera work are expected to be available early in 2019.

BlackEarth Managing Director Tom Revy said: “The trenching work on the Ianapera and Maniry Projects represent the commencement of phase 2 of the exploration program.”

“Whilst the Board remains focused on its “fast track to cashflow” strategy, results obtained from Phase 2 will be used as the basis for expanding current project development plans.”