BlackEarth Minerals has reported outstanding mineralogical results for its Razafy graphite prospect in southern Madagascar, with a significant proportion of the samples being classified as “super jumbo” flake, which currently attract premium prices of nearly A$3,600 per tonne. The company also said that drilling at the Haja prospect, 2km south of Razafy, has intersected wide zones of graphitic schist, enhancing the Maniry project’s prospectivity. 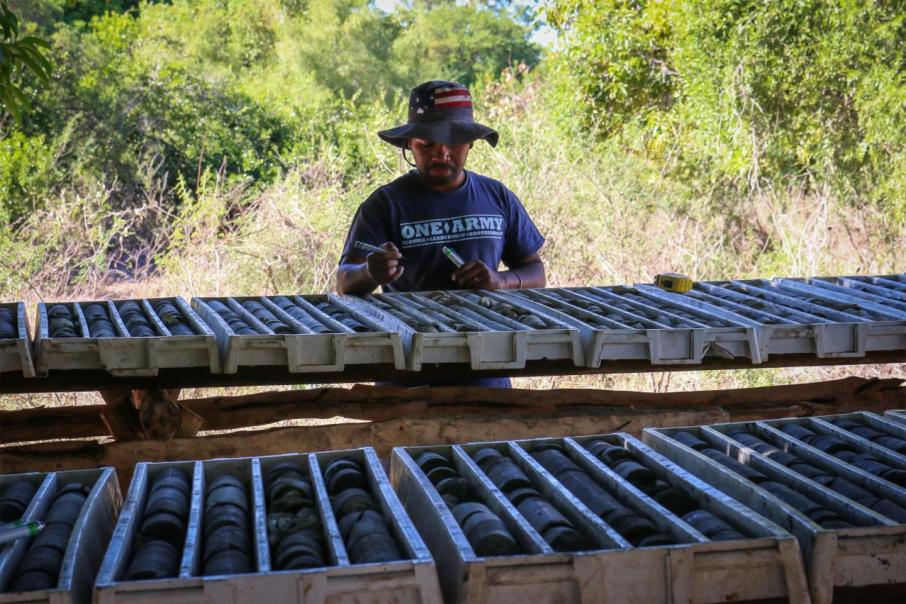 A large quantity of the graphite flake samples were classified as “super jumbo”, above the lucrative 800 microns in size.

Suppliers of super jumbo flake product are currently pulling in just under A$3,600 per tonne and BlackEarth appears to have plenty of it.

Importantly, 60% of the samples returned results over 2000 microns, which is 2-millimetres in size.

This represents an extremely coarse and relatively rare flake product for high-end users that will no doubt attract a premium price – possibly more than A$5,000 per tonne according to the company.

“The company has met every milestone it set itself pre-IPO to date including drill commencement, assay reporting, average daily drill metres and completion of detailed mineralogy. BEM is still on target to define a JORC Resource at Razafy within the next 4-5 weeks and complete a scoping study on the Maniry Graphite Project by the end of 2018.”

“The upcoming metallurgical test work will provide final flake size distribution which is regarded as critical to project economics.”

The Razafy project contains two subparallel lenses of largely unweathered graphite which strike over 1km each and are consistent in their mineralogy both laterally and at depth.

The findings of the mineralogical test work will be used with existing technical data to enable a representative bulk sample of the Razafy mineralisation to be sent to Australia for definitive metallurgical test work.

Outside of Razafy, BlackEarth is continuing its diamond drilling program at the Haja prospect, 2km to the south, where 600 metres of drilling has been completed to date, with all assays pending.

The company reports that wide zones of graphitic schists have been geologically logged at the Haja prospect, further enhancing the prospectivity of its emerging Maniry graphite project.