Australia’s newest graphite pure play BlackEarth Minerals is set to launch an aggressive drill program at its flagship Maniry project in Madagascar after successfully listing on the ASX. The company will begin a 10,800-metre diamond and RC drill program next month with the aim of publishing a maiden JORC resource by mid-year and a scoping study within 12 months of listing. 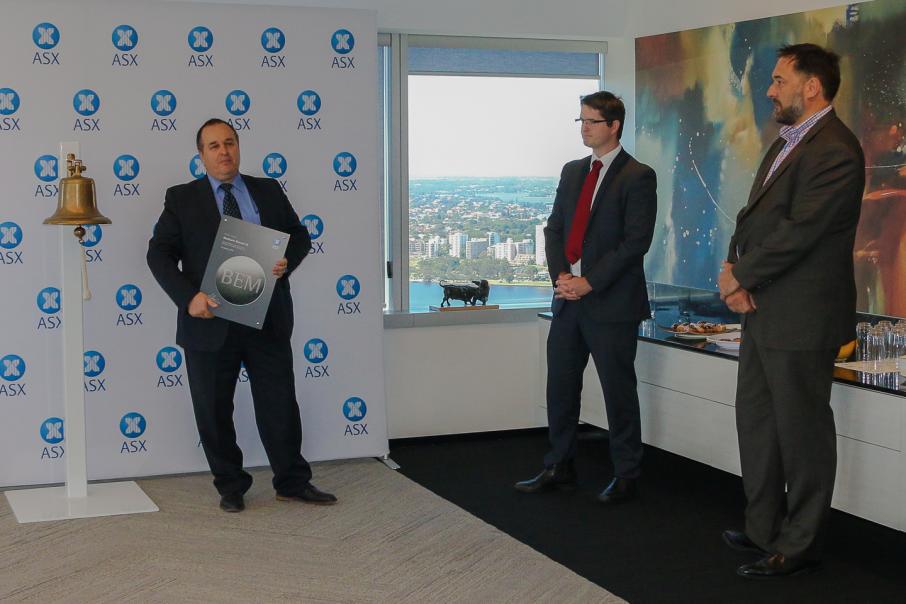 BlackEarth Minerals will hit the ground running at its flagship graphite projects in Madagascar after making a solid debut on the ASX on Friday.

The graphite specialist traded at a premium of up to 5% on its 20-cent issue price, before closing at 20.5 cents on solid turnover.

The successful listing follows an IPO that raised $5.45 million, originally based on the spin out of graphite assets in Western Australia assembled by ASX-listed Lithium Australia, which retains an 18% stake in the company.

BlackEarth’s primary focus is to drive production and cashflow as soon as possible from Maniry, an advanced exploration project in global graphite hotspot Madagascar.

A major 200-hole program will get underway next month, including 2,500 metres of diamond drilling and 8,300 metres of RC drilling.

The objectives are to publish a maiden JORC resource figure in the middle of the year and complete a scoping study within 12 months of listing.

BlackEarth also holds the Ianapera project, just 5kms north of Molo. Although less exploration has been conducted at this project, it features a series of high-grade outcrops of graphite mineralisation overlying a large conductive anomaly.

The aggressive schedule at Maniry is being driven by managing director Tom Revy, a 30-year veteran of the resource sector with specialist expertise in corporate and project development. The board is rounded out by experienced mining professional and Chairman Philip Hearse and non-executive director George Bauk, who is leading Northern Minerals into production at Australia’s first heavy rare earths mine at Browns Range.

Managing Director, Tom Revy, said: “BlackEarth is keen to progress development of the Maniry project by embarking on a systematic and detailed exploration program. We also intend to undertake further mineralogical work, which has already identified the potential for Maniry to produce a very large flake product.

“Following the company’s successful IPO, 2018 will see the company implement its development strategy towards ultimately becoming a quality graphite producer.”

With graphite prices rallying and high-quality assets hard to find, BlackEarth Minerals ASX journey will be interesting to watch.