BlackEarth Minerals has delivered a maiden resource estimate of 11.2 million tonnes grading 7.1% total graphitic carbon at its emerging Razafy graphite prospect in Madagascar. The recent work will form the backbone of the Maniry project scoping study which is scheduled for delivery in the last quarter of 2018. The company also issued a massive exploration target for Maniry, ranging from 260-380 million tonnes @ 6-8% TGC. 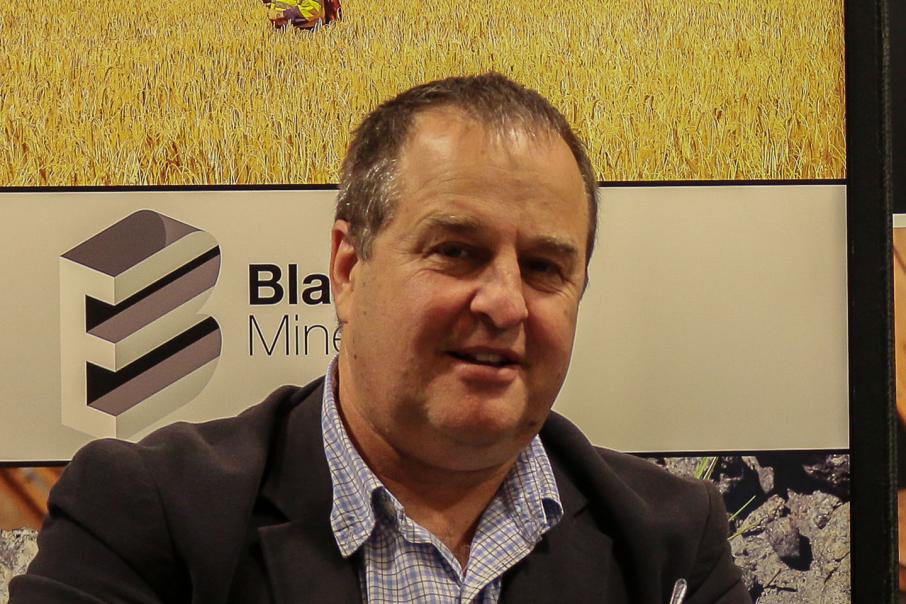 Just 7 months after listing on the ASX, BlackEarth Minerals has turned out a solid maiden resource estimation at its Razafy graphite prospect in southern Madagascar, effectively delivering on its first major listing promise in style.

The company estimates its maiden resource at Razafy at 11.2 million tonnes grading 7.1% total graphitic carbon which might end up being dwarfed in the final analysis if any part of the company’s newly announced exploration target comes to fruition.

This week BlackEarth told the ASX it has struck an exploration target that could be up to 34 times larger than its maiden resource estimate indicating that the deposit still has plenty of legs left in it yet.

The three regions included in the target were the Razafy, Haja and Ivan domains, with no definitive drilling having been completed on the latter target at this stage.

More than 70% of the maiden resource is at the confident indicated status and the deposit contains a high component of the premium “super jumbo” flake and is free of any penalty contaminants.

The mineralisation is currently open along strike in both directions and also down-dip.

The maiden resource will form the backbone of the Maniry project scoping study, which is scheduled for delivery in the last quarter of 2018.

According to the management, this work will then pave the way for a feasibility study, which will be completed in 2019.

BlackEarth Managing Director, Tom Revy said: “This is a great milestone for BlackEarth. Following the IPO in January this year, we have delivered the maiden resource within seven months of listing. This resource has delivered a high grade of graphite with favourable mineralogy.”

“I look forward to growing the resource and commencement of our next major deliverable: the scoping study.”

This can only have a positive effect for the potential development of standalone projects like Maniry and BlackEarth will no doubt be keen to exploit that window of opportunity, by accelerating efforts to lock-in off-take agreements with potential customers.

The company plans to undertake the next phase of exploration at Razafy next quarter with the aim of delineating further high-grade graphite within that highly prospective wider project area.

Only last week, BlackEarth announced it had extended the main Razafy ore system to over 1.2km of strike on both lenses and also returned high-grade results from the Razafy East prospect, which is 450m east and subparallel to the main ore bodies.

Drilling is also winding up at the separate Haja prospect, 2km south of Razafy, with assay results pending and a maiden resource for this area also due in the December quarter.

BlackEarths recently announced numbers make for an interesting comparison to the Molo graphite project, owned by Canada’s NextSource Minerals, that lies just 65km northeast of the Maniry project in Madagascar.

BlackEarth’s second graphite project in Madagascar, the Ianapera project, is located along strike from Molo and the company says that preliminary exploration will commence there in the December quarter.

Significant field reconnaissance combined with an interpretation of geophysical data sets has the company confident that assumptions underlying the grade and tonnage estimates of its exploration target can be supported.

Near-term, the Razafy domain remains the priority exploration target, as BlackEarth trys to get a handle on just how big that deposit really is.

Mr Revy added: “This Exploration Target in the range of 260 – 380 million tonnes at 6-8% demonstrates the significant potential of the Maniry Graphite Project.”

BlackEarth is clearly on a mission in Madagascar and the size of its exploration target combined with confirmation that a serious resource already exists, will make for a touch of excitement for this ASX listed junior over the next 6 months or so.

Don’t put your glasses down just yet.