Elon Musk once famously said of his Lithium-ion batteries; “our cells should be called nickel-graphite because primarily the cathode is nickel and the anode side is graphite with silicon oxide”. With the steel industry undergoing a resurgence, Lithium-ion battery demand getting stratospheric and Chinese graphite plants closing due to enviro concerns, it's no wonder the graphite price has jumped 30%. 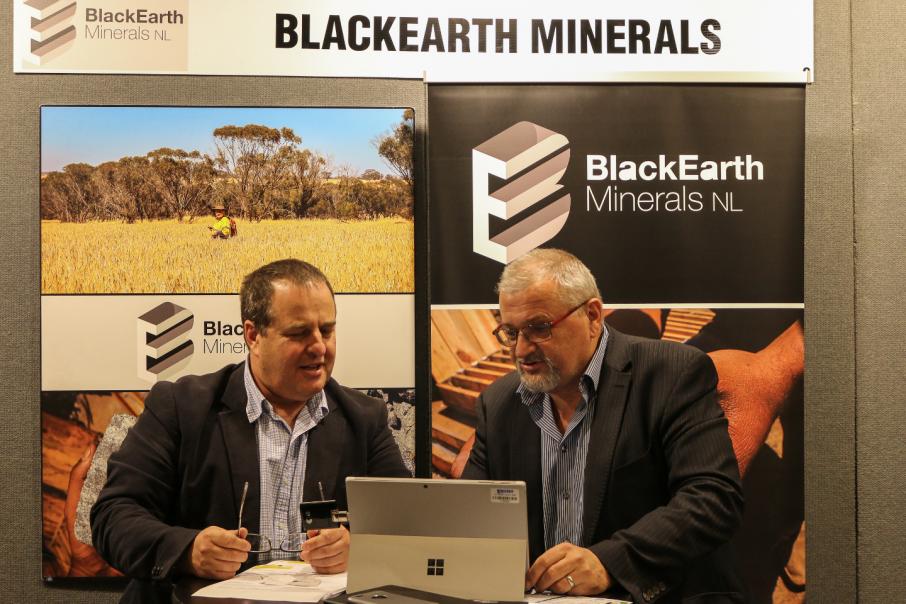 Elon Musk once famously said of his Lithium-ion batteries; “our cells should be called nickel-graphite because primarily the cathode is nickel and the anode side is graphite with silicon oxide”

He then went on to say that the amount of Lithium contained in Lithium-ion batteries in comparison to the nickel and graphite components of the cathodes and anodes is “like the salt on the salad.”

Musk was of course referring to the not so well known fact that Lithium-ion batteries, whilst famous for their Lithium based electrical qualities, are actually made up in the majority of nickel and graphite – both of which are coming back into vogue in a big hurry.

The nickel price has jumped 40 percent since touching USD$4 a pound in July this year and graphite, particularly flake graphite suitable for the battery market, is back on everyone’s radar.

Given that flake graphite prices are up around 30% just in the last couple of months alone, BlackEarth Minerals look to have timed their upcoming graphite float on the ASX superbly.

With large flake graphite now fetching around USD$1100 a tonne and premium grades much more than that, BlackEarth’s quick to Jorc resource strategy in Madagascar presents an interesting opportunity for battery obsessed investors who missed the Lithium boat.

BlackEarth already have a prospectus on the street to raise between $4.5m and $6m. The listing price will be 20c a share with a one for two free, partly paid share at $0.0001, convertible to fully paid at $.2499.

The company is looking to exploit a number of tantalising, walk up drill targets in the heart of graphite country in Madagascar that boast a solid mix of nearolgy and geology.

BlackEarth have two projects in the mineral rich East African nation that is famous for its high quality, large flake graphite – so famous in fact that it sets the world standard for graphite quality known as the Madagascan Graphite Standard.

BlackEarth’s “Maniry” project covers an area of around 143 square kilometres and is approximately 40 km north of Ampanihy, a large regional township in southern Madagascar.

Management say that Maniry hosts a large-scale graphite mineralised system and preliminary work on most of the defined targets has been completed.

The project boasts around 34 large-scale zones of prominently outcropping graphite mineralisation over an area that is 6.5 km long by 2.5 km wide.

Sampling at Maniry has thrown up some interesting grades too with the peak result going over 50% total graphitic carbon in an industry that is generally happy with between 6% and 12% TGC.

Drilling by previous owner Capricorn Metals was also encouraging with results such as 38m @ 8.3% TGC including a 14m intersection grading 11.3%.

Maniry has also thrown up some very long intersections too including a 50m intersection grading 6.9% TGC which included 26m @ 9.1% TGC.

NextSource have already produced a feasibility study and are hurtling towards production at an initial rate of 17,000 tonnes per annum, increasing to 50,000 tonnes p/a in phase 2. No doubt BlackEarth will make good use of NextSource’s publicly available feasibility study which puts their cost to mine and process a tonne of flake graphite that should sell for at least USD$1000, at just USD$367 not including transportation.

According to research house Roskill, this makes them competitive even with Chinese producers and amongst the lowest quartile of graphite producers around the world on an all-inclusive CIF basis.

The other remarkable thing about NextSource Material’s Molo project is that is will cost just USD$18.4m in capex which augers well for BlackEarth if they can pull a resource together in Madagascar.

It consists of a series of high-grade outcrops of graphite mineralisation within a broader graphite trend. Importantly, they lie atop a large conductive body, as defined by VTEM. Graphite is highly conductive, so this may indicate the presence of a large graphitic mineralised system.

BlackEarth say they are targeting at least 3-5m tonnes at Ianapera going 15% TGC to make it a stand alone project or they may even look to create some value from it by buddying up with NextSource. The company is targeting a resource in Madagascar within 6 months and possibly even the completion of a scoping study within 12 months.

BlackEarth is the brain child of Lithium Australia Managing Director Adrian Griffin and experienced Perth mining identity Tom Revy who will head up the company.

It was spun out of Lithium Australia with a raft of interesting looking West Australian based graphite plays with the Madagascan graphite opportunity coming in a little later.

Graphite is also used in steel making and before the Lithium-ion battery industry took hold, the steel market represented a major source of demand for graphite.

In what looks to be a perfect storm for BlackEarth Minerals, the steel industry is undergoing somewhat of a resurgence right now just as the Lithium-ion battery (read nickel-graphite battery) market gets set to take off.

If that wasn’t enough, China’s new obsession with the environment has caused the closure of a number of graphite production facilities lately, particularly in the province of Shandong.

This has led to upward pricing curves for graphite recently and an alignment of the moons for BlackEarth Minerals who will hit the ASX listing boards within weeks.