Western Australia’s $50,000 Black Swan Prize for Portraiture has been renamed the Lester Prize, in honour of the award’s leading patron, Dick Lester. 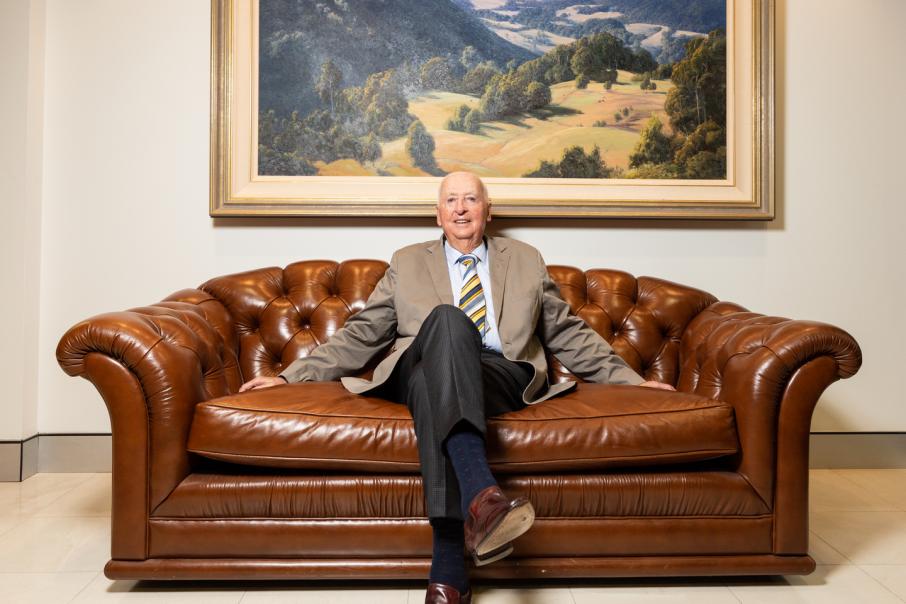 Dick Lester says he is humbled by the naming honour. Photo: Gabriel Oliveira

Western Australia’s $50,000 Black Swan Prize for Portraiture has been renamed the Lester Prize, in honour of the award’s leading patron, Dick Lester.

Officially announced at a launch event last night, the move has come after an extensive period of consultation with artists, arts administrators, sponsors and partners to develop a name more recognizable than Black Swan, which is shared by multiple organisations and products in WA.

The new name recognises the leadership and support of property investor Lester Group chair Richard (Dick) Lester in helping the prize grow into one of the most prestigious on Australia’s visual arts calendar.

The Lester Prize is managed by The Lester (formerly ARTrinsic Inc), a not-for-profit organisation founded in 2007 by Tina Wilson to provide an avenue for artists to exhibit works of portraiture within WA.

Mr Lester was made lifetime patron of the prize in 2018, in recognition of his passion for the arts, his encouragement of Ms Wilson during her tenure as executive director, and his advice and financial assistance.

Mr Lester told Business News he was overcome to be honoured in this way.

“In 2007, Tina Wilson strode into my life - she’d heard about my interest in landscape art, she booked in an appointment and she came in to see the landscapes, very sneaky,” he said.

“While she was there, she presented me with a vision to establish a portraiture prize in Perth.

Together they set up the Black Swan Prize, aiming to provide a non-political and transparent judging process.

“We decided to look at what the Archibald do and how they do it, see if we could do it better, and overtime establish a parallel prize,” Mr Lester said.

Ms Wilson was made patron of the prize in 2018. After successfully taking the main awards and exhibition to its new home at the Art Gallery of Western Australia in 2016, she stepped down to return to her own artistic practice.

“The Black Swan Prize was created by a community of passionate people, fuelled by a shared vision to support artists and to engage the community to embrace visual arts,” Ms Wilson said.

“I am thrilled that the prize has a new identity.

“It recognises the past but, more importantly, looks towards an amazing future.”

Chairman of The Lester board John Langoulant praised the rebrand, and the efforts of those involved, particularly Block.

"Change is a risky time for any organisation and we were constantly challenged, but always supported to create a brand that artists, partners, sponsors and the board would have immense pride in," Mr Langoulant said.

“Portraiture is the most accessible form of visual art.

“No matter the style in which it is rendered, the human likeness is something we can all relate to.

“It’s the one form of art we have all created at some point in our lives—there is something elemental in human nature that drives us to draw or paint the likenesses of people.

“We don’t have to be experts to enjoy portraiture, and we are proud to provide WA with the opportunity to engage with the best of the art-form each year in a format that puts the artists and community front and centre.”