An upcoming Senate inquiry is a sign Australia’s precarious liquid fuel security situation may finally be getting the attention it deserves. 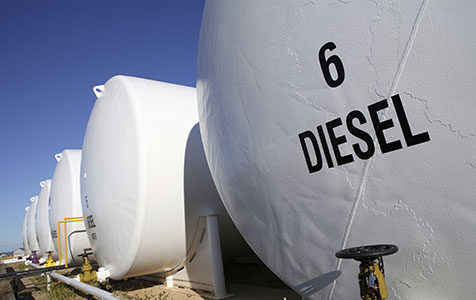 CRITICAL: The downward trend in Australia’s fuel security has prompted action from the Senate.

Just months into its pivotal role in the nation’s governance, the Palmer United Party will play its part in what’s likely to be the most significant Senate inquiry undertaken since WWII.

Victorian independent Senator John Madigan was a prime mover in establishing the inquiry.

“I welcome the backing of the government, opposition and crossbench to come together and establish a plan for Australia’s fuel security,” Senator Madigan said.

“Over the past two decades we have seen a downward trend in Australia’s fuel security. Australia’s current resilience to any potential crisis that could face the region is worryingly low.

“Considering official figures indicate that we have 12 days of diesel stock and 17 days of aviation fuel, I couldn’t stand by and not act.”

He said the issue was referred to the rural and regional affairs and transport references committee after it was raised in the Senate.

“This is clearly unsustainable as crude oil exports from those countries which supply Australia have actually declined by 2.1Mbbl/d from their peak in 2005.”

Early in 2012 Perth scientist David Archibald alerted State Scene of a report withheld by the Gillard government on precisely this issue. The 474-page report, ‘Transport Energy Future: long-term oil supply trends and projections’ from March 2009 was instead posted on a French website.

“Report 117’s findings warn of the tightening fuel situation Australia will be facing,” Archibald told State Scene at the time.

My efforts to determine why this bizarre state of affairs arose were ignored by Canberra; and I here refer to a submission I sent to an energy white paper secretariat.

“Of even greater concern is the fact that Report 117 has been mysteriously and inexplicably sidelined, presumably by someone within the national bureaucracy,” I wrote.

“Thankfully someone else had the good sense and patriotic fervour to make the report available to Monsieur Jean-Marc Jancovici of France.

“Because of the blatant hiding of Report 117 I urge that a comprehensive investigation be immediately launched with the assistance of the Australian Federal Police and the Australian Security Intelligence Organisation after which your draft energy white paper should be accordingly corrected.”

The secretariat’s refusal to even acknowledge receiving my submission didn’t end matters, however.

Since they’re accessible at http://www.mynrma.com.au/media/Fuel_Security_Report.pdf, one only need say they carry dire warnings should Australia’s northern sea lanes ever be cut.

Here’s an extract from Report I: “In essence, we have adopted a ‘she’ll be right’ approach to fuel security, relying on the historical performance of global oil and fuel markers to provide in all case,” Blackburn wrote.

“Unfortunately as a result of our limited and decreasing refining capacity, our small stockholdings and long supply chains, our society is at significant risk if any of the assumptions contained in the vulnerability assessment made to date prove false.

“We would not be the first country to get our assumptions wrong, in that respect, history can be relied upon.”

Since tipping me off to withheld Report 117, Archibald has had a book published in the US, Twilight of Abundance: Why Life in the 21st Century will be Nasty, Brutish and Short, which considers global energy questions.

In it he considers depleting global oil stocks.

However, countries with abundant coal reserves, like Australia, can opt for coal-to-liquid fuel plants to ensure their fuel needs, thereby immunising themselves against blockading, Archibald argues.

And Russia’s 210-year-old Federal University of Kazan has invited him to deliver a lecture on energy early next year.

In November, Blackburn will deliver a free lecture, hosted by the Council for the National Interest (WA), at Royal Perth Yacht Club, on this issue.