Infinity Lithium says its proposed AUD$395m Spanish lithium project could potentially churn out AUD$172m a year before tax in annual operating free cash flows for at least 24 years. The lovely set of numbers were contained in the company’s lower level scoping study announced to the market this week that details the preliminary economics of building a lithium hydroxide plant along side its lithium mine. 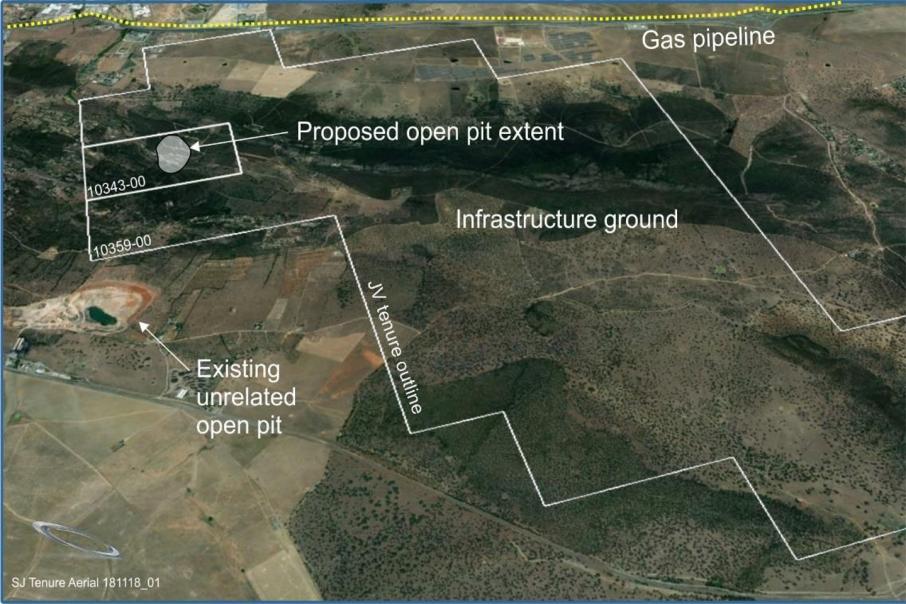 ASX listed lithium player Infinity Lithium shot to prominence this week with news that its proposed Spanish lithium mine and hydroxide plant could show an NPV as high as AUD$1.393 billion dollars before tax if lithium hydroxide prices could stabilise at just under USD$18,000 a tonne over the next couple of decades.

Whilst the numbers were contained in a lower accuracy scoping study that the company admits could have a margin for error at the moment of plus or minus 35%, even at the extremities of that margin, they still look to be a lovely set of numbers for this relatively tightly held company that has just 190m fully paid shares on issue.

The company says its fifty percent owned San Jose lithium project, located in western Spain, could still churn out up to AUD$172m a year in free operating cash flows before tax, even if lithium hydroxide prices remained at just under $15,000 a tonne for the next couple of decades.

With an initial project life of some 24 years, San Jose certainly looks capable of muscling up financially to some of the better-known lithium projects in Western Australia.

Benchmark Mineral Intelligence was quoting a spot price of around USD$18,000 a tonne for lithium hydroxide in October 2018.

Whilst Infinity’s product is contained within a comparatively lower grade “mica” mineralisation instead of the better known and higher grade “spodumene” mineralisation, Infinity has one exquisite advantage – a commercial gas pipeline that runs straight past its project just 1km away.

Whilst most West Australian spodumene based lithium projects have to ship their beneficiated ore up to 8000km to China to be turned into lithium hydroxide, Infinity will use its trump card – the gas pipeline - to supply energy to make the lithium hydroxide on-site in Spain, via the very energy intensive process of “roasting”.

Whilst Infinity will have to move more ore than the higher-grade spodumene players to get a tonne of comparable hydroxide, the company says it doesn’t have to roast it for anywhere near as long and in any case, the economics of only moving the ore a kilometre or two from the mine to the on-site hydroxide plant, would make the West Australian lithium glitterati green with envy.

Infinity’s scoping study says that even at a long-term lithium hydroxide price of just under USD$15,000, San Jose still shows a pre-tax NPV of just over AUD$982m, dwarfing its current market cap of just AUD$16m.

Infinity has already submitted a mining licence application for the San Jose lithium project, thereby earning its 50% interest in the venture under the terms of a JV agreement with in-country partner Valoriza Mineria SA.

Valoriza Mineria is a fully-owned subsidiary of SACYR SA, a major billion-dollar construction and engineering firm with a proven ability to get mines into operation in Spain.

Infinity also has an agreement with Valoriza Mineria to move to a 75% interest for the San Jose project via the completion of a more detailed feasibility study on the project.

Initial upfront capex for San Jose is expected to come in at around AUD$395m and the scoping study anticipates an IRR at the lower hydroxide price of just under USD$15,000 a tonne of 51%.

That number jumps to an amazing 74% using the higher, long term pricing model of USD$17,733 a tonne.

Infinity says it can turn out a tonne of lithium hydroxide over the 24 year life of project period for just USD$5,343, largely due to the exquisite logistics of having its own, on-site hydroxide plant rather than shipping ore overseas to China.

Interestingly, Spain was the second largest manufacturer of automobiles in Europe in 2017 and it is shaping up as a leading player in the lithium driven electric vehicle market.

“… the long mine and processing life (of the San Jose lithium project) aligns to many European nations’ targeted reduction in emissions and phase out of internal combustion engine vehicles.”

The project has a JORC compliant mineral resource of 111.3 million tonnes grading 0.61% lithium oxide and 206 parts per million tin, the latter metal being a potentially valuable by-product of the operation.

More than 90% of the current resource base is in the confident indicated classification from which ore reserves can be optimised.

The obvious endgame for Infinity is to take advantage of the many and varied European Government and private sector operators that are looking to develop a lithium battery manufacturing hub in the region and Infinity is looking like being Johnny on the spot in this electric vehicle obsessed part of the world.

The outstanding results from its scoping study will now give Infinity and its JV partners in Spain the impetus they need to move forward with this lucrative and intriguing opportunity to extract maximum value from their in-ground lithium assets.