Big target for Hawkstone at US lithium clay project

Hawkstone Mining has estimated that its Big Sandy lithium clay project could hold between 242.1 million tonnes and 417.6 million tonnes grading from 1,000 ppm to 2,000 ppm of lithium, in an Exploration Target unveiled this week. The company is completing a follow-up diamond drilling program over the Northern Mineralised Zone at Big Sandy, with the aim of generating a maiden JORC-compliant mineral resource. 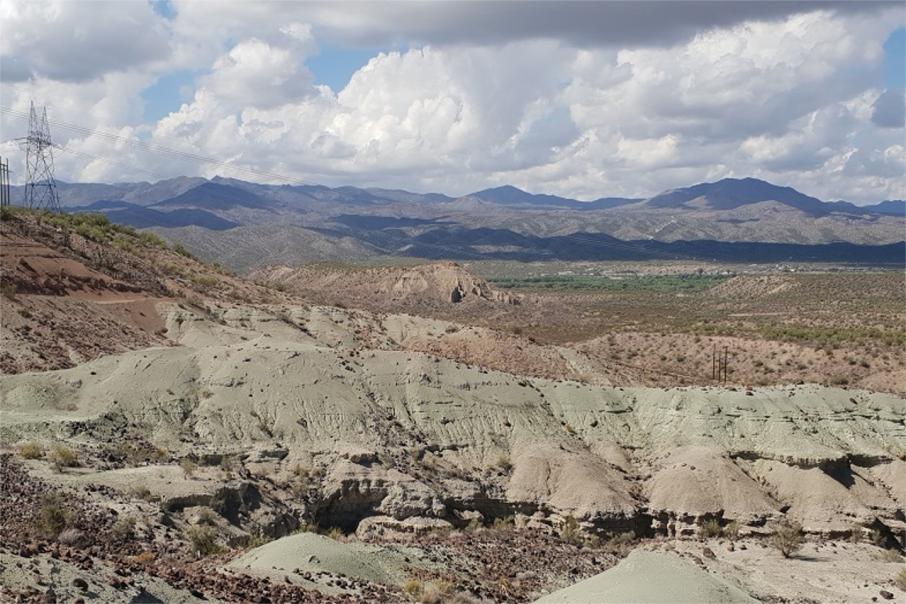 The new Exploration Target was unveiled this week, after extensive geological reconnaissance mapping, surface sampling and maiden diamond drilling campaign on-site allowed the company to define the dimensions of the ore system.

Hawkstone is currently roaring along with its second stage of diamond drilling at Big Sandy, with assay results from the initial holes of this program pending and due for reporting shortly.

The company is aiming to define a maiden JORC-compliant mineral resource for the Big Sandy project after the completion of the present 3,700 metre campaign.

Hawkstone Mining Managing Director Paul Lloyd said: “The Exploration Target marks a significant milestone for the company, in under 12 months we have moved from project acquisition through to advanced drilling, building significant momentum towards our objective of defining a JORC resource.”

“The Exploration Target forms part of an aggressive exploration program with the maiden drilling program confirming significant lithium mineralisation and recent metallurgical testing identifying successful leaching of the lithium from the clays.

“With diamond drilling continuing and further assays pending, the company expects a stream of significant newsflow over the coming months.”

The mineralised unit effectively sits right at the surface and has a soft consistency that is amenable to free digging and will likely require no drill and blast or crushing in any potential future mining and processing activities.

Hawkstone is in good company in this part of the western US, with a number of different companies now focussed on the lithium potential of clay projects in this district, located directly east of the Rockies.

Tesla’s Gigafactory 1, which is a lithium-ion battery and EV sub-assembly factory located about 750km up the highway from Big Sandy in Nevada state, is likely to be a willing customer for the company’s finished lithium product if it can make the project fly.