Hawkstone Mining has increased the Exploration Target for its Big Sandy lithium clay project in Arizona state USA, by 23% through new geological mapping and surface sampling in the Northern Mineralised Zone. The updated total Exploration Target for Big Sandy now sits at between 271.1 million and 483.1 million tonnes grading from 1,000 ppm lithium to approximately 2,000 ppm lithium. 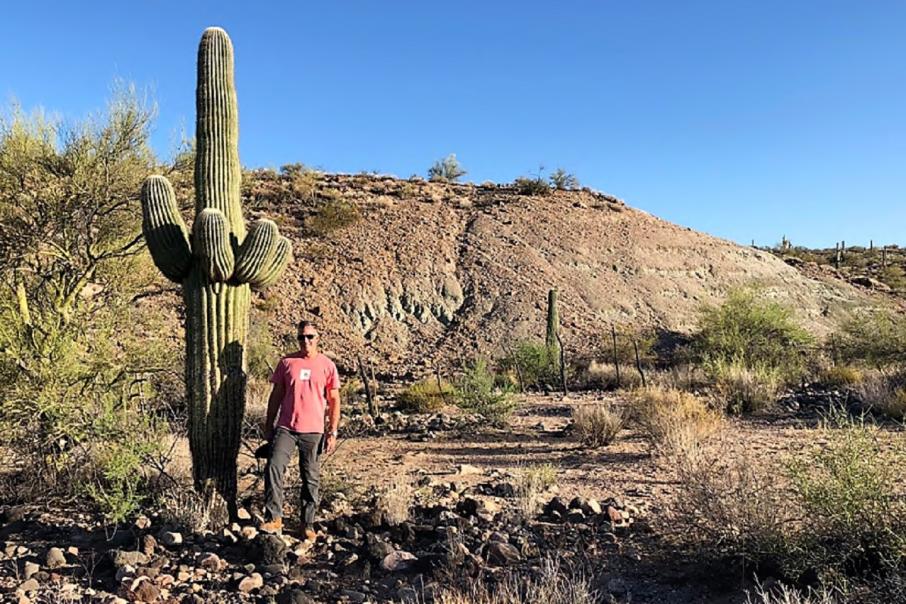 The updated total Exploration Target for Big Sandy now sits at between 271.1 million and 483.1 million tonnes grading from 1,000 parts per million or “ppm” lithium to approximately 2,000ppm lithium.

Hawkstone Mining Managing Director Paul Lloyd said: “(The company’s aggressive exploration program has) “led to another increase in the Exploration Target demonstrating the projects’ overall potential. We have further drilling planned as we continue to develop the Big Sandy lithium project.

Whilst Exploration Targets are known to be conceptual, the company has redefined the boundaries of the Big Sandy mineralisation by estimating thickness of the host sediments through a combination of “ground-truthing” or geological mapping, drill hole data and elevation points.

The company describes the Big Sandy project as having “simple geology”. This refers to the fact that lithium mineralisation is hosted in distinctive flat-lying sediments that are derived from ancient lakes.

These sediments happen to be continuous and regionally extensive – making for potentially large tonnages of mineralised material.

The geology of the project may also contribute to lowering potential extraction costs as it is likely that little to no blasting will be required.

The Big Sandy project is located about 2.5 hours’ drive northwest of Arizona’s capital city, Phoenix, and lies within the western US’ strategic “Battery Corridor”, which includes Tesla Motors Gigafactory 1, a lithium-ion battery and electric vehicle assembly factory in Reno, Nevada.

Hawkstone holds just over 25 square kilometres of ground in Arizona, where the company has defined an 11km long lithium mineralised zone that ranges from surface to a depth of 110m.

It recently tabled a resource for Big Sandy that totals 32.5 million tonnes grading at 1,850ppm lithium for 320,800 tonnes of lithium carbonate equivalent.

Preliminary metallurgical test work at Big Sandy demonstrated the extractability of the lithium from clay, with recoveries between 85% and 97%.

The company has been on a rapid exploration drive to potentially turn Big Sandy into the USA’s next lithium mine.

There are not a lot of examples of lithium being mined from clay yet as the lithium market is still developing, but the general school of thought is that the soft and simple nature of the clay geology should make for easy mining and processing.

The theory being that it most likely can just be scraped up from the surface and processed without the usual and significant costs that accompany hard rock mining. 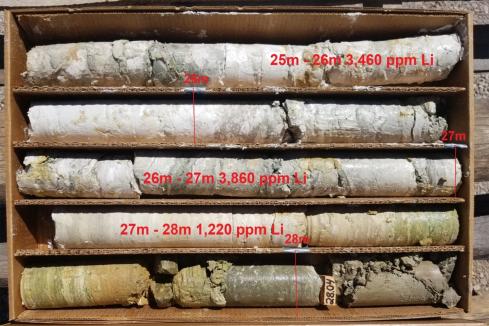 Hawkstone lines up lithium clay resource in US 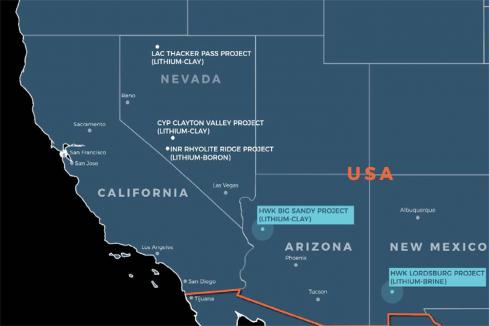