Joe Biden’s position in the US presidential election has strengthened overnight, but a definitive result is some time away. 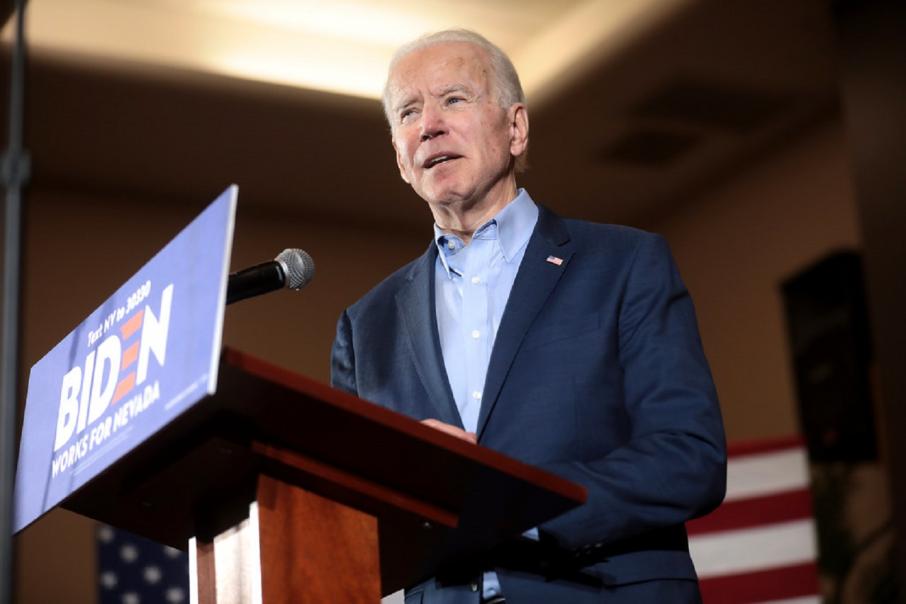 Joe Biden holds a narrow lead over the incumbent in both the electoral college and popular vote. Photo: Gage Skidmore

Joe Biden’s position in the US presidential election has strengthened overnight, but a definitive result is some time away.

Mr Biden needed to hold Arizona and Nevada and pick up any two of Michigan, Wisconsin, Pennsylvania, Georgia and North Carolina as counting in the election moved into a second day.

While Mr Trump had led in Michigan and Wisconsin, postal and absentee votes put Mr Biden over the top.

Mr Biden leads Wisconsin by about 20,000 votes, which would secure him the state’s 10 electoral college votes.

But the result is close enough that a recount will be likely.

Mr Biden is catching up fast in Pennsylvania, again thanks to early votes, mail in ballots and potentially, late arriving ballots.

However, election analyst Nate Silver has said calls made by networks yesterday putting Arizona into Mr Biden’s column may need to be retracted.

Mr Trump would need to win back Arizona, and hold his leads in Pennsylvania, Georgia and North Carolina to win the election.

Some results will be disputed in the courts, particularly a ruling in Pennsylvania, which said ballots could be received after election day.

Today's developments follow a stronger-than-expected performance from Mr Trump on election night, when he won Florida, Ohio and Iowa by decisive margins.

As the night wore on, though, Mr Biden pulled off narrow wins in Wisconsin and Michigan based on his advantage with absentee voters.

Associated Press and Fox News had called Arizona for Mr Biden on the night; however, most major news networks have refrained from making a call due to the nature of outstanding votes.

Mr Trump has significantly narrowed the gap since based on his strength in the populous Maricopa County; Mr Biden currently leads there, as well as neighbouring Pima County.

Political analyst Nate Silver has said news networks that had previously called Arizona for the former vice-president should retract their projection based on how much is not yet known about the votes that need to be counted.

Mr Biden currently leads Mr Trump in Arizona, 51 per cent to 48 per cent, with 86 per cent of precincts reporting.

Mark Kelly, a former astronaut and husband of former congresswoman Gabriel Giffords, has been projected as the winner in the state’s senate election, defeating the Republican incumbent.

Elsewhere, Mr Biden holds a narrowing lead over Mr Trump in Nevada, where the incumbent trails by just 8,000 votes.

Nevada was won by Hillary Clinton in 2016, but Mr Trump had made a play for the state’s six Electoral College votes.

Absentee votes have so favoured the president, but the vast numbers of outstanding votes still to be counted are in Clark County, home to Las Vegas, and Washoe County, home to Reno.

Both cities notionally lean towards Democratic candidates and were won by the state’s governor and junior senator in the 2018 mid-term elections.

Mr Biden's strength with urban voters is expected to play out in Georgia, where he trails Mr Trump by less than 1 percentage point.

Georgia appeared to favour Mr Trump on the night, but his lead has narrowed considerably as absentee ballots from Fulton County, home to Atlanta, have been tabulated overnight.

Mr Biden may yet win the state but it is expected whoever does win will do so by a thin margin.

Lucy McBath, the Democratic incumbent who holds the congressional district that takes in parts of Fulton Country, did win re-election to a second term.

The state’s ordinary senate election is currently too close to call while the race to fill the state's other seat will advance to a run-off election in January.

Pennsylvania is also expected to favour Mr Biden in the coming days, as he has slashed Mr Trump’s Election Day lead by double digits as absentee votes have been tabulated.

Mr Trump narrowly won the state in 2016 on his way to securing a surprise victory that year.

He appears to be underperforming with postal votes this year, though, a trend observed in Michigan where Mr Biden overcame a double-digit deficit overnight to win the state by a projected single-digit margin.

Mr Trump leads Mr Biden by 3 percentage points in Pennsylvania, with about 89 per cent of precincts reporting.

The incumbent has already signalled he is prepared to litigate these results and others in court, telling supporters yesterday he believed had won the election.

AP released a statement shortly after stating Mr Trump had not won the election and that votes still needed to be counted.

Mr Trump has already indicated he will challenge the results in Wisconsin, where he appears to have lost by less than 1 percentage point and is entitled by state law to a recount.

It is unlikely the recount will yield a significant shift in results given Mr Biden holds a lead of about 20,000 votes at present.

A recount in 2016 shifted just one-hundred-and-fifty votes towards Mrs Clinton when she lost the state by about ten-thousand votes.

While more votes are still to be counted in North Carolina, it is likely Mr Trump will win the state; a winner has not been declared in the state’s senate race, but the incumbent Republican has already declared victory.

Mr Biden addressed supporters in Delaware today, stopping short of declaring victory but assuring those gathered he believed he would be named the winner.