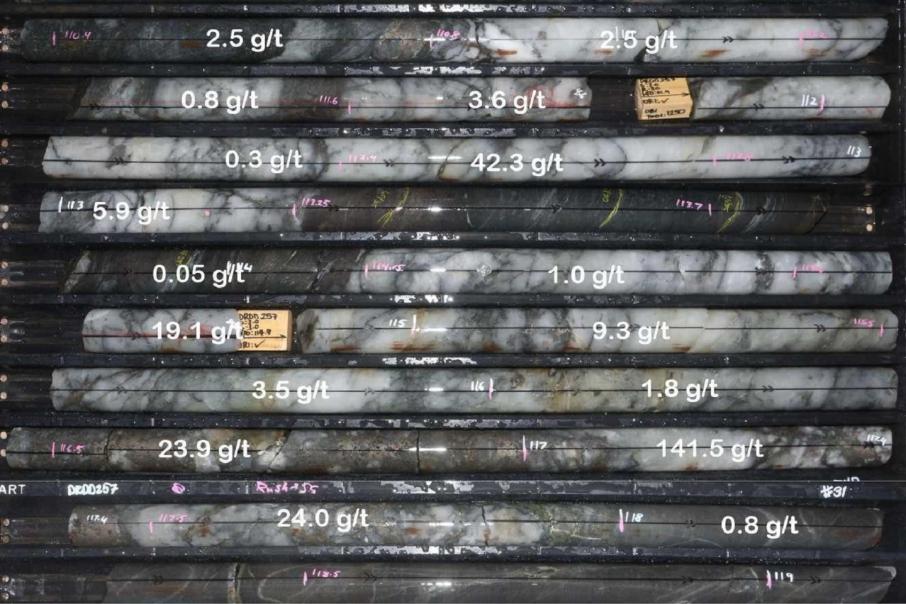 The ASX listed company continues to return solid numbers from a busy infill drilling schedule at the Tribune and Viago lodes, where 30,000 metres of a planned 80,000m program have now been completed.

They will target a number of significant, high priority, off hole, electro-magnetic conductors during the remainder of 2019.

The Bellevue project, which is located around 30 kilometres north of Leinster in WA’s Eastern Goldfields region, already has an inferred resource inventory of 1.8 million ounces at an impressive 11.1g/t gold, making it one of the highest grade undeveloped gold discoveries around.

It was previously mined between 1969-1997, producing 800,000 ounces from ore grading 15g/t, proving itself to be one of the most profitable gold mines in Australia.

Although Bellevue Gold had originally sought to find more gold along the faulted extension of the historic gold body, the company subsequently discovered a more complicated, but productive geological setting which has so far yielded most of the known 1.8 million ounce resource.

Within this setting the company is convinced that an extensive system of conjugate faults occur through which gold mineralisation has flowed and multiple ore bodies have formed.

All four of these shear zones and lodes are located within 400m of the historic Bellevue mine’s underground development and have a similar strike length.

Bellevue Managing Director Steve Parsons said:"Around 35% of the infill drill program has now been completed and we anticipate making significant progress by the end of the first quarter in 2010.”

“The company has also sourced a further two diamond core rigs to operate through until the end of 2019 to allow the assessment of what looks like a very large and significant target at the Deacon and Mavis Lodes discovery.”

“We now have six drill rigs operating over 1.8km of strike on this new discovery, taking the total rigs to eight on site.”