Bellevue Gold’s first pass step-out drilling at its Bellevue project northwest of Leinster in the WA Goldfields has doubled the strike lengths of the high-grade Viago and Tribune gold lodes. Notable results include 4m @ 14.8g/t gold and 6m @ 24.9g/t gold. The company expects to release an upgrade to the current resource of 1.5 million contained ounces grading 11.8g/t gold in the second quarter of this year. 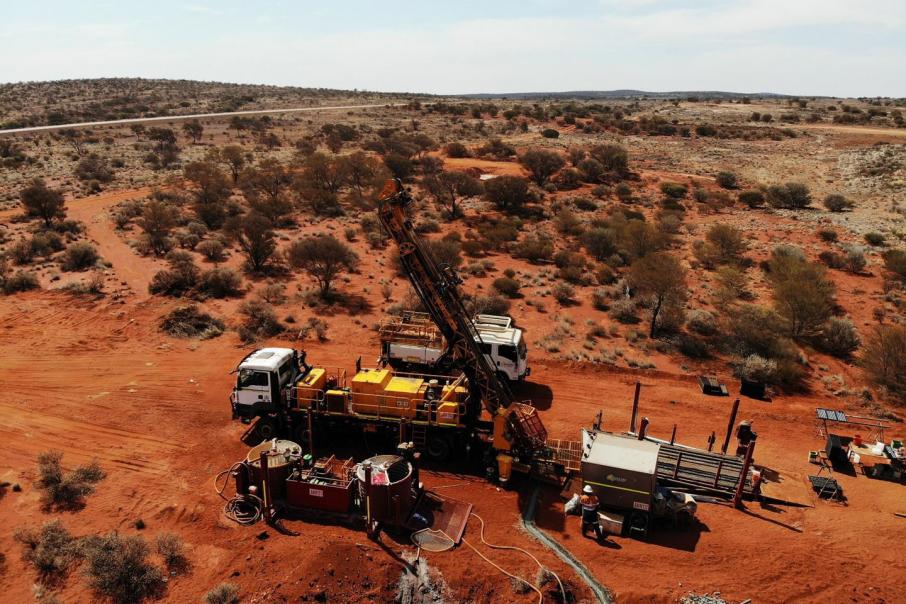 ASX-listed Bellevue Gold has received a taste of things to come at the Bellevue project northwest of Leinster, WA, with first pass step-out drilling confirming major strike extensions of the high-grade Viago and Tribune gold lodes.

Over at the Tribune lode, drilling has almost doubled the strike length of its mineralisation to over 1km with significant results of 6m @ 24.9g/t gold from 188m down-hole and 6.5m @ 22.2g/t gold from 96m.

Both Viago and Tribune remain open to the north and south.

Bellevue is planning to carry out more drilling testing north and south of Tribune whilst drilling near Viago will target newly identified down-hole electromagnetic conductors that are similar in nature to the original conductors identified within the Viago lode.

Four drill rigs are currently operating at the Bellevue project with three rigs focussing on holes that will be used to upgrade resources in the area while the remaining rig is dedicated to further step-out extension drilling to the south and north of Viago and following up new high priority targets identified by DHEM and updated geological structural targeting.

The company expects to release an upgrade to the current resource of 1.5 million contained ounces grading 11.8g/t gold in the second quarter of this year.

Managing Director Steve Parsons said: “We are extremely excited by this latest round of first pass step-out drill holes that confirm both Viago and Tribune lodes extend a significant distance both north and south and also that the high-grade mineralisation remains open.”

In February, Bellevue upgraded resources at its project by almost 50% thanks to successful drilling in the Bellevue Surrounds mineralised area.

This uncovered resources located from the surface down to a depth of 600 metres, which are adjacent to the historical mine development.

In addition, a significant amount of the newly modelled high-grade gold mineralisation is located much closer to the surface.

It benefits from proximity to existing infrastructure such as grid power, flights via Leinster, sealed roads, water and services at the Leinster, Leonora and Wiluna townships.

Bellevue has enjoyed a string of successes over the past year since turning its focus to the mothballed Bellevue mine and sending its shares rising nearly three-fold to today’s close of 59 cents in the same period.

The discovery of extensions to the high-grade Viago and Tribune and the likely resource upgrade could well continue this run of success. Watch this space.