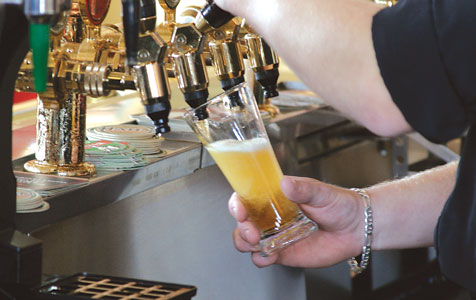 Hoteliers and bar owners are facing tougher trade conditions with new data showing alcohol consumption was at a 17-year low over the year ending June 2013.

Faring worst in the hospitality trade were those relying on beer sales, with figures from the Australian Bureau of Statistic showing beer consumption was at its lowest level in 67 years.

While the news is bad for liquor retailers, bars and cafes, it could also affect federal government coffers through lost excise revenue.

Wine consumption was also down, with the average 3.7L per person intake the lowest level in seven years.

It seems cider is becoming a drink of choice for many, with consumption of that beverage up to record levels at 0.17L per person.

CommSec suggests the change in drinking habits could be due to Australians preferring quality over quantity, which has been evidenced by the growing popularity of craft beers and the fact consumption has remained low despite alcohol affordability the best in 20 years.

It also says greater awareness of health issues, random breath testing, immigration and a greater variety in leisure pursuits could be playing a role.