Beazley praises our significant other

China may be top of mind for many businesses, but US investment here speaks volumes about the depth of Washington’s relationship with Australia. 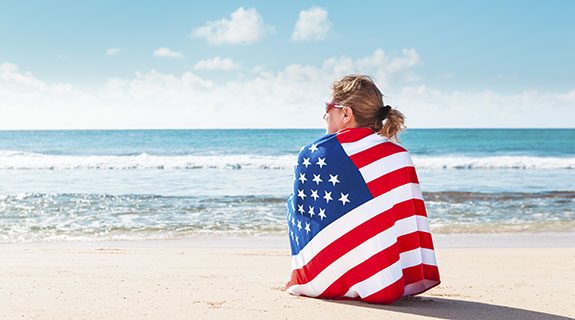 STABLE: Australia’s relationship with the US remains its top priority, according to Kim Beazley. Photo: iStockphoto/YinYang

China may be top of mind for many businesses, but US investment here speaks volumes about the depth of Washington’s relationship with Australia.

He presented his perspective of the now 75-year-old Australia-US partnership in a keynote address sponsored by the University of Western Australia’s Perth USAsia Centre.

Judging by his forcefully worded lecture to guests of the campus-based international affairs think tank, which focuses on Australia’s role in the Indo-Pacific region and the Australia-US-Asia triangle, his diplomatic appointment was among Kevin Rudd’s best decisions.

Mr Beazley began by saying Australian officials were not keeping up to date in their assessment of China.

“Basically our mindset is around the days when we got $130/tonne for iron ore,” Mr Beazley said.

“That’s gone. It will never happen again.  It is down at about $55/tonne now.

“It is not going to get much more than that.

“The sort of demand China has had for resources, which has driven the character of our economy for a long time – forget about it.

“We have to change our mentality on how we handle industry policy and we have to look at where we get our income from as a nation.

“We have to have a complete rethink of where we stand now.”

Following this pertinent warning, Mr Beazley challenged the growing orthodoxy that Australia’s future was tied to a pre-eminent China.

“Well, we don’t have choices. Not on that front, now, about where our most significant relationship is.

“That unquestionably, not only militarily but also economically, lies with the US.

More people from within Defence were working in Australia’s Washington embassy than from Foreign Affairs and Trade, he added.

“We spend in US defence industries $10 million a working day,” Mr Beazley said.

“My embassy manages something like 496 foreign military sales contracts.”

Among the many subjects addressed by Mr Beazley, the one I found to be particularly dramatic was the coming, for Australia, of a continent-wide air surveillance system; something resembling post-Cold War ‘star wars’ gadgetry, and will require Australian input.

Here’s how Mr Beazley described it.

“We are in the middle of the development for the first time in Australia’s strategic life, a comprehensive air defence of Australia that will be capable of dealing with all-comers bar one that decided to use nuclear weapons,” he said.

“We have got that entirely from the US; and that powerful air defence that is being built-up at the moment is a product of American genius.”

This truly dramatic news made attendance at the forum worthwhile.

“Because of the character of the relationship we have with the US, those systems that we get work at their very best,” Mr Beazley said.

“They work at an American standard.

“That is not necessarily the case in the outcomes of all American sales to all countries.

“We are developing new joint facilities related to the next generation of surveillance requirements.

“And in Western Australia, we are developing a number of facilities related to space surveillance and operations in space.

“That’s the next generation of joint facilities coming through.”

Canvassing the magnitude and diversity of US-Australian commercial links, he said, Australian business preferred investing in the US because judicial and other crucial considerations were fair and just.

“No point in arguing the toss on the assumption,” Mr Beazley said.

“And you can see it in the pattern of investment.

“That’s about 10 times, I think, Chinese investment, and that difference, even though China is coming up the list, is growing further apart vis-a-vis the US.

“The more interesting story is the other one; that is, Australian investment in the US, which now stands at a bit over $550 billion, rising at the rate of $30 billion annually.

“And that reflects heavily of course the fact that we have the fourth largest sum of money under management globally courtesy of our superannuation system.

“And a lot of that is indirect, not direct, investment because in the US you have safety; so an enormous amount of your superannuation money is currently being put by money managers into the US with a rising proportion as direct investment.”

Also not realised, he said, was the fact that 100,000 or so Australians work in the US, including: 20,000 in Silicon Valley near San Francisco, where many hundreds of Australian high-tech companies have operations; 45,000 in Los Angeles, working in media and related services; and 20,000 in New York, primarily in financial services.