Baskin Robbins is making a renewed push for expansion by opening 20 new stores across Australia within the next year, with the goal of increasing its store network by 25 per cent. 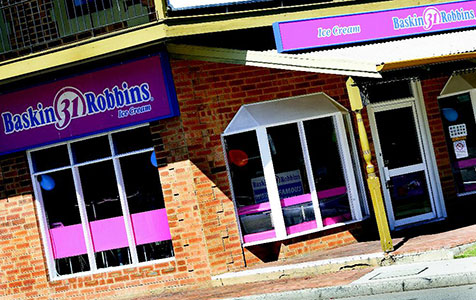 Baskin Robbins is making a renewed push for expansion by opening 20 new stores across Australia within the next year, with the goal of increasing its store network by 25 per cent.

“Each of the new stores will be offering all 31 ice cream flavours and will cater to families and the young at heart,” Baskin Robbins said in a statement.

The growing store network will consist of a mix of company-owned and franchise stores being opened across Western Australia and Queensland, with further expansion plans set for New South Wales and Victoria towards the end of the year.

Baskin Robbins has 15 stores in WA.

“Our growth is the result of strong demand for our brand from potential franchise partners and retailers alike,” Baskin Robbins general manager David Jordan said.

The expansion follows discussions between Baskin Robbins’ owner, Palm Oasis Ventures, and each franchise partner to form a refined vision and strategy for the brand.

“This collaboration process included a series of strategic planning meetings with all franchise partners across the country to share not only our vision but their vision for Baskin Robbins brand into the future,” Mr Jordan said.

One of the challenges the company faced was securing sufficient quality sites, he added.

“Although we have ambitious growth plans, our focus is on the long term and as such rigorous site selection is of upmost importance to ensure long-term sustainability,” Mr Jordan said.

According to Baskin Robbins, more than 560,000 ice cream scoops are sold every month from 78 stores across the country.

The first three of 20 stores are set to open towards the end of this month.