Barton to breathe new life into Tarcoola mine

Private equity backed Barton Gold has emerged with WPG Resources’ South Australian assets after WPG fell over in 2018. They include the Challenger underground gold mine and plant, the Tarcoola Project containing the Perseverance open pit and the Tunkillia gold deposit. Barton says the Challenger underground mine, that was so central to WPG’s story, is not a current focus and the real prize is Tarcoola and Tunkillia. 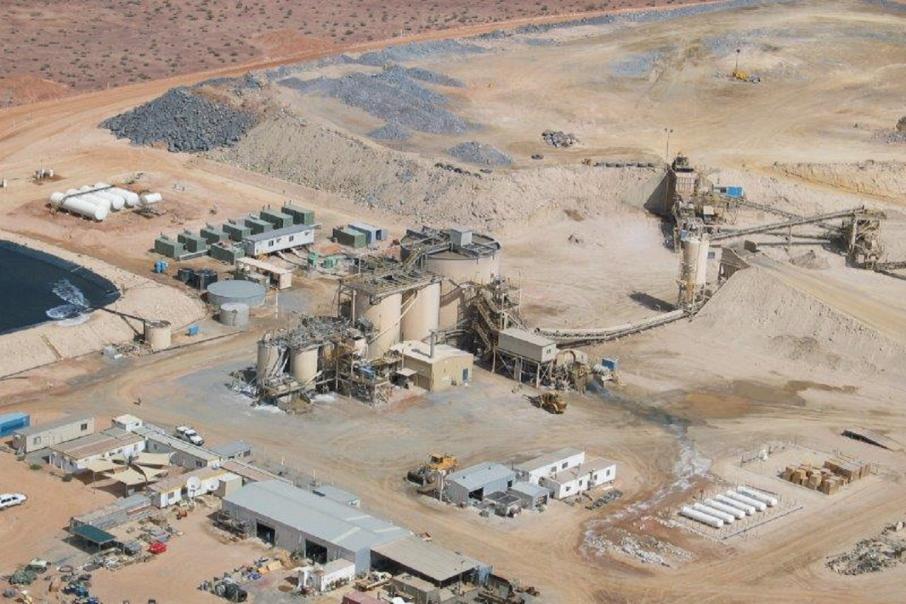 When ASX-listed WPG Resources went belly up in July 2018, speculation was rife about its aptly named Challenger underground gold mine that sits about 150km south west of Coober Pedy in South Australia.

WPG took on a lot of debt and was living hand to mouth, mining and drilling concurrently without the luxury of large saddle bags of cash that would allow it to fully drill test the ore body and methodically plan a way to mine it.

In June 2018, production even overtook exploration and all capital development on the Jumbuck decline had to cease pending the results of ongoing resource definition drilling with the associated mining fleet demobilised.

Like many assets that go bust, Challenger still had upside and whilst WPG was almost addicted to mining Challenger Deeps, it said at the time that other areas of the mine were also begging for attention – there was just no money to throw at them.

Not long before it went under, WPG said the area above the “215 shear”, including the “M3/SEZ structures”, had been providing good early gold results and required significantly more drilling.

Perhaps more notable was WPG’s view that the mineralised Challenger “SSW structure”, hit from an exploration drive underground, was never followed up and had the capacity to create “a new mining area in its own right”.

Why is all this important ?

Because a little known unlisted company by the name of Barton Gold has picked up all of WPG’s significant gold assets in South Australia after major secured creditor, Byrnecut Group, released its hold over them in a deal with Barton.

Barton is majority owned by boutique investment group, PARQ Capital, who has operated for some years in lockstep with expert mining consultancy and Byrnecut subsidiary, Mining Plus.

With backers that have been there and done it before, Barton has both the technical and execution capability to catapult WPG’s assets back to life and is looking to do just that with a plan to list on the ASX in early 2021 and restart the Perseverance open pit at the Tarcoola project later in that year.

Interestingly though, Barton says it has no interest in restarting the Challenger underground mine in the near term as the real opportunity rests with WPG’s lesser known but potentially more lucrative assets, the now abandoned Perseverance open pit and the Tunkillia gold deposit – both of which Barton picked up in the deal.

Whilst the Challenger underground mine received a lot of market attention when it dragged WPG under, Barton Managing Director and PARQ Director, Alex Scanlon, says that Tarcoola and Tunkillia could be company makers in their own right and the presence of the 650Ktpa Challenger mill and associated plant – and not necessarily the underground mine attached to it  – makes it all hang together.

When WPG went under, everyone at the Perseverance open pit, 120km away, simply downed tools and left – just as they had accessed the very high-grade ore for the first time.

Whilst the residual defined resource at Tarcoola is currently 45,000 ounces grading 1.7 grams per tonne gold, WPG’s March quarter reporting shows that it mined 64,000 tonnes going 4.53g/t gold, which was trucked to the Challenger mill to be blended with the underground ore

Just four months later, the Challenger underground mine had dragged the whole company under.

Scanlon says that the ore body at Tarcoola is still very much open and presents opportunities in multiple directions and many of them can be exploited almost immediately.

Barton’s plan is to raise $3M in the coming weeks from sophisticated investors with the assistance of PARQ Capital to drill below and around the Perseverance pit with a goal of identifying an initial +100,000 ounces that can be trucked to the Challenger mill for processing to get the party started.

The company says it has already identified 5,000  10,000 ounces sitting in the pit floor and another 25,000 plus 2-gram ounces below that, with most of the expensive stripping already taken care of by WPG. There is even ~11,000 ounces sitting in an abandoned stockpile at surface going 1.29g/t gold.

Tarcoola looks to be no orphan either as it sits within a lucrative 2km mineralised zone that threw up some impressive drill numbers for WPG who again, never followed them up.

Wider scout drilling by the former owners hit 22m grading 6.75g/t, 1m grading 21.41g/t and 2m grading 39.9g/t and all of these numbers come from less than 75m below the surface and are within only 1km of the pit.

The blue sky potential surrounding Tarcoola is stratospheric, with at least 600 artisanal workings all within a stone’s throw of the pit. The adjacent historical “Tarcoola Blocks” is said to have yielded around 57,000 ounces at  a ridiculous 43g/t gold.

The Tunkillia deposit that is about 70km South of Tarcoola adds yet another dimension for Barton’s suite of projects and may well be big enough to sustain a stand-alone mine in its own right.

Barton Management says Tunkillia is South Australia’s largest undeveloped gold only deposit and with 558,000 ounces currently defined in the ground going 1.41g/t gold, it was something of a sleeper for WPG who was always defined - perhaps unfairly - by its Challenger underground mine.

Barton recently re-ran the numbers on WPG’s prefeasibility study for Tunkillia using today’s gold price and US dollar conversion and the numbers are head-turning.

It estimates that Tunkillia as a stand-alone operation could spit out free cash of between AUD$402M and AUD$494M against an unlevered NPV of between AUD$261M and AUD$314M at a gold price of between A$2,500 to $2,750 an ounce.

CAPEX to build a plant at Tunkillia would be in the order of AUD$129M with a payback period of between just 1.6 and 1.7 years.

Barton believes the numbers could be even further improved with an optimisation of WPG’s initial vision for the plant and a re-modelling of the open pit designs and mine sequencing.

The company says the area containing the Tunkillia project is analogous to the major Kalgoorlie shear zone system that has sustained mining in that region for a century or more – interestingly, most of the shear at Tunkillia is still untested and remains open along strike and at depth.

At face value, Barton’s swag of projects would appear to have it all.

They are in a former mining region where commercial grade ore is known to exist, they have in-ground resources that can be cheaply accessed and sit within a broader goldfield that looks to be harbouring lots of goodies.

They could also be easily dragged into early cash flow via Tarcoola without blowing up the capital structure by issuing too many shares and the jewel in the crown is of course a fully functional mining plant – oh yes and it is attached to an underground mine that is estimated to still have an exploration target of some 519,000 ounces in addition to whatever is left in the stopes.

Barton’s biggest problem will be figuring out which cherry it ultimately wants to pick. For example, will the Challenger underground mine ride again – WPG still made a million dollars from it in its last quarter just from operations, so it is hardly a total basket case.

Does it truck its Tarcoola ore to Challenger and just get into quick and easy cash flow and steadily develop that cash-flow stream and park the underground mine for now ?

Does it drill Tarcoola out to the point where it can sustain a stand-alone mining plant and do away with the trucking – or it could pick up the Challenger plant and move it to Tarcoola?

Maybe it will build a stand-alone mine at Tunkillia, making use of the initial Tarcoola cash flows and perhaps the high grade ore from Tarcoola could be trucked to Tunkillia instead of Challenger to produce a long life, decent grade mine?