Barton set to drill out Tarcoola as native title cleared

Unlisted Barton Gold has achieved its native title clearances for an imminent 10 to 12-kilometre drilling program on ground around its mothballed Tarcoola high-grade open pit gold mine on South Australia’s Gawler Craton. Barton is targeting mineral resource additions below Tarcoola’s existing pit floor and adjacent mineralised structures where previous drilling threw up numbers like 22m at 6.75 g/t gold from 15m. 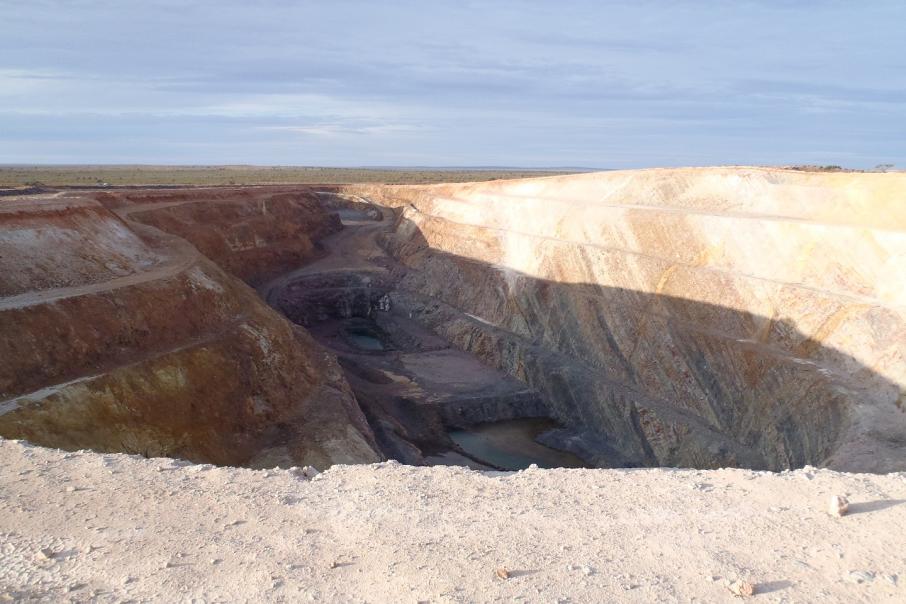 Unlisted Barton Gold has achieved its native title clearances for an imminent 10 to 12-kilometre drilling program on ground around its mothballed Tarcoola high-grade open pit gold mine on South Australia’s Gawler Craton.  Barton is targeting mineral resource additions below Tarcoola’s existing pit floor and its adjacent mineralised structures where previous drilling threw up numbers like 22m at 6.75 g/t gold from 15m.

The agreement includes drilling activities, which are subject to specific ‘no go’ areas.

The company said it would target a number of historical drill targets which have previously returned shallow, broad, high grade gold intercepts but were never followed up.  Barton said its Old Flame target will be an immediate, high-priority target as the company chases up repeats of existing hits of 2m at 6.42 g/t gold from 19m and 3m going 5.03 g/t gold from 28m.

Old Flame is just one of a number of high-grade gold targets sitting on a 1.5 km strike, along a north-easterly trend that runs from the old Perseverance Pit.  Other historical gold hits near the edge of the pit which were never followed up included 2m at a healthy 39.9 g/t gold from 73m and 4m at 3.24 g/t gold from just 7m below surface.

Prior to commencement of drilling, management said senior company representatives will meet with senior representatives of the Antakirinja Matu-Yankunytjatjara Community to conduct a joint site orientation. The parties will jointly visit and review Cultural Heritage sites to assess their current condition and ensure their protection and preservation.

Barton said it is now finalising its review for tender submissions for the drilling program slated to commence in late July and expected to run for approximately fifty days.

The company said it was already engaged in further discussions with the community regarding a new native title mining agreement covering the entirety of the broader EL 6210 tenement which surrounds the Tarcoola open pit mine.  EL 6210 covers an additional 1,183km2 in the Antakirinja Matu-Yankunytjatjara native title determined area.

Commenting on the Native Title clearances, Barton Gold Managing Director, Alexander Scanlon said: “We are very pleased to confirm our Native Title clearances for the upcoming drilling programme on the Tarcoola ML, and we thank our colleagues at AMYAC and the representatives for the Antakirinja Matu-Yankunytjatjara Community for their efforts and help to move this programme forward expeditiously. We are looking forward to conducting our joint review of local Cultural Heritage sites and to working in cooperation to safely and respectfully bring Tarcoola back to life as a regional SA mining hub.”

Tarcoola was put onto care and maintenance under previous operators who went into admin because of its other assets that were underperforming.

Interestingly, Tarcoola was mothballed just as it was starting to deliver some serious grades to the mill and with the prospect of high grade ore still sitting at the bottom of the pit, re-starting this asset is pretty much a no-brainer for Barton as it moves closer to its proposed ASX listing.