Private equity backed Barton Gold has laid its cards on the table and signalled its intention to list the ex-WPG Resources mining assets in South Australia on the ASX by appointing a top tier legal firm to handle its IPO. Barton is developing a plan to restart the mothballed Tarcoola project as early as the second half of 2021. 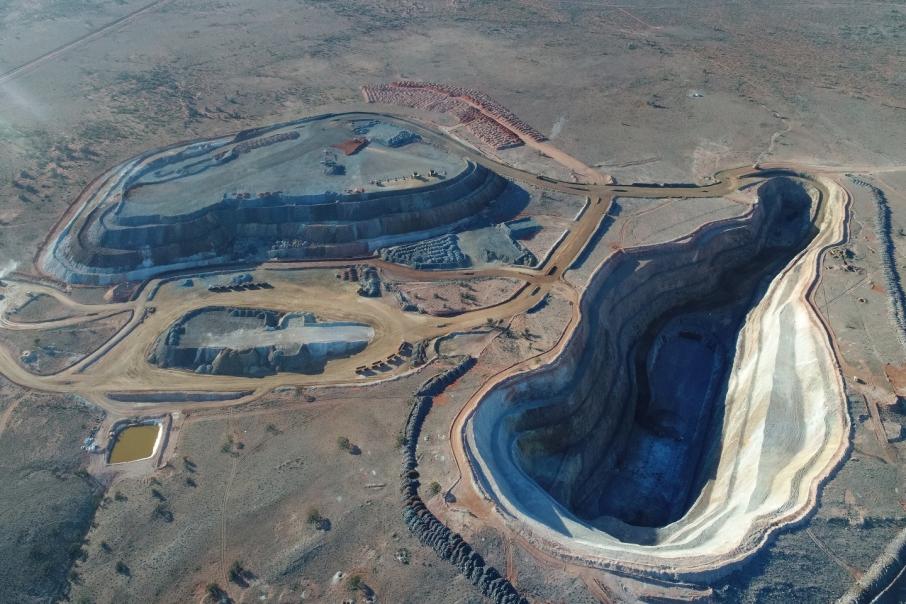 Private equity backed Barton Gold has laid its cards on the table and signalled its intention to list the ex-WPG Resources mining assets in South Australia on the ASX by appointing a top tier legal firm to handle its IPO.

Barton is developing a plan to restart the mothballed Perseverance open pit at the Tarcoola project as early as the second half of 2021 and Ashurst Australia will now handle the legals in the run up to the anticipated listing of the company on the ASX.

The appointment of Ashurst Australia as the legal representatives for Barton is curious given that Ashurst’s client list reads like an alphabetical list of large capped mining companies.

Barton said that Ashurst has been appointed to handle its IPO in Australia and “also in support of other corporate initiatives,” providing some indication that Barton may even be looking beyond the ex WPG assets for more opportunities in the lead up to its listing.

Barton picked up embattled WPG Resources’ Challenger underground gold mine and 650Ktpa operating mill after WPG went belly up in 2018.

The deal came gift wrapped with the Tarcoola Project that contains the Perseverance open pit that is about 130km south east of Challenger. This open pit was simply abandoned – and just as it was starting to deliver some seriously high grades to the Challenger mill- after the poorly planned Challenger underground mine dragged the entire company under.

Amongst the former WPG assets is the Tunkillia project that sits about 80km further south east of Tarcoola. Tunkillia is harbouring a cool 558,000 ounce plus resource that should also see some action after Barton lists. The company says the existing Tunkillia resource is the largest gold only undeveloped resource in South Australia.

The Perseverance open pit at Tarcoola is clean, ready to be mined and still open at depth, with previous grade control drilling results producing some off-the-scale numbers.

According to the former owners’, the residual resource at Tarcoola was 45,000 ounces grading 1.7g/t gold. However, Barton is planning to put its seed capital to work around August with a sizeable extensional drilling program at Tarcoola ahead of its plan to list on the ASX early in the new year.

The company said that new drilling results will provide a preliminary framework for its mine restart study, to be led by engineering and geological consultants Mining Plus.

Barton says that around 10,000 ounces of gold are just sitting on the surface of the Perseverance pit floor and another 25,000 ounces going greater than two grams per tonne gold are sitting just below that.

Notably, most of the pre-strip has already been taken care of and with the Challenger mill just up the road, the company can almost literally put a digger in the pit and turn the mill on.

Barton also noted that there is about 11,000 ounces sitting in an abandoned stockpile at surface grading 1.29g/t gold - conceivably providing more precious feed for its mill and early cash flows.

Barton recently re-crunched the numbers on WPG’s Tunkillia pre-feasibility study using today’s gold price and an up-to-date US dollar conversion and the numbers look quite compelling.

Commenting on the appointment of Ashurst as its legal counsel, Managing Director of Barton Gold, Alex Scanlon said: “We are pleased to have retained a firm of Ashurst’s calibre as we steadily progress our corporate and project development initiatives. The team are certainly ideally located to advise upon our IPO, but more importantly are well-suited to support and add considerable value to the Company’s other corporate undertakings. We look forward to working with Ashurst to build a new, mid-tier Australian gold company of institutional quality.”

Barton is majority held by boutique investment firm PARQ Capital who is an under the radar mover and shaker when it comes to picking up undervalued mining assets around the globe.

Well known mining consultancy firm, Mining Plus, often rides shotgun with PARQ and the combination of Mining Plus, PARQ and Ashurst hanging around Barton, provides something of an element of blue sky for the soon to be listed company.