A new wave of beer-focused venues is driving the continued evolution of Perth’s small bar scene. 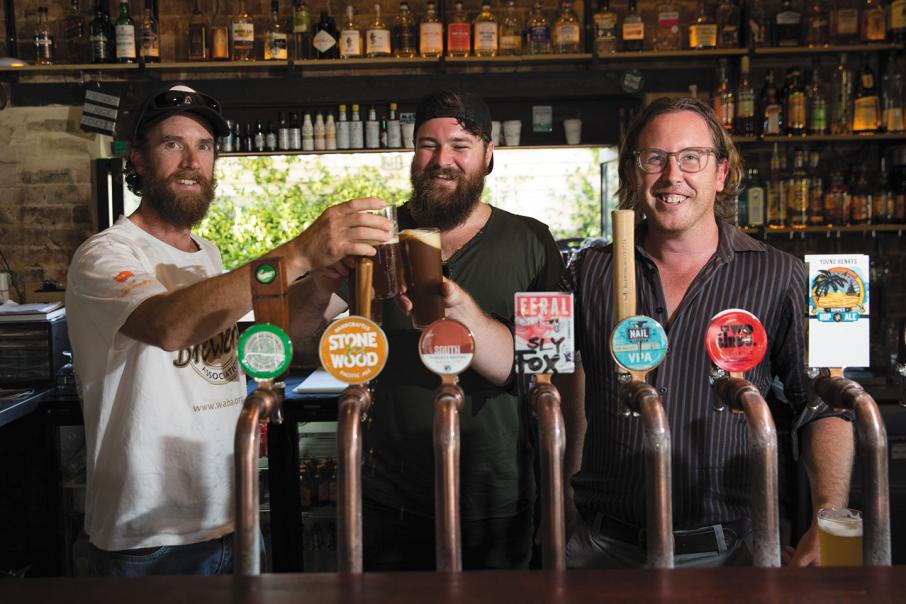 A new wave of beer-focused venues is driving the continued evolution of Perth’s small bar scene.

The craft beer scene is well established in Perth, with Fremantle’s Sail & Anchor laying claim to being the first brewpub in Australia, and Clancy’s Fish Pub in Fremantle having served boutique brews since 1996.

But a new generation of Perth beer bars is emerging, following the openings in 2015 of two venues widely considered to be at the forefront of the craft brewing scene – Dutch Trading Co in Victoria Park, and Petition Beer Corner in the CBD.

As small bars have grown in popularity, and in number, it has been rare for one to open without a significant craft offering.

That trend is indicative of the continuing evolution of the city’s nightlife, according to the venue manager of one of Perth’s newest beer bars, Caboose venue manager Wade Tregonning.

Caboose, which opened its doors late last year, is located within one of Mount Lawley’s oldest watering holes, the Flying Scotsman, and offers 12 rotating taps of craft beer.

“There used to be a big music market, but that’s really died down now and there is not much money in it for the band or the venue,” Mr Tregonning told Business News.

“We could have tried to do a cafe or food, but that’s just doing the same thing everyone else does.

“I got the confidence to do craft beer after I started getting introduced to a new brewer every week and a new distributor.

“And in the brewery scene, these guys are pumping out seasonal stuff left, right and centre, I can’t even keep up with it.”

Mr Ceglinski’s bar, Miss Chats, is located on High Street and offers six rotating taps, providing the opportunity for punters to sample the wares of local brewers and hard-to-find beers from elsewhere.

“For us, craft brewing is in an interesting place right now,” Mr Ceglinski told Business News.

“There is a lot of talent out there among the brewers, they are making some very interesting beers that just weren’t available five years ago.

“But like all businesses, the path to distribution is difficult for them if they’re not getting a lot of airtime, so we see ourselves as a great distribution point for them.” 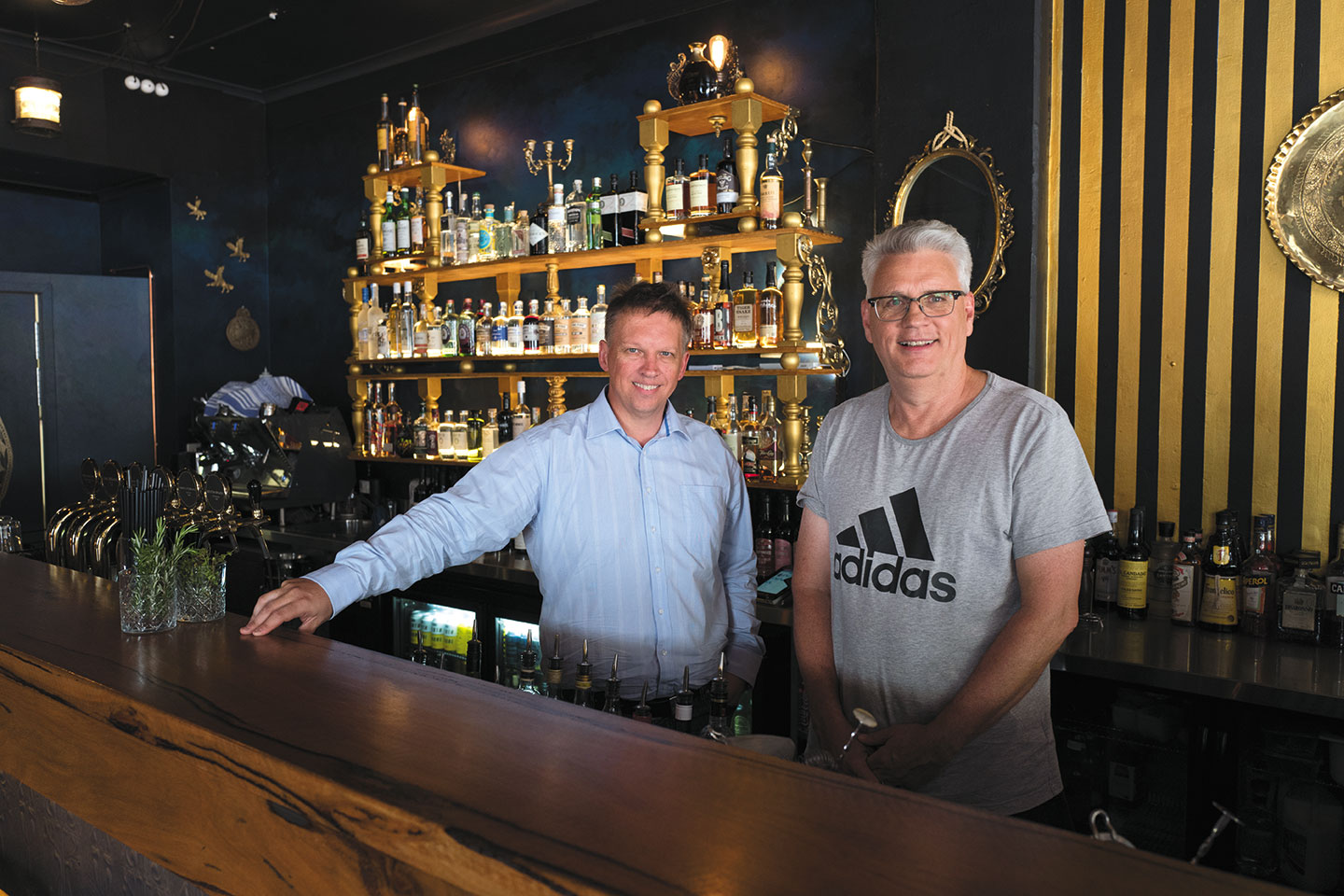 One of the newest entrants to the brewing side of things is South Fremantle Brewing, which began as a cooperative home-brewing operation between 10 beer-loving mates in 2014.

Following a few home brewing competition wins, and the core group being pared down to six, South Fremantle Brewing is now contract brewing its beer out of Three Rivers Brewing in Mandurah.

“Some of the big brewers that we’ve spoken to really like the fact that we’ve started off like this,” South Fremantle Brewing co-owner Eamonn Barnes said.

“We’re just six mates that just want to see people drink their beer at the pub.”

South Fremantle Brewing co-owner Mark Cornish said achieving that ambition could not have been possible without the support of small venues such as Percy Flint’s Boozery & Eatery, which has been pouring the brewer’s Session IPA since October last year.

“What we are seeing now, and what we hope keeps happening, is the places that are popping up, which are a bit smaller, are a bit more clued-in to keeping taps open for the craft scene,” Mr Cornish said.

“A lot more people are getting into it and getting interested in the beers as well, so (the venues) are not tying themselves down.”

In West Leederville, punters’ thirst for craft beer has provided the opportunity for Reece Wheadon and Paul Wyman to establish Nowhereman Brewing, a 160-person capacity brewpub expected to open around late April.

But Mr Wheadon, who has been involved heavily in the craft beer scene on the festival side of things for the past eight years, said he was mindful that the Western Australian beer market was getting close to saturation point.

“I would have liked to launch two years ago, that was probably the real sweet spot,” he said.

“We’re still probably in that sweet spot, but that said, I wouldn’t want to be entering the market in about 18 months’ time.” 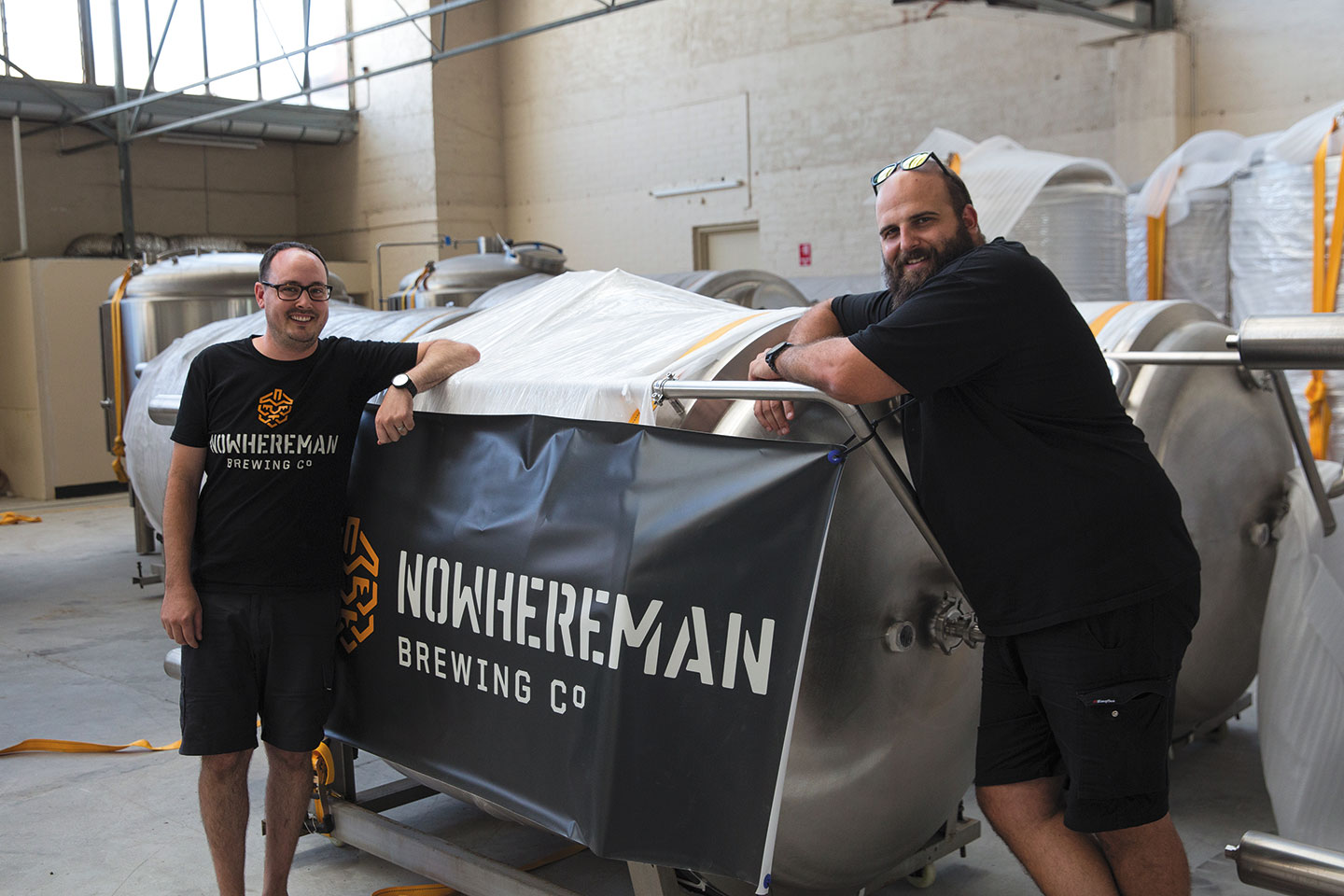 Reece Wheadon (left) and Paul Wyman are preparing to open a brewpub in West Leederville. 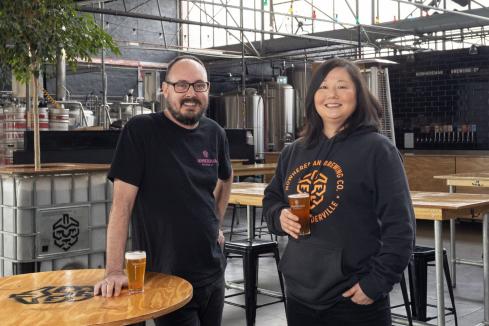