Barnett plan a casualty of coercion

The government lost the argument on council amalgamations because it was unable to prosecute the case for their alleged benefits. 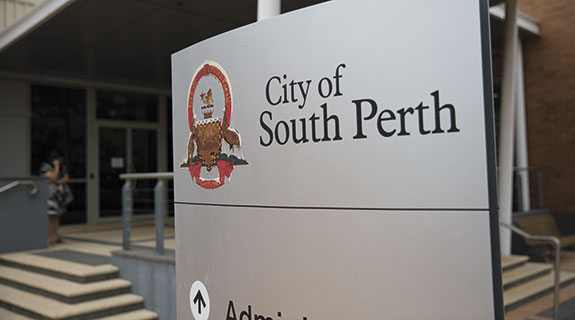 The government lost the argument on council amalgamations because it was unable to prosecute the case for their alleged benefits.

The words he chose to use when announcing the back down are telling, in terms of the implied criticism of his opponents on the issue: “I’ve got a responsibility to do all that we can to provide good government, we gave it and I gave it my best shot,” he said.

“We failed and I concede that … I’ve failed, I’ve put up the white flag.”

One post-mortem report had him claiming to be: “Disappointed that ratepayers in the failed amalgamation areas [Kwinana, South Perth, and East Fremantle] would not realise the significant benefits that merging would bring.”

Both self-serving response are wanting.

What in fact had occurred was that Messrs Barnett and Simpson opted for the coercive approach of forced amalgamations.

Unfortunately, neither ever presented factual reasons for discarding half of Perth’s councils, and even refused most ratepayers the opportunity to vote on their abolitionist moves.

Clearly neither harbours a strong democratic predisposition, preferring pre-modern rule by edict and bureaucratic decree, and expecting an obsequious and thankful public to toe the line.

The reason only six councils were allowed a vote on the issue was because the moves on the others were described as boundary adjustments, which were in fact amalgamations.

All this despite Mr Barnett declaring before the 2013 state election: “The state government is not to go down the path of widespread [local government] amalgamations.

“We do not intend to do what [Liberal premier] Jeff Kennett did in Victoria.”

And in an election eve Cottesloe electors’ newsletter he added: “There has been much said about local government over recent months.

“However, claims that the state government will use its powers to force such an amalgamation are simply not true.”

Strangely, none of the councils in his corner of metropolitan Perth (Mr Barnett lives in Cottesloe) are to be amalgamated.

Once election day 2013 was out of the way, Mr Barnett got down to work launching amalgamation moves through an entity called the Local Government Advisory Board, which reported to Mr Simpson.

Although he was disappointed at the ratepayers’ decision in East Fremantle, South Perth and Kwinana to reject (by a margin of three-to-one) an annexation by adjacent councils, he was not forthcoming on the ‘significant benefits’ amalgamating would have allegedly brought.

The referendum campaign I most closely monitored was that in the City of South Perth.

Over six or so months I often quizzed politicians, councillors, and campaigners, to identify any ‘significant benefits’ for the City of South Perth; but nobody could identify even one.

All evidence to hand, in fact, indicated the very opposite.

Mr Simpson could at any time have addressed South Perth’s ratepayers and listed his so-called ‘significant benefits’.

Not only did he fail to do so, none of his departmental experts ever showed up either.

No business plan was unveiled and so ratepayers concluded that all that was in it for them was boosted rates, higher remuneration for councillors and mayors, and more bureaucracy.

And $1 million or so of South Perth ratepayers’ funds was spent preparing for a forced amalgamation that was to come into play this July 1.

Thankfully the referendum put paid to that.

“This was a clear message from the electors, across all age groups within our electorate, that they were not swayed by the government’s ‘Yes campaign’ of intangible benefits against identified additional costs,” one local campaigner said.

“The community also recognised the ‘efficiencies in Town Planning’ and faster development approval, as suggested by Planning Minister John Day for what they would be – an integral part of de-sensitising the community involvement in our suburbs and neighbourhoods.

“We recognise that the councils that were allowed to vote were able to muster an overall turnout of more than 42 per cent of their electors (more than 56,000 formal votes from 132,000).

“The government obviously had not expected that voter turnout would be a threat to the minister’s decision, as council elections seldom achieve more than 23 to 25 percent of electors voting.

“The voluntary amalgamation voting meant that more than double the usual turnout would be required to achieve the Local Government Act’s requirement of over 50 per cent of the electorate actually voting; a massive task for any community group, in any area.”

So the coercive Barnett approach fell victim to people power, forcing its architect to put up the white flag.

But campaigners won’t rest until the Governor’s Orders, gazetted on Christmas Eve, of all times, are rescinded by Mr Barnett.

Only then will the threat of unilaterally imposed jumbo councils be removed.