Perth's small bar scene is developing a distinct Johnny-come-lately feel, with a host of new American-style venues opening across the city in quick succession. 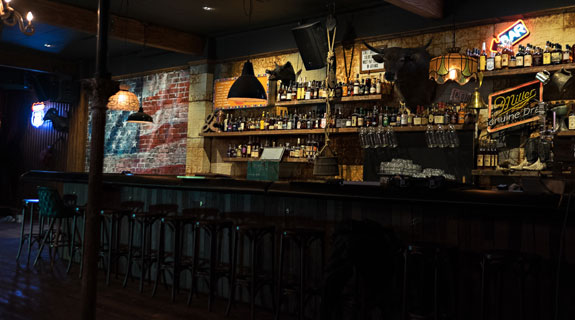 Perth's small bar scene is developing a distinct Johnny-come-lately feel, with a host of new American-style venues opening across the city in quick succession.

The latest is Alabama Song – a honky tonk bar in Northbridge developed by Lavish Habits founder Clint Nolan, who is behind a suite of other venues with a distinctly American feel to them – Joe’s Juice Bar, Sneaky Tony’s, and Pleased to Meet You.

The opening of Alabama Song came soon after two US-themed bars opened on Aberdeen Street in August – one an ode to Quentin Tarantino’s acclaimed film, Pulp Fiction, called Jack Rabbit Slim’s, and the other, Porky’s BBQ, delivering a range of low- and slow-cooked meats.

Other venues with an American twang to them include Varsity Bar in Nedlands, Old Faithful on King Street, East Village and Ribs & Burgers at 140 William, Chophouse at Cloisters, and The Game Sports Bar, which was born out of a redeveloped Aberdeen Hotel.

Of course the original American sports bar in Perth was Northbridge’s Mustang Bar, while Tony Roma’s has been serving ribs, burgers, steaks and other American fare at the top end of Hay Street since 2008.

The US craze doesn’t just stop at small bars; menu items like pulled pork, smoky spare ribs, and deep fried mac and cheese balls are popping up at pubs and restaurants across Perth, with bar-goers seemingly having an insatiable appetite for all things stars and stripes.

In the takeaway scene, Perth punters’ fondness for burgers seems to have morphed from gourmet to authentically American, aka unhealthy, if the offerings of Varsity Burgers and the highly rated Short Order Burger Co in Fremantle are anything to go by.

Mr Nolan said he believed the proliferation of American-style food and drink in Perth was a sign of changing eating and drinking habits.

“The dining culture in general has changed, and that fits in with what people want these days,” Mr Nolan told Business News.

“People are looking for something more casual and at a more affordable price point, because people want to go out more than one night a week.”

Mr Nolan said he wasn’t concerned that Perth was being flooded with American bars, as the diversity of the venues reflected the varied and diverse culture of the nation itself.

“All the venues are vastly different from each other, offer different things and are located in different areas,” he said.

“Everyone has their own slant on what the Americans are doing and the offering is completely different in all of them.”